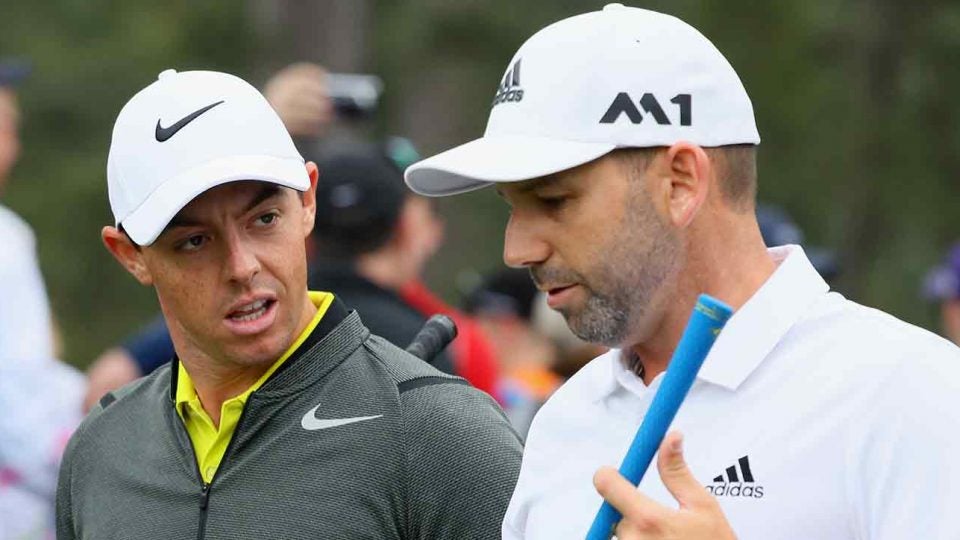 Rory McIlroy’s own Masters dreams didn’t come true this year. But that didn’t stop him from getting choked up about the tournament’s outcome.

Watching his friend Sergio Garcia win at Augusta produced strong feelings for McIlroy. “I cried. It was unbelievable,” McIlroy said at a press conference ahead the 2017 Players Championship Tuesday.

He was ecstatic when he was able to congratulate Sergio in person at his wedding to Erica Stoll in Ireland.

“The first time I saw him was when he got into our wedding on Friday night. I gave him the biggest bear hug, (and said), ‘This is unbelievable!'” McIlroy said. “Just to see what he’s been through, and his struggles, and for it to be there (at Augusta) … I mean, I’m getting goosebumps even talking about it. Sergio is a good friend of mine, he means a lot to me. It was a great story. I don’t think it could have really went any better than it did.”

McIlroy also revealed that he’ll be on groomsman duty at Sergio’s wedding to Angela Akins in July.