Rolling with Jason Day: Why speed, not line, is the most important part of putting

Jason Day became the best putter in the world in 2016, so it’s no coincidence that he finished that year as world No. 1. He was slightly off on the greens in 2017 but was resurgent last season, winning twice and again dominating on the dance floor. Yep, the cheery Aussie has renewed his focus on the flatstick and has made himself invincible—from short range in particular—once again. Plenty of players have taken notice, though it’s usually Day who’s dishing the compliments.

On set for the photos seen splashed across GOLF’s magazine pages, it was Jason propping up Dustin Johnson’s clubhead speed. He was effusive about Jon Rahm’s tight irons, and blown away by Tiger’s imagination with his wedges. But when the shoot shifted to the green, the hyperbole shifted to Day. “I mean, I think he was No. 1 in pretty much all categories,” Dustin Johnson said. “Who can claim that?”DJ’s right: In 2018, Day led the PGA Tour in strokes gained putting, and he was nearly perfect from short range: Day made over 90 percent of putts from inside 10 feet (2nd on Tour), and 78.4 percent of his putts from 4 to 8 feet (1st).

There’s no discounting the work that Day, 31, puts into his putting game. He estimates that at least two and a half hours each day are dedicated to putting. For those golfers less able to put in that time (that’s you, pal), Day has some hacks to focus on. 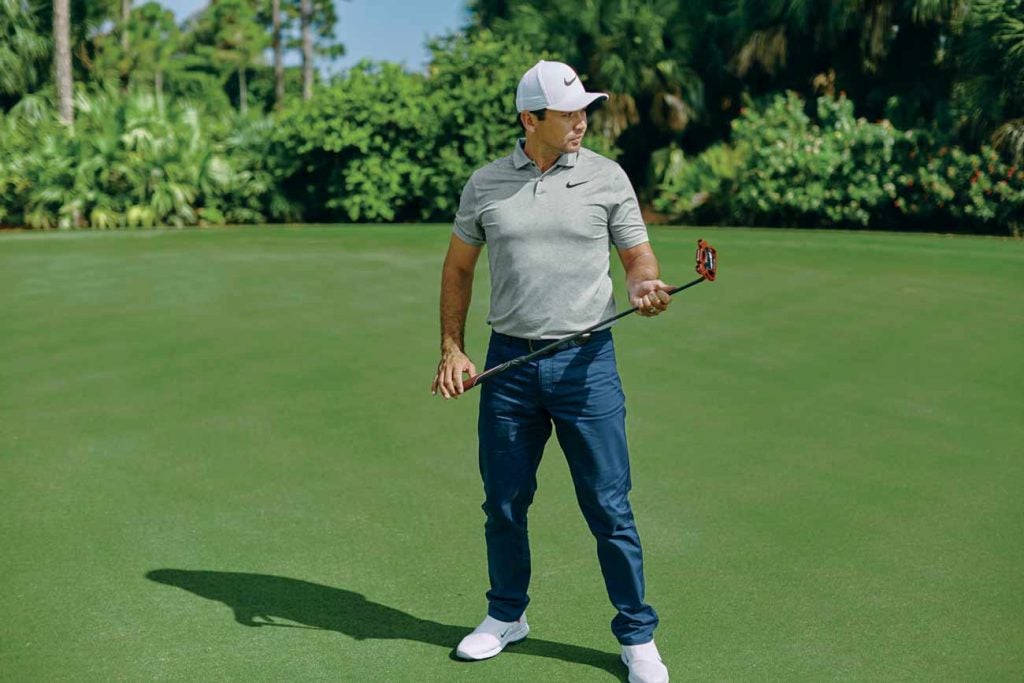 “When you’re standing over the ball at address, it’s hugely important to find a comfortable eyeline. This is true for full-swing shots and absolutely critical on the greens. Over the years I’ve worked with several vision experts to make sure what I’m seeing is correct and distortion-free. A lot of them talk about ‘parallax error.’ Sounds bad, right? It is, especially when your job is to sink putts for a living. What it means basically is that you see different lines based on the perspective you establish as you set up to the ball. I’ve studied it myself: If you stand too far away from the ball, you’re going to see one line, and if you stand too far over it you’ll see a different line. You need to find the correct distance from the ball that syncs what your eyes are telling you with the actual ball-to-target line on the ground.

“My advice: Experiment with different setups and take stock of what you see. I like my eyeline just inside the ball and my left eye just a little bit behind the ball, as in away from the target. That’s where I start. I remain focused on the cup the whole time I’m aiming, even as I get into and adjust my setup. The hole sets up your body.”

PUTT FROM A STABLE BASE

“Once your eyes are set, it’s important to get your body in a stable position from which you’ll be able to make a steady stroke. Just like a full swing or a bunker shot, to get the ball from where you are to where you want it to go consistently, you need good fundamentals, from your feet to your knees to your hips and shoulders. I stand up slightly at address and keep a natural ‘Y’ shape to my elbows, with a nice gentle bend. Then I check that the line from the hosel all the way up the shaft and the ones created by my forearms are very similar and very straight and all on the same plane.

“Once I start the putterhead back, if I’m thinking about anything, it’s about keeping my knees and my head as steady as possible throughout the hit. If I’m moving my knees by swaying left or right, or backward or forward, the putter can drag off or push forward. If I suddenly move my head by looking up, it’s likely I’ll catch the ball on the toe or the heel. With either error, I’m going to miss.” 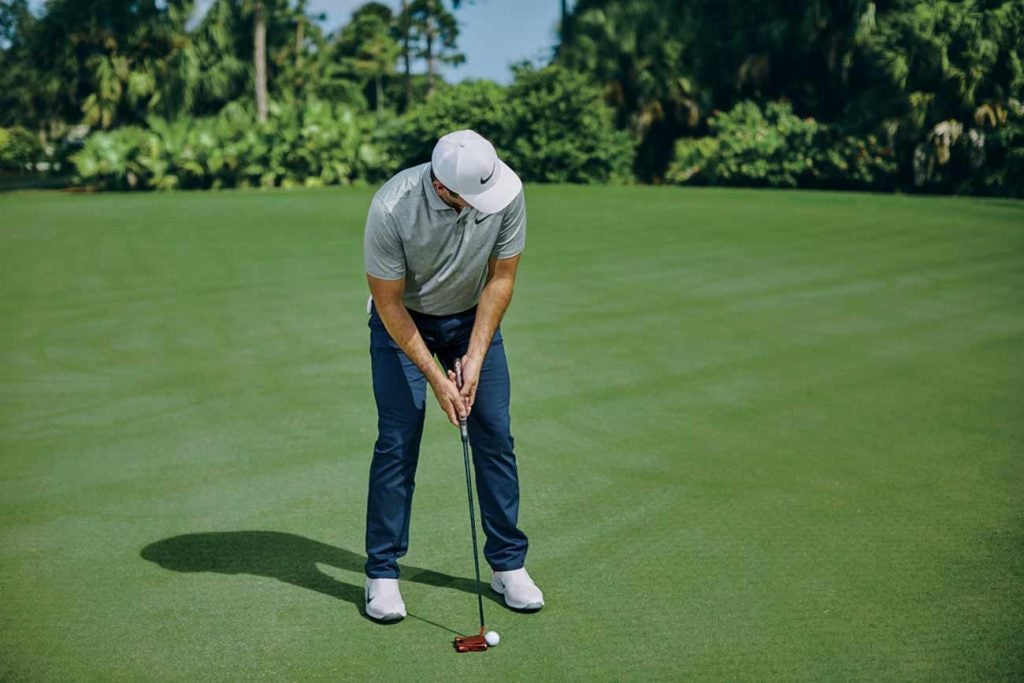 “I stress speed all the time, more so than line. Say, for instance, you don’t have the correct line but you have the correct speed. As professionals, we will never miss left or right more than two, three feet at the absolute most. So if you’re hole-high then you’re still not far away—that’s an easy two-putt. But when your speed is off and you’re rolling it four feet past or two feet short—and you’re also wide left or right by two feet—now you have problems. That’s hardly what we call a ‘gimme.’ Plus, when your speed is off, your subconscious mind starts playing games with you: ‘Hey, man, did you hit that off the toe? Did you decelerate? Was your backstroke too short?’ That’s a lonely place to be. Eventually, you’ll start unnecessarily tinkering with your stroke.

“I mean it: It’s better to miss left or right than too long or too short. If you keep the focus on speed, you’ll start to develop a consistent roll. And with consistency, you’ll draw better lines to the target. Your focus will skyrocket, and so will your confidence.

“Try this: Simultaneously practice your line and your speed. Peg a tee two feet behind the hole on the practice green. Pace off 15 feet, drop seven balls on the green, and start rolling putts. The goal is to see how many balls you can get between the hole and the tee or in the hole itself. Set up a points system: 1 point for a putt that ends up between the hole and the tee, 3 points for a make and -2 for anything that comes up short. Then go back to 30 feet. Keep a log of your best scores from both distances. When you set new highs, you know you’re improving.” 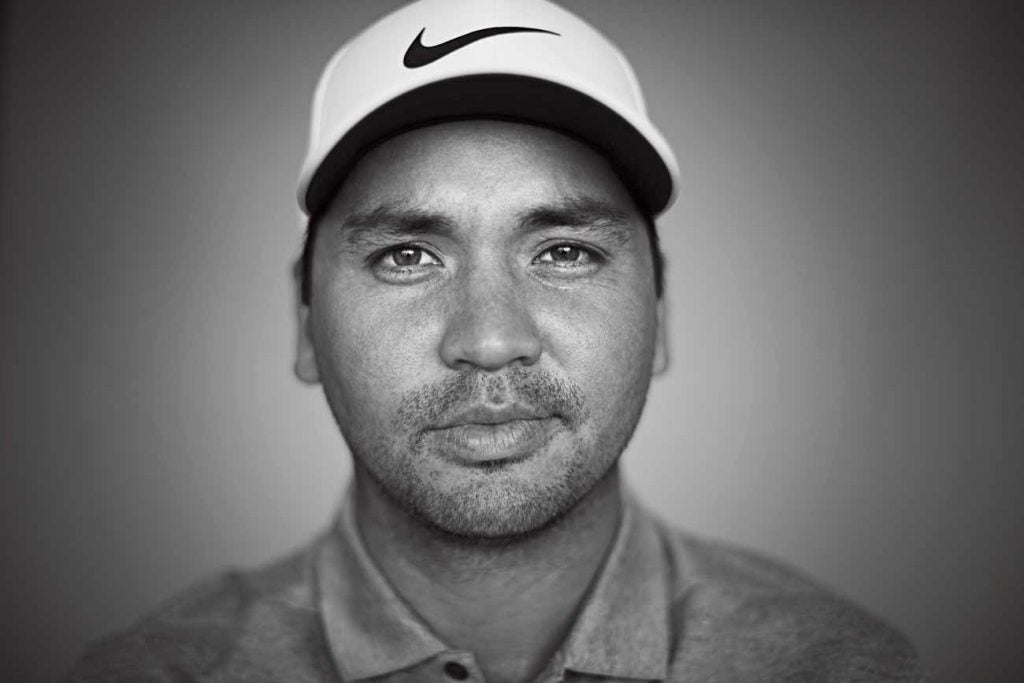 “His feel is really good. So is his speed, and he’s very good at reading greens. I mean, world-class. Jason gets the ball rolling quicker—that true roll—and better than anyone out here.”

“Look at his pace and his stability—the guy doesn’t move an inch when he putts. Just his shoulders. Everything else stays perfectly intact in that little hunched position he has. By limiting extra movement like Jason does, your stroke becomes consistent and easily repeatable. Your ability to control pace goes through the roof. There’s a reason why he doesn’t miss inside six feet.”

THE GEAR THAT MADE IT HAPPEN

“When you watch Jason Day putt, you see something different. He and Dave Stockton, the two best putters I’ve ever seen, both get the ball into what we call ‘pure roll’ incredibly fast. Good putters achieve pure roll within 10 to 25 percent of the total putt length after contact. For example, on a 12-foot putt, the best in the world achieve pure, skid-free roll within three feet of the point contact is made. Obviously, you want that number as low as possible. Jason’s ball gets into pure roll more like 7 to 8 percent after it’s struck. He’s at the very top of the putting pyramid. We like to think that TaylorMade technology has a hand in that. Our pure roll inserts, where we put a groove in the insert that’s at a 45-degree angle down, can provide anywhere from 25 to 50 rpm more topspin, period. And as a player, that allows you to be more efficient and to keep your putts on line.

“Jason’s been through some ups and downs with his putting. In 2016 he was top of the world; in 2017 he fell off a bit of a cliff. We didn’t have an understanding of what had happened. I mean, with driver, we can look at numbers—launch, conditions, spin—and offer corrections. With putting, we never had that kind of data until we installed Spider Interactive with Blast Motion. Using these tools, we found that Jason’s timing had slowed. So he worked on getting a little quicker, closer to the .6s (backstroke) and .3s (forwardstroke) numbers we’re looking for. With this change, Jason got that 2016 feeling back, and sure enough, he got back to being the number-one putter in the world.” 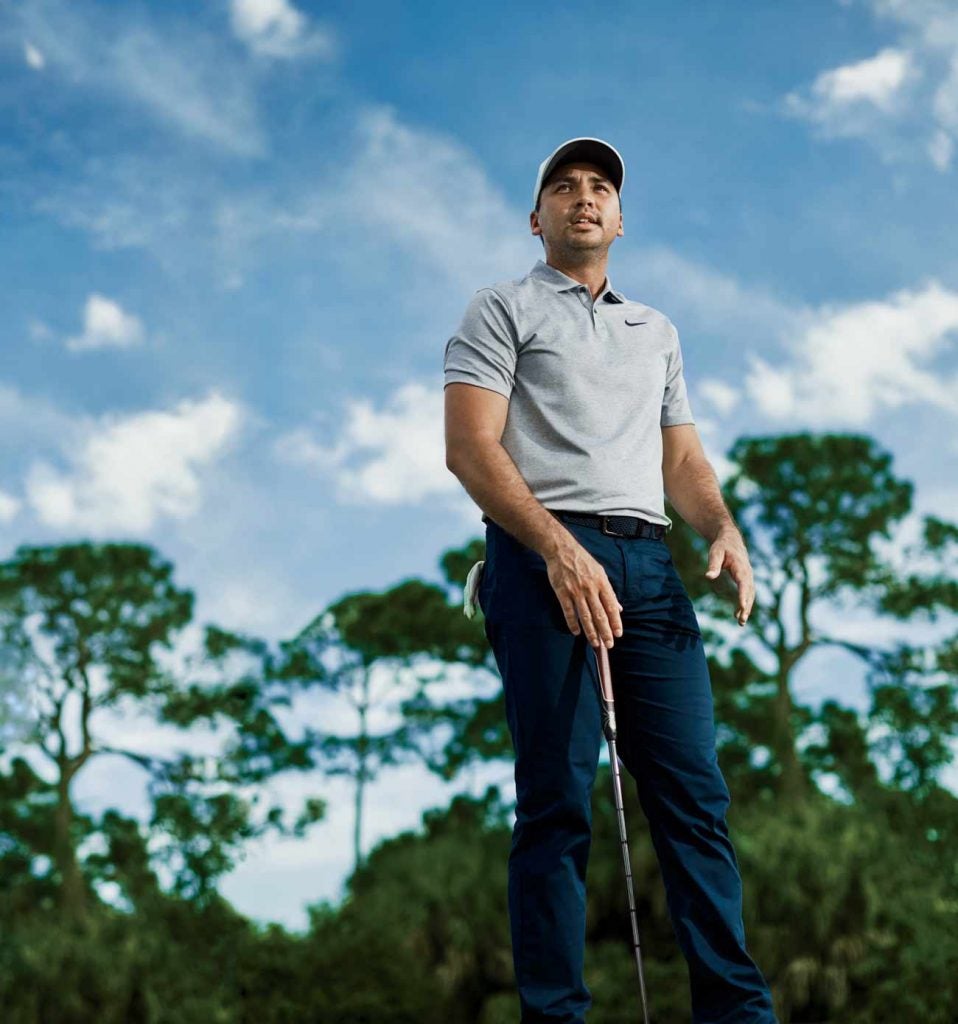