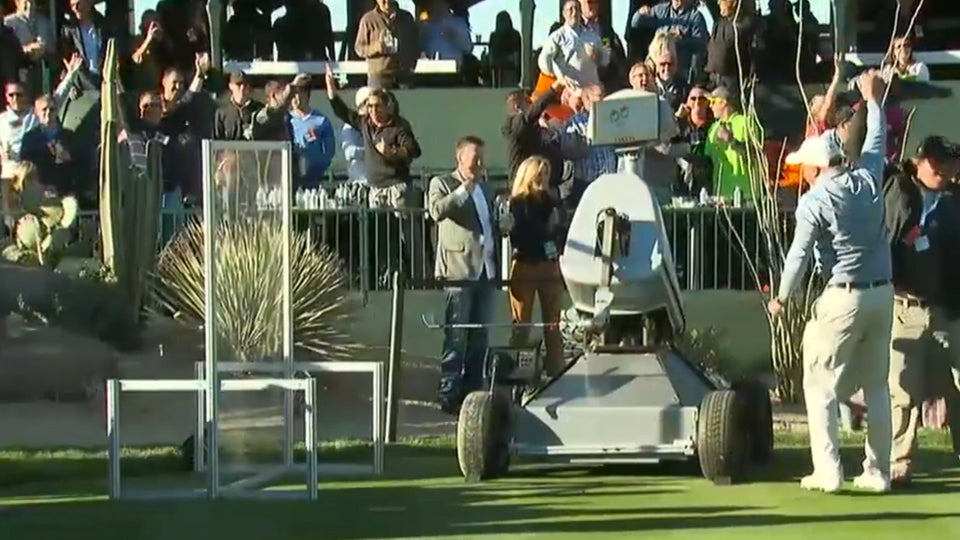 The crowd around the tee box at the 16th at TPC Scottsdale celebrates the ace made by the robot named Eldrick.
Golf Channel

The loudest hole in golf — the 16th at TPC Scottsdale — had a pre-party on Wednesday, and the guest of honor was a robot. Really.

During the pro-am of the Waste Management Phoenix Open, a robot named Eldrick recorded a hole-in-one on the 16th, electrifying TPC Scottsdale’s famously raucous crowd.

It was only the fifth time Eldrick, which is partially owned by CBS Sports commentator Gary McCord, had taken a swing.

Keep in mind, the robot is only the second Eldrick to ace the hole. You remember the first, don’t you?