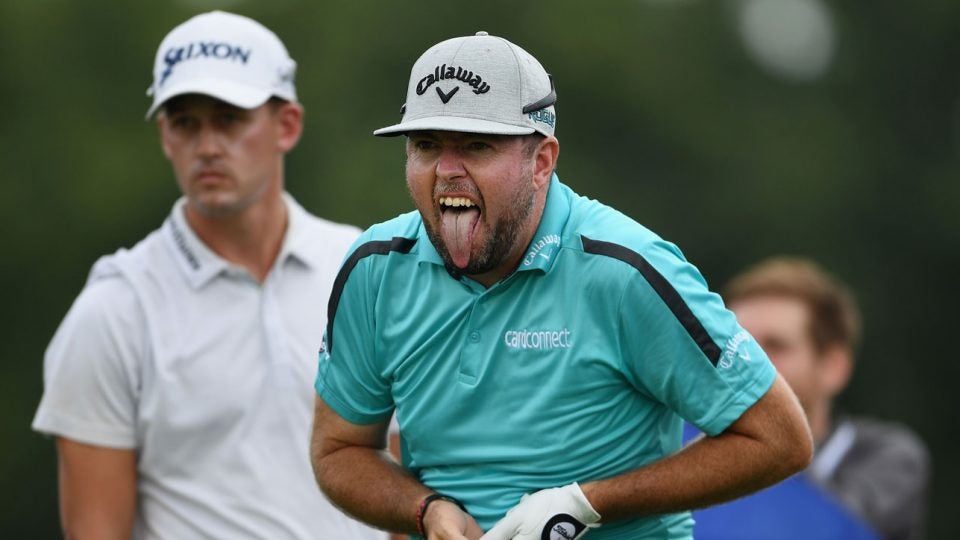 Robert Garrigus reacts to his shot on the 17th hole Thursday.
Getty Images

OAKVILLE, Ontario — Robert Garrigus made a birdie after a rock saved his ball from water and had a one-stroke lead at 9-under 63 when first-round play in the RBC Canadian Open was suspended Thursday because of high wind and potential lightning strikes.

“Hit it right in the middle of the water, and it hit a rock and bounced over the thing,” Garrigus said about the break on the par-5 13th.

The 40-year-old Garrigus won his lone PGA Tour title in 2010. He made five straight birdies on Nos. 2-6, then birdied four of the last six holes — three of them par 5s. 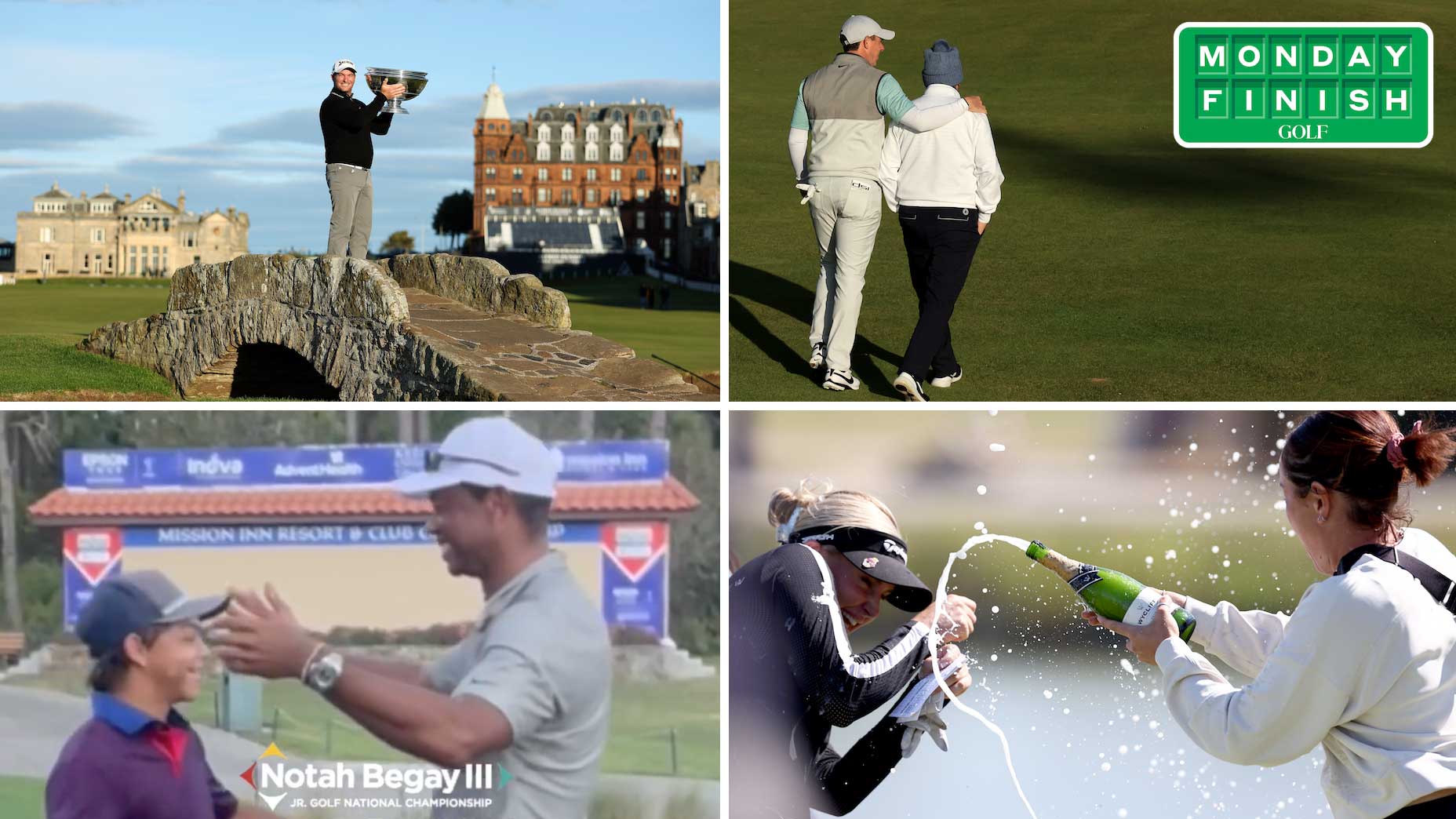