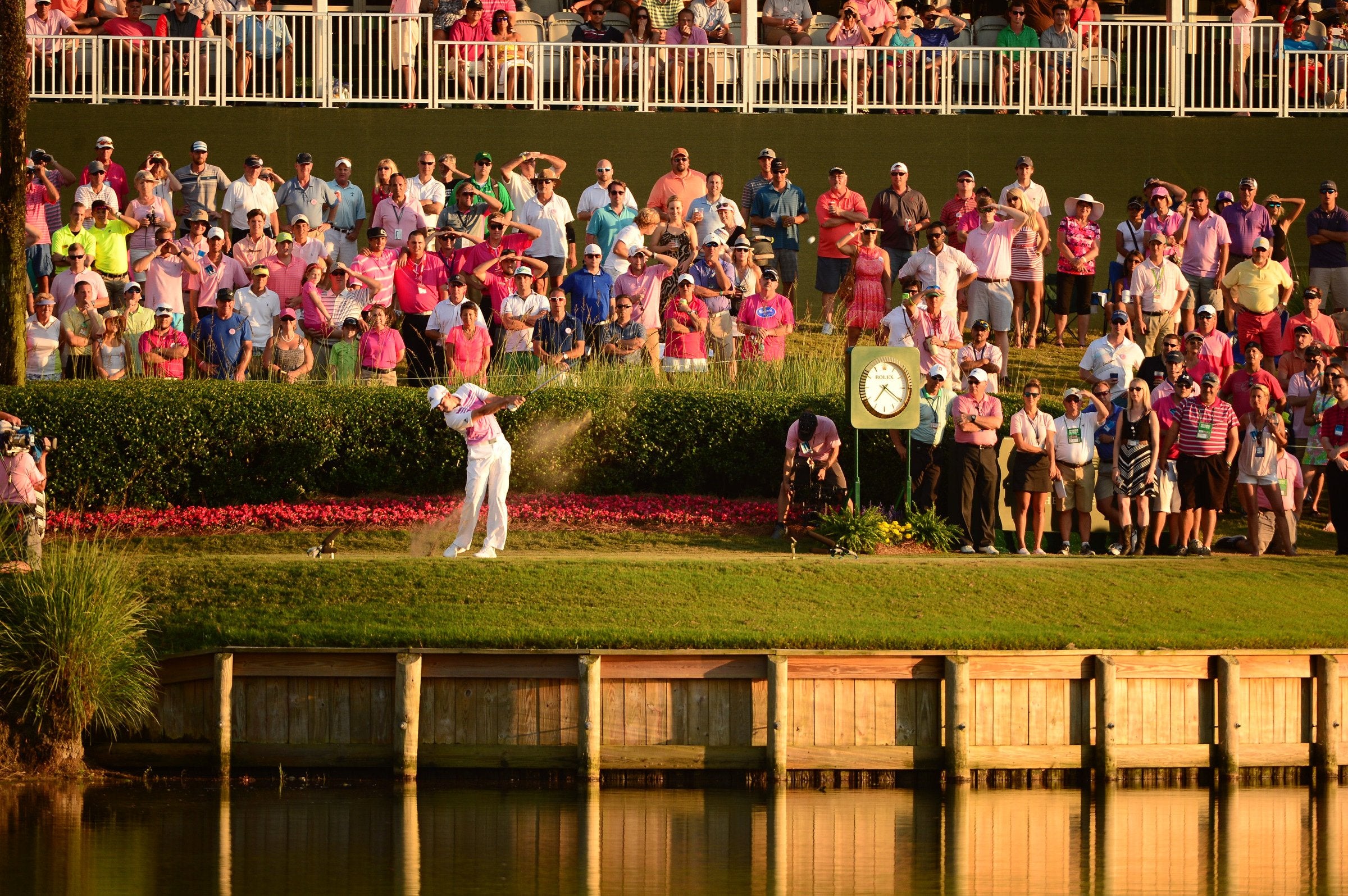 Rickie Fowler tees off on the 17th hole at TPC Sawgrass during the final round of the 2015 Players Championship.
Carlos M. Saavedra / SI

Fans will remember Rickie Fowler’s dramatic playoff victory at the Player Championship, but the truth is, he won this tournament on Sawgrass’s final nine holes.

Fowler shot 31 on the back nine on Sunday, tying Davis Love III’s 2003 mark for the low final nine holes for a winner at the Players. The difference between Love’s 31 and Fowler’s was Love birdied 10, 11 and 12, then added an eagle at 16.

Fowler, on the other hand, finished birdie-par-birdie-eagle-birdie-birdie. Only one player in Players Championship history can claim to have played the final six holes in six under, and that was Rocco Mediate, who birdied the last six holes in the final round in 1996.

Since the first Players Championship in 1983, 14,377 tournament rounds have been played, and Fowler is the only person to finish birdie-eagle-birdie-birdie. Four players have finished their round eagle-birdie-birdieL Curtis Strange in 1989, Phil Mickelson in 1996, Tommy Tolles in 1997 and Charlie Wi in 2013.

Fowler’s birdie at 18 is only the fourth time that a champion has made a birdie on the 72nd hole. Steve Elkington was the last to accomplish the feat in 1997.

Fowler simply outplayed his competitors on the course’s crucial finishing holes. Here is how the three players did for the week on 16, 17 and 18 for all four rounds and the playoff: