Donald Trump’s golf empire may be worth far less than he has indicated, according to experts and standard appraisal measures within the golf industry.

Trump released financial-disclosure paperwork Wednesday that claims his 16 golf courses or properties are worth somewhere between $550 million and $675 million. However, according to CNBC.com, golf courses are typically worth 1 to 1.5 times their annual revenue. Several of Trump’s courses are valued at two to four times the standard measure in his financial-disclosure paperwork.

If standard measuring practices are used in valuing the worth of Trump’s golf holdings, the number falls somewhere between $160 million and $250 million. That estimate is based off the combined annual revenue of Trump’s courses, which he reported at less than $160 million.

Trump’s inflation of the value of his golf holdings is likey based on money he’s spent on renovations. “But that is a common fallacy in the golf business,” as CNBC.com notes, “where the price of capital improvements rarely, if ever, carries through to the bottom line.” 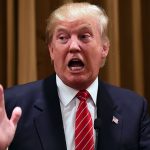 According to Trump’s filings, at least nine of his courses are worth $50 million or more. However, in 2013, no course in America sold for that much and, in 2014, no golf course sold for more than three times its annual revenue, according to the Society of Golf Appraisers. Many of Trump’s courses are valued between two wide-ranging numbers, and experts say the reports aren’t detailed enough to estimate more precisely.

For example, Trump claims Trump International Golf Links in Scotland is worth $50 million despite golf-related revenue of only $4.3 million last year. In a 2013 article written by Larry Hirsh, president of Golf Property Analysts and founder of the Society of Golf Appraisers, Hirsh writes, “The value of golf course properties is almost exclusively driven by their income-generating potential.”

Hirsh also told CNBC.com that, “Golf courses are like new cars. You drive them off the lot and they’re worth half as much.”