Remembering Sandy Tatum, a golf ambassador with an unadulterated love of the game 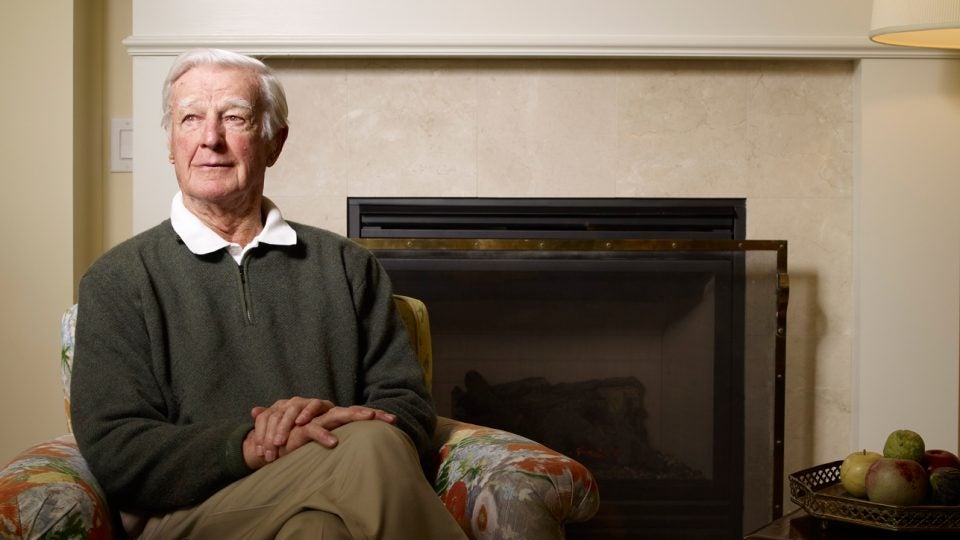 One of the things I loved best about Sandy Tatum, who died Thursday at 96, was how despised he was by so many top players. I’m talking about guys who won major championships. They thought of Tatum as the USGA president from central casting, with his patrician bearing and his pipe, his $5 words. They thought he was high-minded and egotistical, a self-appointed golf god. And to a degree he was.

Yes, he had resounding admiration for Bob Jones, for Arnold Palmer, for Jack Nicklaus, for Tom Watson, men he knew well. But he didn’t think they understood golf in toto (the Latin is a tip of the hat to Tatum) any better than he. That gave him the courage of his convictions. In his long tenure as a pro bono USGA official, the organization was the stern father of American golf, and father knew best. The game was better for it.

At the airless 1979 U.S. Open at Inverness, the journeyman Lon Hinkle found a first-round shortcut on the eighth hole by playing a tee shot with a 1-iron into the neighboring 17th fairway and then a 2-iron to the green. He turned a three-shot par-5 into a par-4. Tatum, then in the second year of his two-year term as USGA president, oversaw the overnight planting of a 15-foot spruce in an effort to block that route to the green. Telling me about it years later, Tatum said, “The players complained. ‘You’re changing the course, you’re changing the course!’ I said, ‘We’re rectifying a problem.'” He was a Stanford-educated lawyer and a dean of the San Francisco bar. He could make words dance. The Hinkle Tree is a footnote in the game’s lore.

As is Tatum’s best-known line, uttered at the (yes) airless 1974 U.S. Open at Winged Foot. The course was not impossible but close, and the reporters wanted to know if the USGA was trying to embarrass the best players in the world. “No,” said Tatum, then the chairman of the USGA’s Championship Committee. “We’re trying to identify them.” That’s what they did. Hale Irwin won, shooting seven over. Other players in the top-10 included Nicklaus, Watson, Palmer, Gary Player, Tom Kite, and Lou Graham. No, it wasn’t Brooks Koepka’s 16-under winning score at Erin Hills that sent Sandy to his maker on the Thursday after U.S. Open Thursday. (The man was 96. There’s such a thing of dying of old age.) But it couldn’t have helped.

Tatum was an oak and his vitality was extraordinary. We started as pen pals, circa 1993. I had written a book that contained a reference to a secret, primitive six-hole course in a remote Scottish hillside, and Tatum and Bill Campbell, another former USGA president, had found it and played it and reported back to me their experience. We had games at the San Francisco Golf Club, Pine Valley, Philadelphia Cricket and some other places with fast greens and busy caddie yards. On an impossibly hot, still day, we played a new Northern California course he had had a hand in designing called The Preserve. It’s hilly, winding, long and remote. By the end of it I was parched and exhausted and out of balls. Sandy was fine. He was 79, had carried his own bag and he hit it flush from start to finish and might have broken his age. I know he did in a game at Pine Valley. He won the 1942 NCAA title for Stanford, while the Cardinal won the team title.

Tatum was a first-order clubman, to be sure, but his heart was all over San Francisco’s public golf scene. The clubhouse at Harding Park bears his name, for the work he did in overseeing its restoration. His devotion to San Francisco’s First Tee program and the kids who came through it was thorough and genuine. Watson will tell you that there were few people on this earth, if any, who had more unadulterated love of the game than Tatum. He enriched the golfing lives of more people than he could possibly know. He took deep pride in the role he played in the golfing life of a San Francisco public golfer named Alexandra Wong, who played her way to Princeton. To Sandy, golf and an education were the great equalizers.

He knew Tom Watson’s father, Ray, at Stanford in the 1940s, and he had a long, close relationship with Tom. They played many years together in the old Pebble Beach Pro-Am and traveled and played through Scotland together as well. People sometimes thought that Watson was like a surrogate son to Tatum but that is not really accurate. They were fellow golfer and close friends. I once asked Tatum if he had talked to Watson about his playoff loss at the 2009 British Open, when Watson was 59. “No, the subject’s too painful,” Tatum said. “For me.” When Watson makes a recreational golf trip to Scotland next month, it will be impossible for him not to think of Tatum.

There’s too much to tell here, and a lot of his life is from a lost world. He had a gay actor brother who was married for a period to Phyllis Diller and became her manager. The family lived in the Los Angeles of Chinatown and Tatum’s father was a boom-and-bust real-estate man who lived rich even when he wasn’t. Tatum biked to Wilshire Country Club as a kid with the bag on his back and spied on Howard Hughes playing golf with Katharine Hepburn, recalling her red lipstick 60 years later.

He was an incredibly open and progressive man and he felt the U.S. Open should be open to women golfers and transgender golfers and predicted that day was coming when they could compete, to use one of his favorite words, “effectively.” But he was also a traditionalist. In the final 15 or 20 years of his life, he was critical of the USGA for failing to curtail the technical revolution that changed the game’s equipment. He had two-word advice for his fellow members of the Cypress Point Club, where some of the par-4s and par-5s were being obliterated by visiting Tour players: “Change nothing.”

This feels inadequate. Tatum’s wife, Barbara, died in February. She was an extraordinary woman, direct and honest and a beautiful pianist, and she and Sandy married in 1949 and had six children. (Yes, they were practicing Catholics, at least for a period.) She wasn’t a golfer but at the 1966 U.S. Open at Olympic, she snagged one of Hogan’s cigarette butts and tacked it to a kitchen bulletin board. She knew her husband half-worshipped the man.

But what he really worshipped was the game and what he really celebrated was the joy it could bring a person. A couple days after the 2013 U.S. Open at Merion, Tatum, at age 92, flew from San Francisco to Philadelphia to be part of an ALS fundraiser that Watson was organizing in honor of his late caddie, Bruce Edwards, who died of the disease. Tatum loved Bruce. During lunch, Watson spoke and turned the mic over to Tatum. He said, “I wouldn’t call you a golf nut. I would call you a man who will never give up.”

Tatum was given a theme and he ran with it. He said: “Every time I get over the shot, I have the hope that I’m going to make the shot and the illusion that I will. And regardless of the outcome, I use that for the rest of the round. I suggest you work on that. Hope and illusion.”

Requiesce in pace, brother. There will never be another like you.