Ray Dalio, one of the world’s wealthiest men, got his start carrying clubs 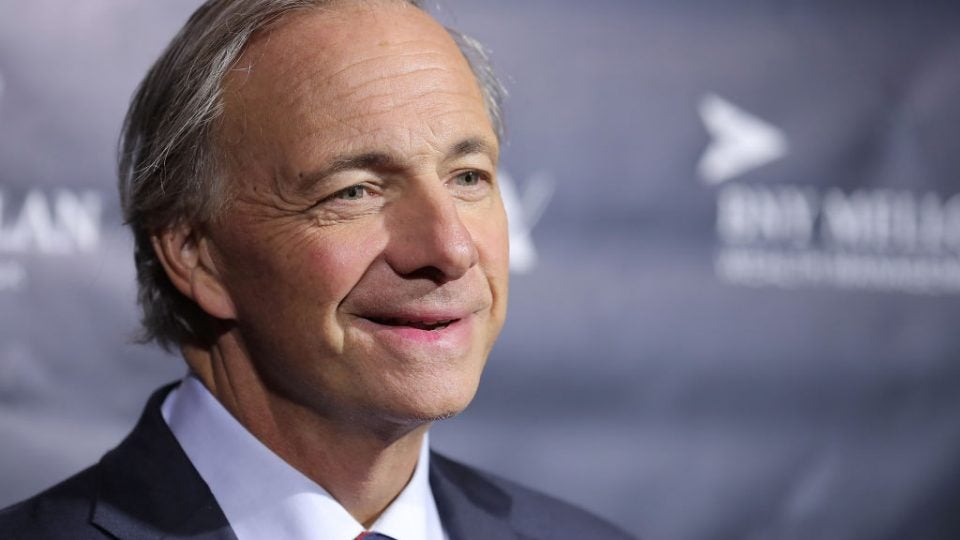 Do you know the name Ray Dalio? He is to Forbes magazine what the Ocean Course at Kiawah is to this magazine. Forbes has Dalio at No. 54 on its ranking of the world’s richest people, worth an estimated $16.9 billion, and we rate the Ocean Course at No. 54 on our list of the Top 100 Courses in the World. Now, maybe you have an opinion about a society that showers such wealth on a financial engineer while so many teaching pros struggle to make a living. I get it. What drew me to Dalio’s story was the start of his working life, as a country-club caddie.

Dalio, 68, has spent most of his adulthood as the CEO of Bridgewater Associates, an investment firm he founded with a culture so distinctive it is sometimes called a cult. He devotes various chunks of his new 567-page book, Principles, to Bridgewater. But his first job, as a club caddie on Long Island in the 1960s, comes and goes on a single page. It left me wondering if Dalio asks himself the famous Talking Heads question: Well…how did I get here?

Dalio met me in a borrowed conference room in New York City. His appearance was pleasingly shaggy (no suit, two horizontal buttons on the cuff of his shirt to accommodate different wrist sizes). He came off as a half absent-minded professor. Describing a rare and recent golf outing in the north of Scotland, Dalio told me about the course, the town, and the little B&B in which he stayed. The only thing he didn’t know was the name of the place.

“Was it Dornoch?” I offered tentatively. “That’s it!” Dalio said.

Royal Dornoch Golf Club, No. 15 on our world list, if you like putting a number on things.

Dalio likes putting numbers on things. He admires the PGA Tour as a prime example of a free-market meritocracy. “These Guys are Good” is a marketing line. We all know the Tour’s actual credo: Show me the numbers. In 2000, Tiger Woods won the Vardon Trophy with an adjusted 67.70 scoring average. His Tour earnings that year were $9,188,321. Professional golf is the ultimate numbers game. “I love that about golf,” Dalio said. Numbers bring him home. “My performance can be measured to three decimal places.”

There’s a two-word phrase in Principles that clings to Dalio like show me the money clings to Jerry Maguire: “radical transparency.” Those words empower Bridgewater employees to tell their bosses, in meetings that are almost always recorded, exactly what they think. I showed Dalio a photograph of Woods and his caddie Steve Williams at work, two open-mouthed professionals, their parallel arms charting a course, Williams with a yardage book in hand. I explained that Williams had a license to tell his boss both what he knew and what he thought. Dalio nodded and said, “Radical transparency.”

There is limited tolerance for luck in Dalio’s professional life. How can you chart luck? He seeks to eliminate it. But we all know better—that luck is always there. How many times has Tiger said he got lucky? For starters, he was lucky that Earl put a club in his hand when he was two years old. 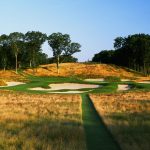 You may also like Dream weekend: A golfer’s trip to Long Island, New York

And Dalio, if you can bring him back far enough, will tell you the same thing. He knows he was lucky that there was a course, The Links Golf Club, within walking distance of his childhood home, where he started caddying at age 12. It was at The Links that young Ray first heard stock-market talk. That was lucky. He remembers buying stock in a company called Northeast Airlines with caddie money, and tripling his investment on nothing more than beginner’s luck.

One man who Ray caddied for was Donald Stott, of Wagner, Stott & Co., a venerable Wall Street trading firm. Stott was a pathfinder for young Ray. A couple that Ray caddied for was George Leib, a titan of Wall Street, and his wife, Isabelle. They invited Ray to their grand Park Avenue apartment for family dinners and various holiday gatherings. “The Leibs brought me into their world,” Dalio told me. Coat-and-tie at dinner, a butler from England. George and Isabelle’s eldest son was a Wall Street trader who gave Dalio a summer job at his firm. The son’s colleagues were early investors in Bridgewater. Lucky, right? But you make your own luck, too.

The Links Golf Club no longer exists. Its C.B. Macdonald course is now a housing development. The Leibs are no longer Wall Street royalty. But Ray was there. He caught the club, the Leibs, the Dow at 800. He was a smart kid with open eyes and two golf bags on his back, happy to collect $12, cash money, in the clubhouse parking lot. A starting point, is all, but a good one. Go try and put a number on all that.