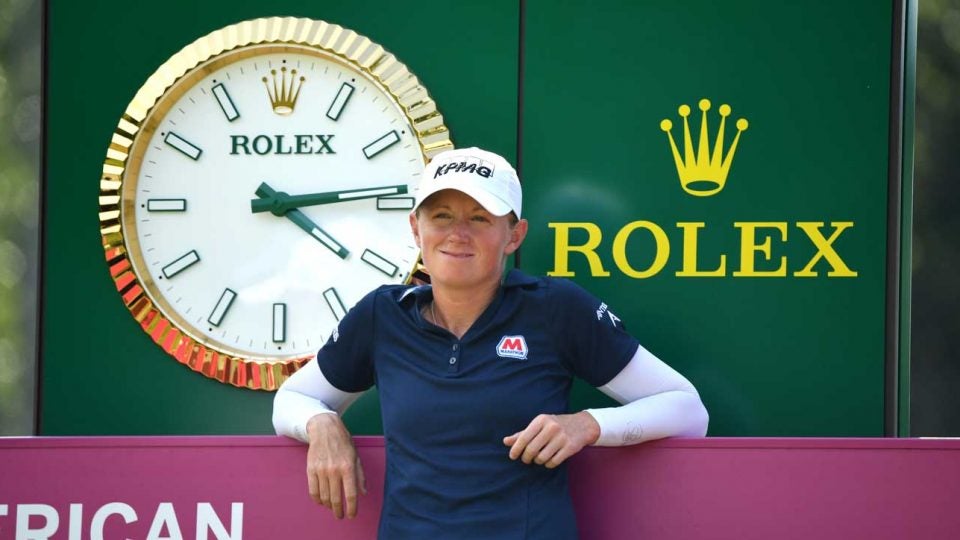 Stacy Lewis waits on the tee at the Evian Championship of Friday.
Getty Images

Slow play is a hot topic in the world of golf — especially at the professional level. Just last week, J.B. Holmes was lambasted for his pace of play at the Open Championship at Royal Portrush. Now, complaints are emerging on the women’s tour at the Evian Championship in France, the fourth of five women’s major championships this year.

Stacy Lewis, a 12-time winner on the LPGA Tour, including two majors, tweeted on Friday that rounds took nearly six hours to complete.

I will never understand 5 hours and 50 minutes to play a round of golf! It’s not fun for us as players, can’t be fun to watch!

The tweet was liked by nearly 1,000 users, and was retweeted by Lewis’ LPGA peers Hannah Green and Jessica Korda. Paula Creamer, who led the tournament after the opening round, added her support as well.

Fans also chimed in with their dismay, with many wondering why penalties were not assessed.

Are there no penalties for slow play?

Anything over 3:15 is taking too long. 3:45 in competition. It is mind numbing to watch people talk with their caddies over tee shots they’ve hit a hundred times…

From your lips to the Golf Gods’ ears!

Maybe a shot clock should be introduced?

You’re not the only one. Biggest problem I see in all forms of the game is no one being ready to play when it’s their turn. When you wait with your number for the green to clear, then are last to play in the group and are still not ready with club out, there’s no excuse for that

LPGA and LET player Becky Morgan tweeted that slow play was a problem during Thursday’s round as well. She wondered who was at fault, and LPGA veteran Catriona Matthew had a quick answer for her.

Both of the above.

The Evian has endured some tough publicity this week. In addition to the publicly-vented slow play frustration noted above, American superstar Lexi Thompson posted a photo on Instagram (which was later deleted) that appears to show the course in less than stellar condition. Thompson missed the cut at 7 over par through two rounds.