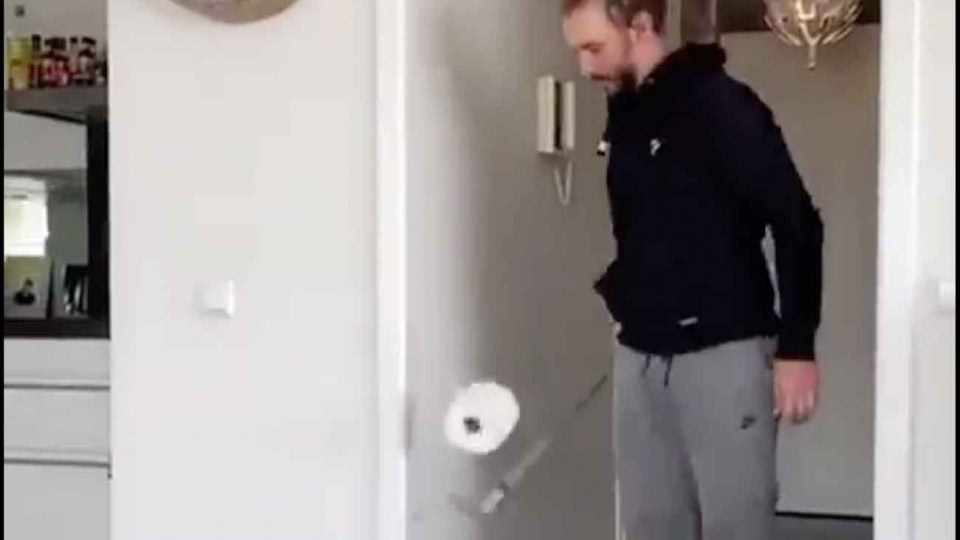 Joost Luiten juggles a roll of toilet paper with a golf club.
twitter.com/EuropeanTour

The PGA Tour announced that the final three rounds of the Players Championship and the next three tournaments were canceled due to the coronavirus outbreak. Augusta National Golf Club quickly followed with an announcement that the Masters was postponed. As a result, Tour pros headed home to their clubhouses for at least the next four weeks. They still played golf during their first weekend off. They ate. They played video games.

And they hit toilet paper. First, Joost Luiten walked out of a room “juggling” a roll before hitting it. Then, Bernd Wiesberger did, the European Tour’s Twitter account calling it the #StayAtHomeChallenge.

A look at other activities:

Right now we’d be watching the winner come up 18 fairway @THEPLAYERSChamp - a place I hope to be at some point in my career. The world is upside down, it seems, but I was honored to spend my weekend in this community in a different way. @FeedingNEFL pic.twitter.com/GOtg5FcpaC

Justin Thomas shot a 65 — and lost by five strokes to Rickie Fowler.

Nice playing with @rickiefowler today, really a lot of fun. I shoot 65 (humble brag I know), and get smoked. Mid season off season is going well. https://t.co/zlM5uBnuDo

Hit a few wedges today at home. Really struggling to be motivated in these difficult times.Preparing for the worst, hoping for the best. #coronavirus #SocialDistancing pic.twitter.com/U4s8cYe4rR

Ian Poulter showcased one of the greatest video game setups ever.

Ian Poulter’s home games setup is on another level! 🎮🏎 pic.twitter.com/B1xWyWuZiL

Bryson DeChambeau showcased his ability to play video games and talk with fans. 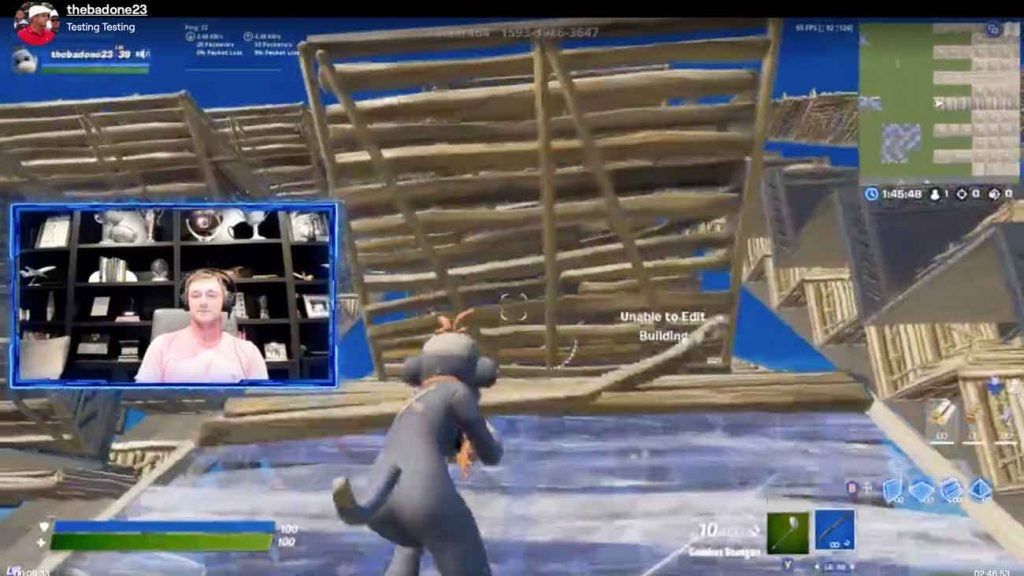 Phil Mickelson said he was either going to do a lot or do little.

After arriving home safely and with a month off, I could sense things were going to go one way or the other. I was either going to use this time to workout, get fit and stronger or I was going to lay in bed, watch shows and eat. After day 1, the latter is in the lead.

With the PGA Tour on hiatus, I’m not sure if I’m gunna get super ripped or super thicc by the time we get back to work. Stay tuned

Making the most of the forced time off 🚴🏻‍♂️🎮 #coronabreak pic.twitter.com/UNvuFGVbXa

Talor Gooch could use some of Luiten’s and Wiesberger’s extras.

Hey @JaniKingTowel mind sending me a 💩 ton of towels to my house? In case I get home and run out of TP and can’t find any... #kidding #butmaybenot #softtowels

No golf on a Saturday @THEPLAYERSChamp.. no problem.
Beef and wine supplied by @palmazvineyards. Grille that baby at 225for 1hr, then turn it up for that seared in flavor at 500 for 8-10 each side @TraegerGrills #getyourwineon pic.twitter.com/4NHBFb70jD

Stuart Appleby did, too.

Andrew Johnston summed it all up.