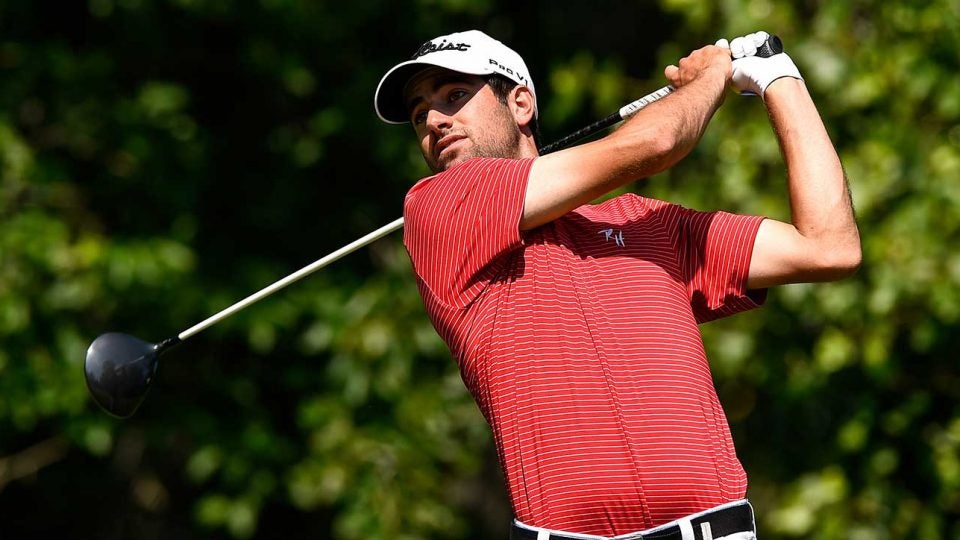 Cody Blick takes a cut and watches his shot during a tournament earlier this season.
Getty Images

Cody Blick had a bad start to his Sunday morning. But boy was the ending sweet.

The 25-year-old pro was preparing for the final round of the Web.com Tour Qualifying Tournament — with a chance to secure precious Web.com Tour status on the line — when every golfer’s worst nightmare became a reality. His clubs were stolen.

Blick took to Instagram asking for the public’s help and offering $5,000 to track them down.

🚨STOLEN GOLF CLUBS🚨TO WHOEVER HAS OR HAS SEEN MY GOLF CLUBS- I will give you $5,000 cash no questions asked.

The Web.com Tour Qualifying Tournament gives pros a chance to earn guaranteed starts for the 2019 Web.com Tour season. Every player who reached this week’s final stage receives conditional status for 2019, and the top-40 finishers earn guaranteed starts. The winner if fully exempt for next season, 2nd through 10th (plus ties) receive spots in the first 12 events of 2019 and 11th through 40th (plus ties) get into the first eight events.

Blick started the day 10 under and tied for 74th after three rounds, and there was a large group of 14 under tied for 40th (with the leaders at 23 under).

But no clubs, no problem. Scrambling to find a set to use, Blick, who has played mostly on the Mackenzie Tour the past three years, fired a bogey-free, nine-under 63 to vault up the leaderboard. He finished 19 under for the week and T25, guaranteeing him the first eight events of next season.

Check out the bag Blick pulled together below.

Cody Blick (@codyblick) woke up this morning and realized his clubs had been stolen.

He proceeded to fire 63 with the Superintendent’s driver, pro shop’s wedges, random irons and a heavier than usual putter to earn guaranteed @WebDotComTour starts #Tourjectory pic.twitter.com/nhFOAveCs6