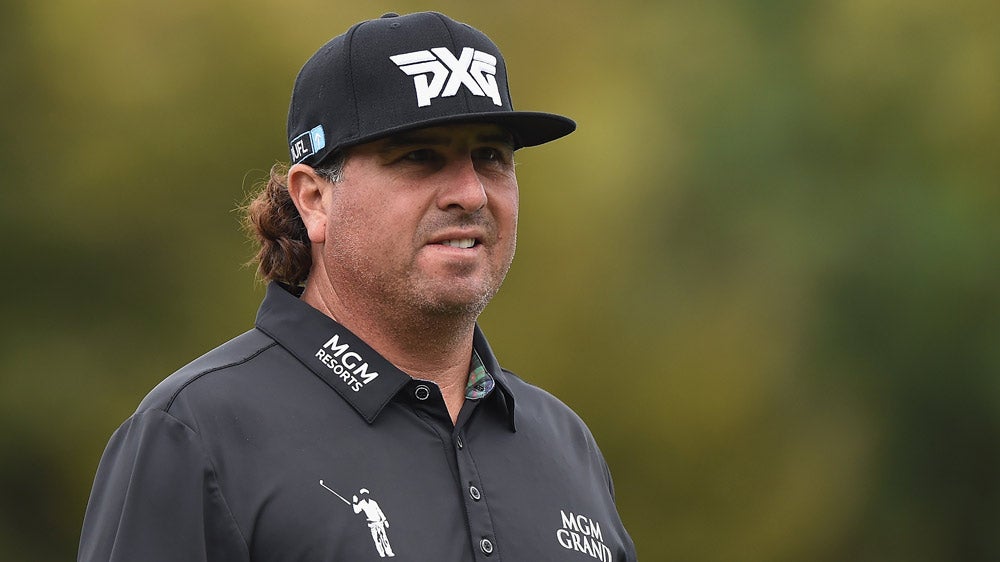 [These rankings originally appeared on FanSided.] Talk about an incredible start to the 2017-18 PGA Tour season. Pat Perez already has a win, a second top-ten, and a top-25 finish in just three starts. This week, he returns to the course where he got his career back on track last year, El Camaleon Golf Club in Playa del Carmen.

Sam Greenwood/Getty
2 of 10
No. 2 Rickie Fowler

This will be Fowler’s first trip to Mayakoba, but the short course doesn’t look like one that will cause Fowler too many problems. The Oklahoma State alum ranked second on Tour last season in adjusted scoring, and fourth in birdie average, and he did it all thanks to some career-best putting. If he’s remotely as effective with the flat stick this week as he was all of last year, this could easily become Fowler’s fifth Tour title.

Stacy Revere/Getty
3 of 10
No. 3 Charley Hoffman

The 24th-ranked player in the world today, Charley Hoffman got back into competition at the Shriners Hospitals for Children Open this past week. He took a solid break in the month of October, after playing nine events in the final ten weeks of the PGA Tour’s 2016-17 schedule. Fresh and recharged, he should enjoy the upcoming tournament in Mexico, where he’s had some success in the past. Hoffman hasn’t missed a cut since April’s RBC Heritage, and he’s posted five additional top-tens in that stretch. Look for him to find No. 6 this week in Mexico.

Michael Reeves/Getty
4 of 10
No. 4 Chesson Hadley

Chesson Hadley is back as a full-time PGA Tour member in 2017-18, and he is on FIRE. After losing his card in 2015-16 (Hadley finished 159th in the FedEx Cup), Hadley attacked the Web.com Tour schedule, winning twice and racking up six top-tens in 19 starts. On the PGA Tour, Hadley is running as well as anybody could without actually breaking through for the win. In his three starts so far, Hadley hasn’t finished any worse than fourth, and he was the solo runner up two weeks ago at the Sanderson Farms Championship.

Sure, it’s been nine years since Reavie’s first (and so far, only) Tour victory, but this guy is the definition of a grinder, and it’s been paying dividends over the last several months. Reavie played each of the first four events of the Tour’s wraparound fall schedule, and if nothing else, he was consistent. From Napa to Malaysia, Korea to China, the 35-year-old journeyman ran off four straight top-25 finishes. His T24 at the WGC-HSBC Champions was his worst finish of a whirlwind October, but it’s worth noting that it came against what was nearly a major-level field.

Simpson’s recent form couldn’t be much better heading into his third start of the new season. He’s coming off back-to-back top-25 finishes to open the year, and if you go back to the end of last season, it only gets better. Counting the final events of the 2016-17 season, Simpson is in the middle of a run of six top-25 finishes in his last seven starts. Three of those – the Wyndham, the Northern Trust, and the BMW Championship – ended in the top ten.

In his six years on Tour, Reed has never played at El Camaleon, but he’s been in solid enough form that he should be able to contend among this week’s field on basically raw talent alone. At the CJ Cup at Nine Bridges, Reed finished T-11 despite a third-round blowup 76. He did the same thing, but worse, a week later at the WGC-HSBC Champions, firing a third-round 82 and dropping to a tie for 50th. When Reed closed out last season with four top-20 finishes in his last five starts, he wasn’t necessarily lighting up the leaderboard, but he was avoiding the crazy big numbers. If Reed is going to step his game up in 2018, he’ll need to close out 2017 on a high note. Look for him to do just that this week in Mexico.

Robert Laberge/Getty
8 of 10
No. 8 Zach Johnson

Johnson’s relative lack of power doesn’t typically drag him down, but at the short El Camaleon, the playing field will be as level as it gets. Zach ranked tenth in the field at the Safeway Open in strokes gained: putting, and (not coincidentally) fourth in bogeys. If he keeps that type of play running as he gets back into action, look for him to push his way to the top of the leaderboard.

Matt Roberts/Getty
9 of 10
No. 9 Graeme McDowell

McDowell’s 2016-17 PGA TOUR season ended inauspiciously, with four straight missed cuts from the U.S. Open to the Wyndham Championship. He headed back to the European Tour and got a little bit of his mojo back at the Alfred Dunhill Links, finishing tied for 15th. He dropped a bit at the Italian Open and the CJ Cup, but a bounce-back top-ten in Las Vegas this past week could be a major boost. McDowell may not be a powerhouse on Tour, but he’s clearly got the game to win, especially at a course he’s comfortable at. That all adds up to a solid week for Graeme in Mexico.

Marianna Massey/Getty
10 of 10
No. 10 Bryson DeChambeau

DeChambeau is off to a great start this year, with a top-25 at the Safeway Open, and a top-ten finish this past week in Las Vegas at the Shriners Hospitals for Children Open. He’ll have to carry over his solid iron play, while also making a few less bogeys, but DeChambeau is in prime position to contend again at Mayakoba.