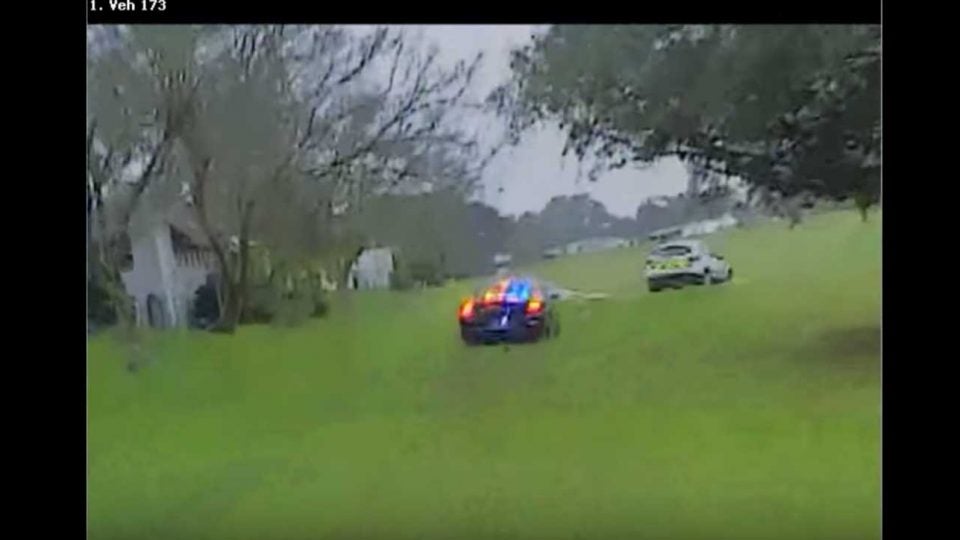 Golfers were very surprise at what they saw at Orange Blossom Hills Golf and Country Club.
https://www.youtube.com/channel/UCyUmwyVnzj96hAjnKbZYpyQ

One of the worst drives of 2019 was caught on camera in Lady Lake, Florida earlier this week. The driver was unable to get away with it.

Jessie Webb, 29, led Lady Lake policemen on a wild car chase across Orange Blossom Hills Golf and Country Club Sunday morning, even forcing some golfers to swerve out of the way in their carts. As you can see in the dash-cam footage below, golfers stand and watch in awe as Webb rips through the course.

According to reports of the incident, a supervisor in The Villages community had been visiting Webb in response to a complaint about him asserting “people were eating his brains out.”

It was shortly after that visit that Webb reportedly snatched the supervisor’s vehicle, causing the wild chase to ensue. As you can see in the video above, the chase leaves the golf course and ends minutes later after Webb flees on foot. He was eventually arrested on nine different charges. According to local news station WFTV, the chase will have caused thousands of dollars in damages to the course. Check out their full report here.