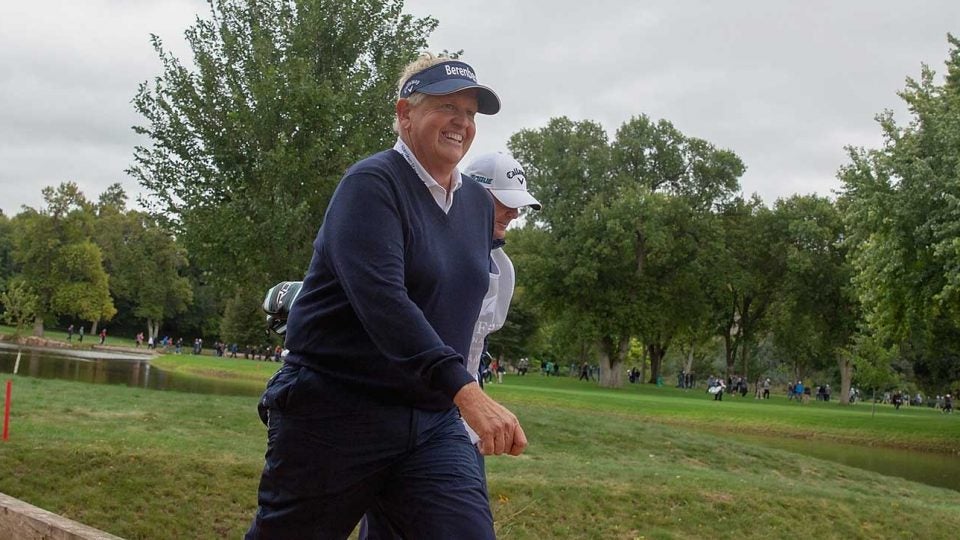 Nowadays, Colin Montgomerie is cheery as ever. Not that he necessarily hasn’t been in the past, but even you remember some of those photos of Monty’s career. He wasn’t always smiling. (It’s hard to blame him when Tiger Woods is playing unbeatable golf.)

Anyway, Montgomerie’s smile is infectious, and it’s all over his social media. We had the privilege of seeing it in person in the GOLF.com office earlier this week, when he stopped by on a media tour on behalf of Loch Lomond Whisky.

Monty sat down for a 30-minute convo on all things. Yes, all things, beginning with hangovers. His one, standout hangover during a tournament came at the German Masters in 1994. “You do these things once,” he said.

The Hall-of-Famer was one of the best European players of all-time, and arguably the greatest Euro Ryder Cupper ever. Monty went undefeated in singles matches during his eight Cups (6-0-2) and notched 23.5 points for his team over those matches. It eventually earned him a stint as the European captain in 2010, where he led his team to a 14.5-13.5 victory. After that, he was happy to end his captainship.

“I think if you do win, you’ve got nowhere else to go,” Monty said, explaining why he’d given up captains duties. “Once you win, you’d like to get out on top.”

Check out Monty’s thoughts on Bethpage Black, drunken fans, John Daly’s golf cart and more in the podcast below. Subscribe to the GOLF.com Podcast on iTunes here.