Uncertainty reigns on the ground at the Players Championship 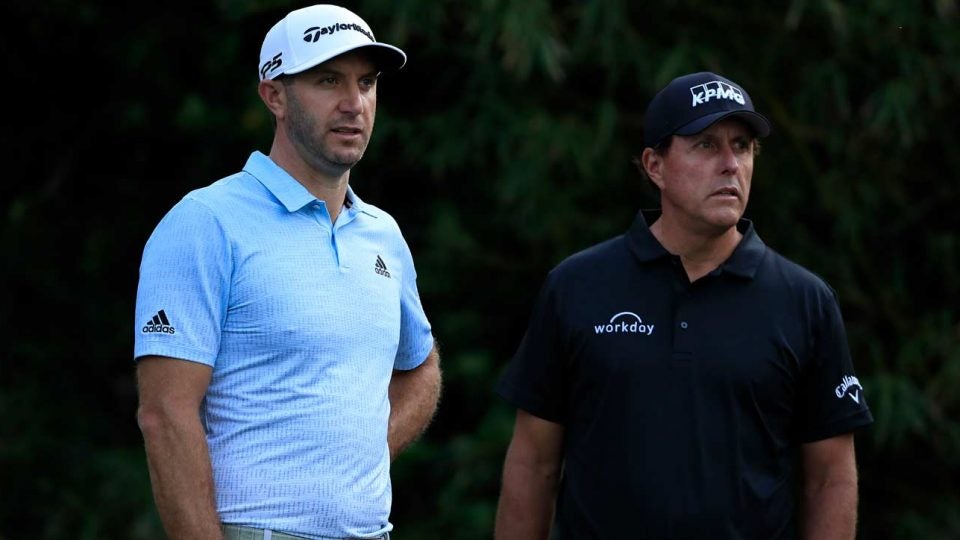 PONTE VEDRA BEACH, Fla. — As he walked from the driving range towards the putting green, a caddie offered up a friendly handshake to Patrick Reed, who was passing. Reed shot him a look, as if to say, “We’re not doing that today,” then extended his knuckles for a fist bump instead. A few steps later, he re-routed to a hand sanitizer station. Two pumps.

What a difference a day makes. On Wednesday, Reed had tarried for some 20 minutes after his practice round, signing autographs and posing for pictures with fans. On Thursday, as the tournament began, signs went up:

PLEASE BE ADVISED: PLAYERS WILL NOT BE SIGNING AUTOGRAPHS FOR THE REMAINDER OF TOURNAMENT WEEK.

As COVID-19 spreads across the U.S., sports leagues have begun to take drastic action. Wednesday, the NCAA banned fans from March Madness and the NBA put its season on pause. Eyes turned to the PGA Tour, holding its flagship event. Players received texts informing them to be ready for play. The league waited until after midnight before releasing a statement saying, essentially, that the tournament would go on as scheduled.  The Tour would reassess at noon on Thursday.

As a result, the first round began mostly like other first rounds do. Undeterred, fans streamed through the gates, surrounding morning featured groups. The galleries seemed roughly normal-sized for a Players Thursday morning; it was easier to see the standard-bearers than the players. MICKELSON JOHNSON SIMPSON, read one sign. FOWLER SPIETH THOMAS. They teed off. Fans cheered.

Still, the feel was decidedly different. Instead of freely offering fist-bumps, Mickelson walked to the 10th tee head down, hands in his pockets. When Spieth fired his opening tee shot into the right trees, he glanced around at the crowd forming a chute around him, fully aware of their proximity.

All around, there were little differences. One fan’s coughing fit sent murmurs through the gallery. Nick Taylor offered an air-five to a friend on the putting green. Nobody shook hands on the first tee. 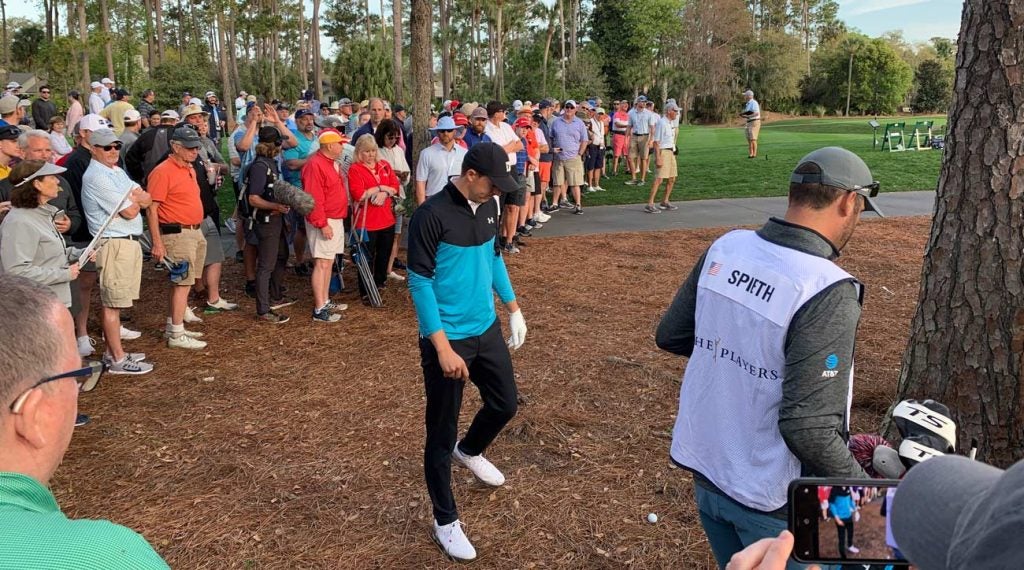 Jordan Spieth fired his opening tee shot into the woods to the right of No. 10.
Dylan Dethier

Following drastic changes from other sports, the question on the grounds at Ponte Vedra Beach was this: were those little changes enough? Was it safe to bring tens of thousands of fans into close proximity? While there have been a limited number of cases in Northeast Florida, testing has been limited — plus, the Tour has said that two-thirds of Players fans come from an area outside the surrounding five counties.

As Harris English pulled the headcover off his 3-wood on the 10th tee, he leaned over to a PGA Tour official. “So what’s the deal — are they keeping fans out tomorrow?”

Playing partner Branden Grace, just as curious, came over to join the conversation. “Yeah, what’s going to hap—” he asked, before he was interrupted: the starter was announcing his name. He fumbled for a tee.

There was a tournament to play.