A St. Johns County Sheriff’s Office helicopter suffered a catastrophic engine failure and was forced to make an emergency landing on Dye’s Valley Course at TPC Sawgrass on Wednesday night. 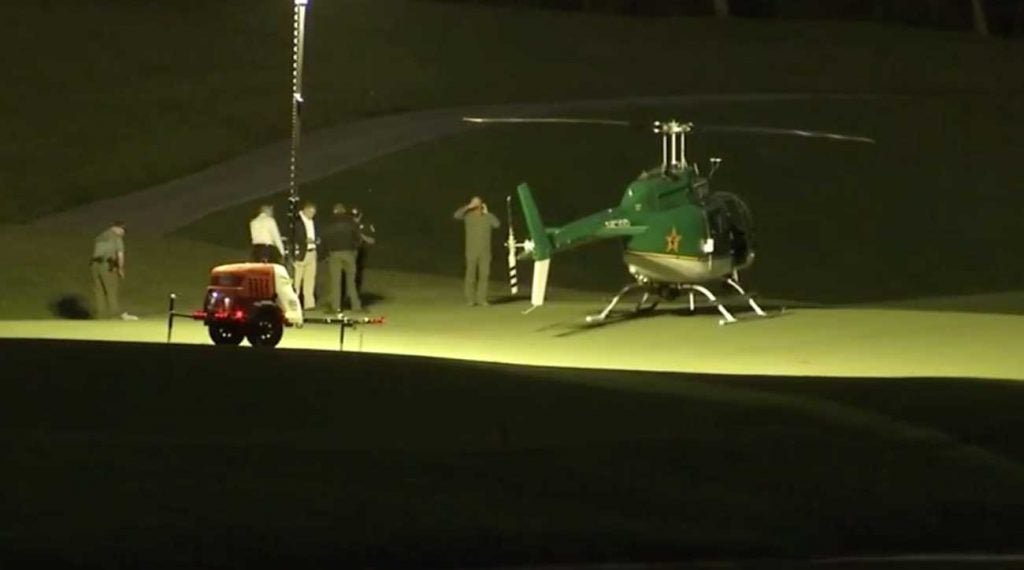 The helicopter had to land at Dye's Valley Course at TPC Sawgrass after mechanical problems.
WJXT4

According to Cline, neither the pilot nor the other officer aboard were injured. Both were transported to a nearby hospital.

A flatbed truck removed the helicopter from the course on Wednesday night.