The Cliffs at High Carolina was supposed to feature luxury homes and a high-end golf course designed by Tiger Woods. Now, it’s on hold.

The Asheville Citizen-Times reports that the project, which was announced in 2007 and was expected to be the first Woods-designed American golf course, has been put on the back burner — and may never happen.

The Fairview, N.C. project, Cliffs Clubs Managing Partner David Sawyer said, “is sitting on the shelf right now and we’re focusing on our current communities and developments within our current communities.” The 665 acres that was planned to include the Woods golf course is up for sale by Carolina Mountain Properties LLC for $15.9 million, down from the $24 million it was listed for in 2016. The plan was initially sidetracked by the real estate market’s collapse in 2008; shortly thereafter Woods took a 2009 hiatus from the game and from the public eye following an infidelity scandal and the project remained in limbo, the Citizen-Times reports. In more recent years, Woods has focused his design efforts elsewhere including sites in Missouri, Mexico and Chicago. 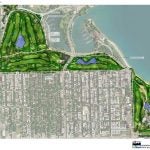 You may also like Tiger’s Chicago course: With a new routing unveiled, here are the complications and goals surrounding the public project

But the door isn’t completely shut on the Asheville Highlands site turning into a golf course at some point. “I’m sure it will find its way to the development track eventually,” Sawyer said.