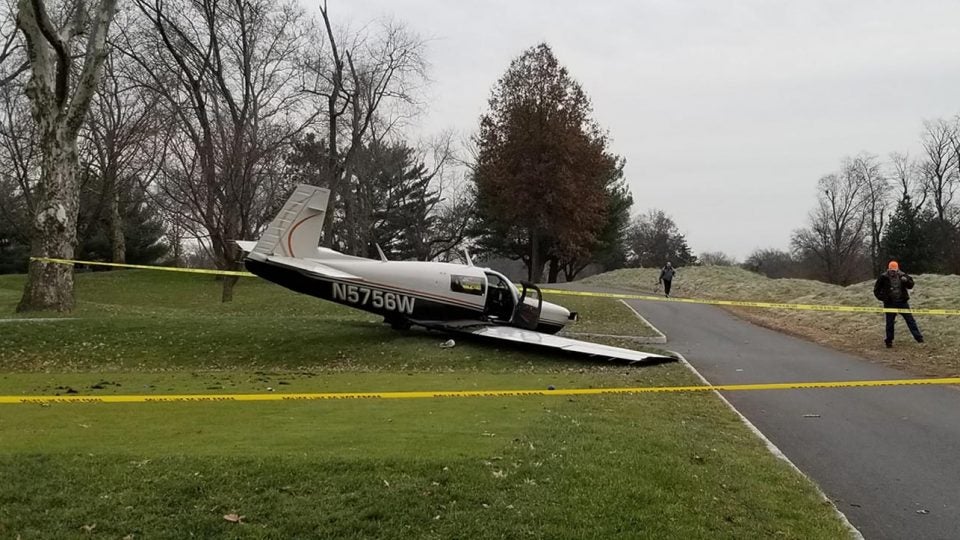 A pilot made an emergency landing on Paramus Golf Course in New Jersey on Sunday.

A pilot and three passengers escaped with minor injuries after he emergency-landed a small plane on a New Jersey golf course Sunday afternoon.

As it turns out, a morning frost delay at Paramus Golf Course may have been a blessing in disguise. The limited number of players on the course left a wide-open runway for pilot Jonas De Leon: the ninth fairway.

Ron Dorell, a pro shop cashier, told the New York Times that he noticed a small plane circling above the area before disappearing over the crest of a hill. It wasn’t until several passers-by came into the clubhouse that he realized the plane had landed on the course itself.

“There’s a lot of open space on the golf course,” Dorell said. He estimated that there had been 18 golfers on course at the time, and none had yet reached No. 9 due to the morning’s delay.

“Normally we are packed on a weekend,” Mr. Dorrell said. “But luckily, because of the frost, we didn’t have anyone out there on the back nine, so none of our golfers were injured.”

De Leon, a New York City science teacher, took off from Lincoln Park Airport in Lincoln Park, N.J. and landed on the Paramus, N.J. course at 12:15 p.m. Authorities had not released the identity of the other three passengers, but reports said three had sustained minor injuries.

“A small airplane just made an emergency landing at the Paramus Golf Course. 4 people on board 3 minor injuries. Emergency responders are on scene,” wrote the Paramus Police Department in a Facebook post.

“The pilot reported that he took off from Lincoln Park Airport, flying to Poughkeepsie. After takeoff he suffered a power failure forcing him to make an emergency landing.