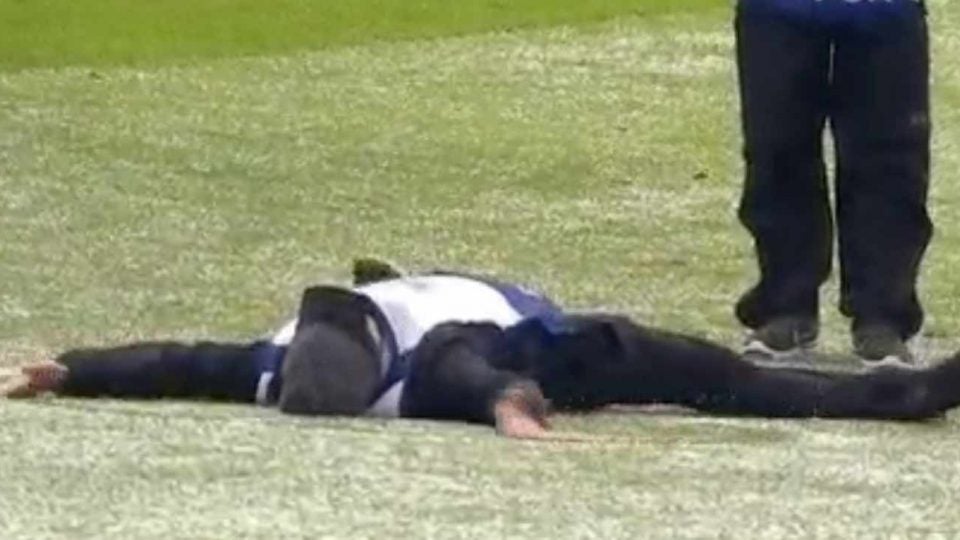 It was a wild Sunday at Pebble Beach. After AT&T Pro-Am tee times were delayed an hour due to soggy course conditions, nearly every player was underway when the skies opened up for a surprising interlude featuring sideways hail. The white pellets immediately coated Pebble’s iconic greens as players ducked for cover behind trees and enclosures and underneath umbrellas. Sam Saunders threw snowballs. Patrick Reed’s caddie did a snow angel. Jonas Blixt made a snowman. You can see the best of the hailstorm photos and videos below.

Play is scheduled to resume at 4 p.m. ET. pic.twitter.com/bQhy9SXdpv

When it hails on the golf course …