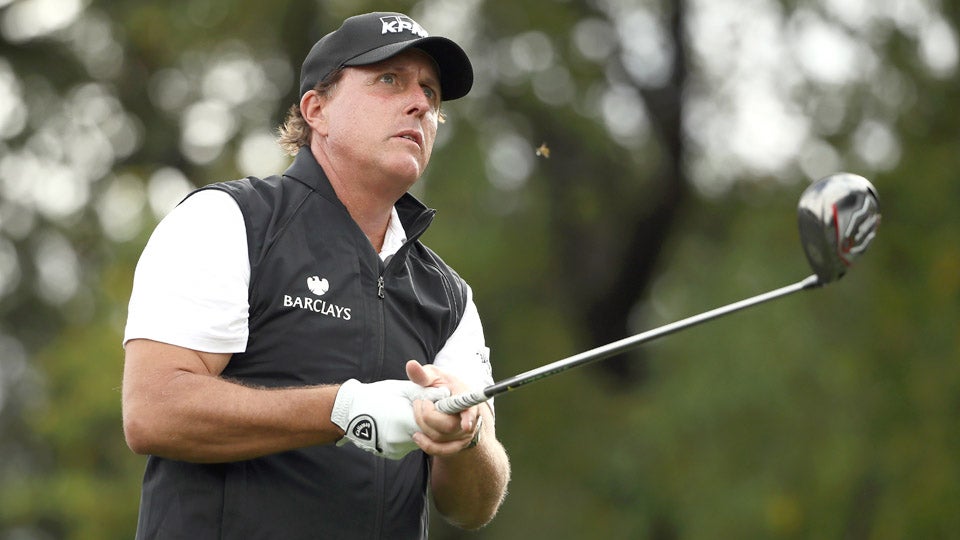 Three days after finishing T8 at the Safeway Open, Phil Mickelson had surgery to repair a sports hernia.
Getty Images

He had the procedure three days after the conclusion of the season-opening Safeway Open in Napa, Calif., where Mickelson tied for eighth.

“The only thing I know is that the surgery went well,” said the source, who requested anonymity.

“It was a walnut-sized hernia behind my belly button,” Mickelson told Rosaforte. “It was no big deal, nor did it affect me when I played. I pushed it back in every minute or so. I couldn’t work out as intensely as I wanted to, that’s all. It didn’t hurt or affect me. It was just annoying.”

According to OrthoInfo.org, a sports hernia is a tear or strain to the soft tissue in the groin or lower abdomen. It happens most often in sports that require sudden changes of direction or twisting.

The source said Mickelson is recovering but wouldn’t comment on how long the 46-year-old would be out. The recovery time following sports hernia surgery varies but is typically four to six weeks.

In the last two calendar years, Mickelson has made his first start of the year at the CareerBuilder Challenge, which is held in late January in La Quinta, Calif. He was named as the ambassador of the event in May.

Mickelson’s health has been stable in recent years. He was diagnosed with psoriatic arthritis in 2010 but has said the condition has not impacted his practice or playing schedule.

Mickelson has won 42 times on the PGA Tour. He last win came at the 2013 British Open at Muirfield.