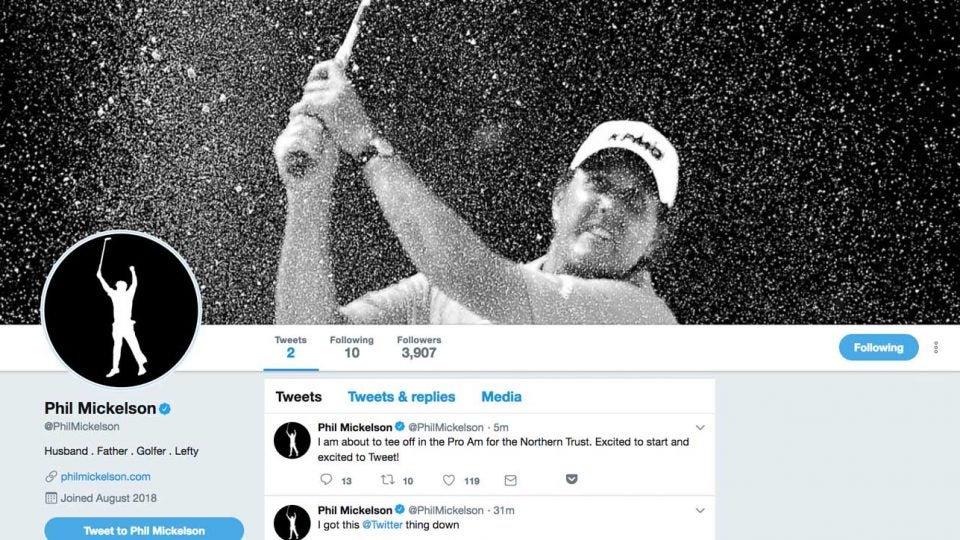 One of the last remaining PGA Tour voices to join social media has finally done it. Welcome to Twitter, Phil Mickelson!

Lefty sent out his first tweet Wednesday morning, perfectly GIF’d with an image of himself failing to wink. If that’s the kind of voice he plans to use on Twitter.com, we’re all for it. You can follow golf’s best 48-year-old at the handle @PhilMickelson.

Thus far, he’s following 13 accounts (notably Jordan Spieth, Justin Thomas, Rickie Fowler and Tiger Woods) and his follower count is unsurprisingly growing by hundreds every minute. He’s got a long way to go to catch the likes of Spieth, Fowler or Woods, who each boast a number in the millions.

the man, the myth, the dancer is now here with us all. https://t.co/7wkUjWTDgd

Will Mickelson be a good follow? That remains to be seen. He does have plenty of opportunity ahead of him with the 2018 Ryder Cup and his Thanksgiving match against Tiger Woods. Stay tuned for some social magic on that front. For now, just hammer that follow button.