With the 2019 PGA Tour season in the books — congrats, Rory — it’s time to look back on the year that was. Forty-five tournaments of Tour play offer up all kinds of ridiculous statistics to pull from the greatest players on the planet. Here are nine incredible stats from the 2018-’19 season.

Fleetwood hasn’t missed a cut on the PGA Tour since the Wells Fargo Championship in May 2018. That’s right, he went all of 2019 without missing a cut. He also never withdrew from an event, giving him a full season of four-round events. During that stretch, he did miss a cut on the European Tour, but that came at the French Open in 2018 as well. 2019 was a consistent year for Golf Jesus.

Armour isn’t the longest player out there, but he is one of the straightest. He finished 2019 as the 4th-most accurate player on Tour, and hit an incredible 53 fairways in a row. Fifty-three! The next longest streak was 40 straight fairways by Martin Laird. On a typical course with four par-3s and four par-5s, 53 straight would equate to nearly an entire tournament of fairways hit.

Jordan Spieth’s volatility by round

It’s impossible to know what’s truly keeping Jordan Spieth from playing well on the weekends, but it was a real thing this year. Spieth was one of the best players in the world before the weekend, and one of the worst on Tour after it started.

The up-and-coming star from Norway is on a heater right now, even if he can’t do anything about it. Hovland just barely missed earning his Tour card during the regular season, finishing his Tour starts with 13 straight rounds in the 60s. That’s the second-best streak by any Tour player this year (Dustin Johnson, 14), and it’s active. Hovland earned his card through the Korn Ferry Tour Finals and will be back on Tour this year, with plenty more rounds in the 60s in his future.

Garcia’s season was one to forget, for many reasons, but one of the underrated ones is his lack of hole outs. Garcia logged 53 rounds on Tour this year and only holed out one time. At the elite level, hole outs — holing any shot from off the green— can happen as much as once every four rounds (Dylan Frittelli), but Garcia just couldn’t get lucky enough this season. His hole-out-per-round ratio was worst on Tour.

While the debate about how far the golf ball travels on the PGA Tour continues, two massive drives were hit this year. Justin Thomas hit one drive (at elevation) at WGC-Mexico 457 yards on the 10th hole. It’s the longest recorded drive since Dustin Johnson’s 463-yard bomb at the 2011 Deutsche Bank Championship. Bubba Watson did his best to match Thomas during the U.S. Open at Pebble Beach, driving one 455 yards on the second hole. 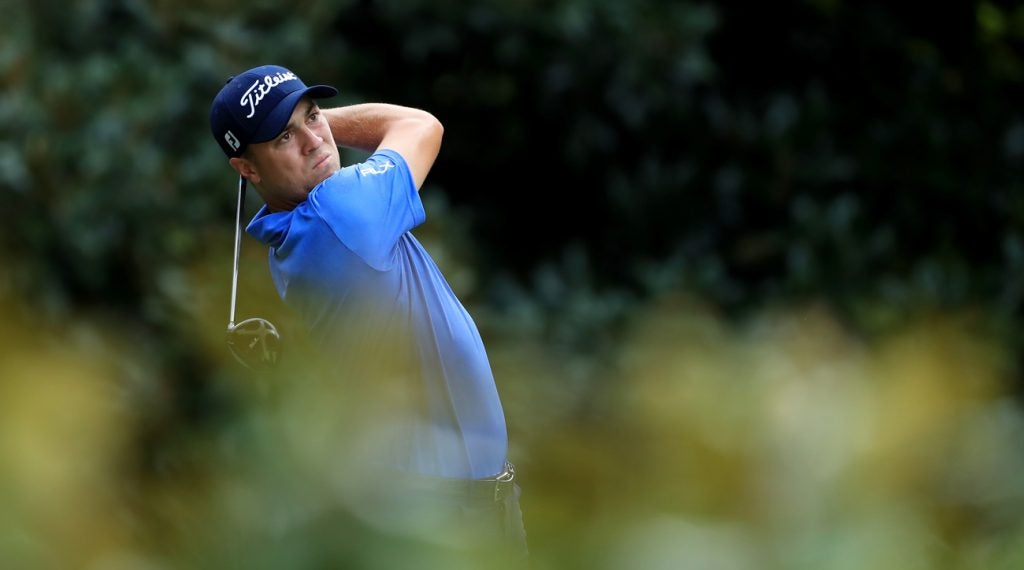 Of the 188 players who played enough rounds only Daniel Berger and Henrik Stenson failed to make more than one eagle. Berger took 12 more rounds (70 in total) than Stenson, and somehow only notched a single eagle. For comparison’s sake, Brooks Koepka played 11 more rounds than Berger, and made 14 more eagles.

One of the longest hitters on Tour didn’t max out past 420, or even the aforementioned 450, but he did hit a bunch of 400+ yard bombs. In fact, DJ hit FOUR drives that traveled exactly 401 yards. His longest drive was 404 yards, which is great, sure, but he hit zero 400-yard drives and zero 402-yard drives. Four 401-yarders. Way to be consistent, DJ.