Pimp my ride! The Players Championship parking lot is a sight to behold

PONTE VEDRA BEACH, Fla.—The Players is more than a golf tournament, it is an x-ray into the soul of the modern Tour. The turgid new clubhouse? Think of that as Tim Finchem’s id. The $12.5 million purse? It’s a metaphor for how money has overwhelmed everything else. But to really understand what the Tour is all about, it is necessary to stroll the parking lot at TPC Sawgrass.

In keeping with this event’s mandate to overdo everything, the Players reserves (by name) parking spots for every player in front of the clubhouse. Past champs get to park the closest, naturally. Maybe half the parking lot is full of boring tournament-issued courtesy cars. But a number of Tour pros live in the area and are driving their own car to work, as are a bunch of players who reside in Orlando or Sea Island or even south Florida. With all this heavy metal on display the player parking lot becomes a form of anthropology.

News
How much does it cost to play a round at TPC Sawgrass? (Hint: it ain’t cheap!)

Even with a nod to a smattering of Range Rovers, the unofficial car of PGA Tour pros appears to be the M-series BMW sedan, though Zach Johnson drives a surprisingly pimped-out crossover.

(Since BMW is a Tour partner, the players get a deep discount. Tour staffers get a special rate, which is of particular interest since the organization has more overpaid vice presidents than a banana republic.) The most impressive of the BMW sedans was Brian Gay’s murdered-out Alpina B6, with a matte black paint job so slick it looks like it’s dripping wet.

Good company man that he is, Mercedes endorser Rickie Fowler drives a fresh-off-the- assembly-line AMG GLS 63. Similarly, Bryson DeChabeau has a Bentley SUV courtesy of his sponsor. Unwilling to put too many miles on his museum pieces, Ian Poulter is employing his family car this week, a Mercedes G-Wagen with a sweet matte-black paint job and red accents. 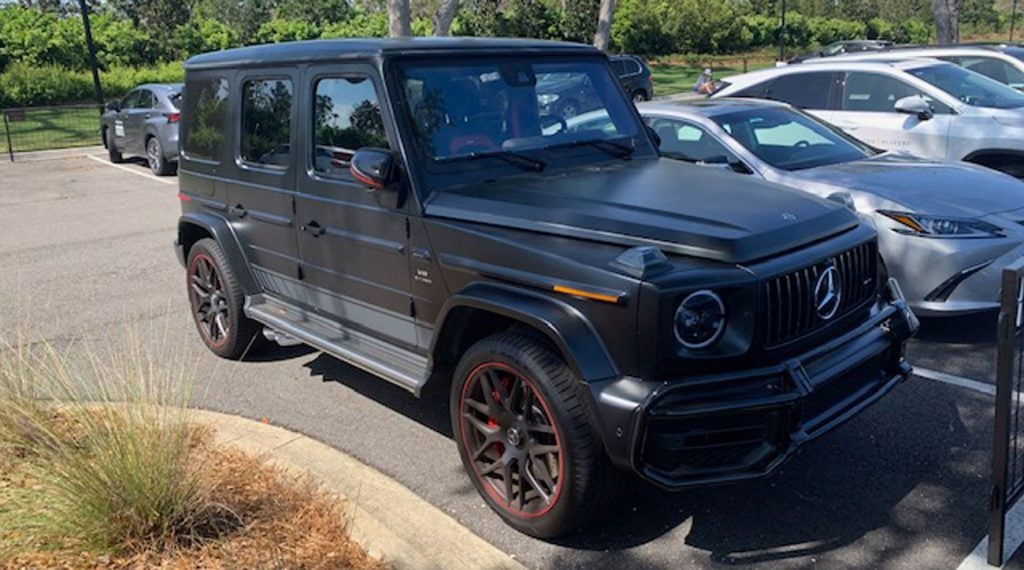 But not every player is in the thrall of German engineering. Russell Knox and Richy Werenski are both rolling American muscle: a blacked-out Dodge Challenger and Shelby Mustang, respectively. 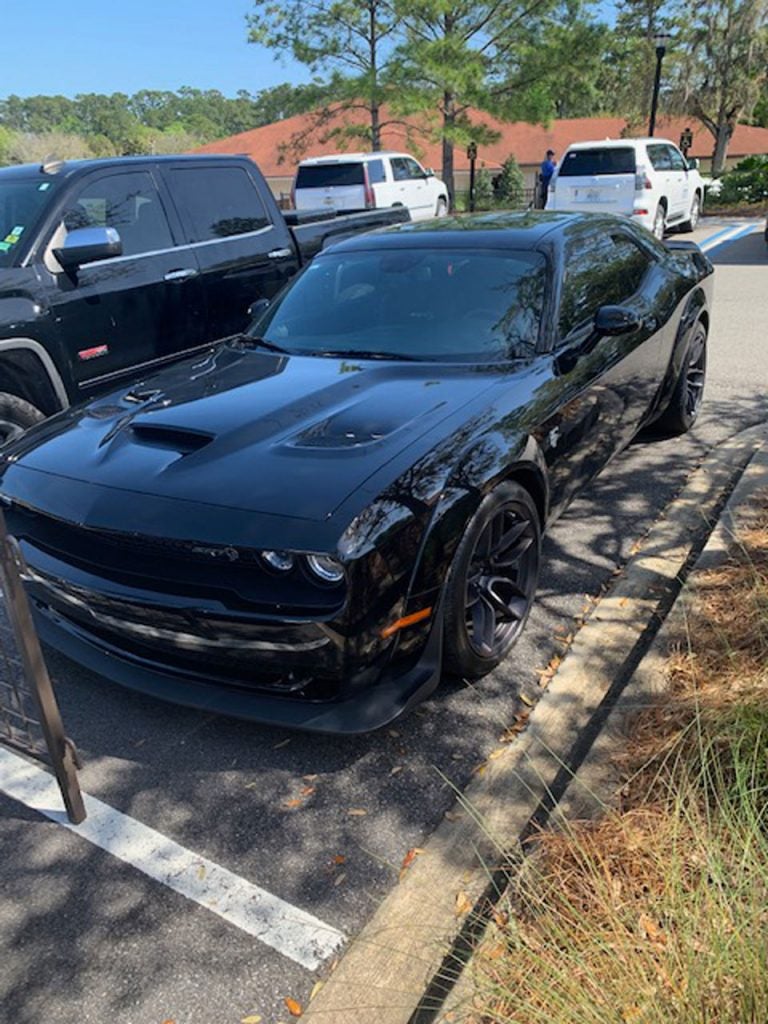 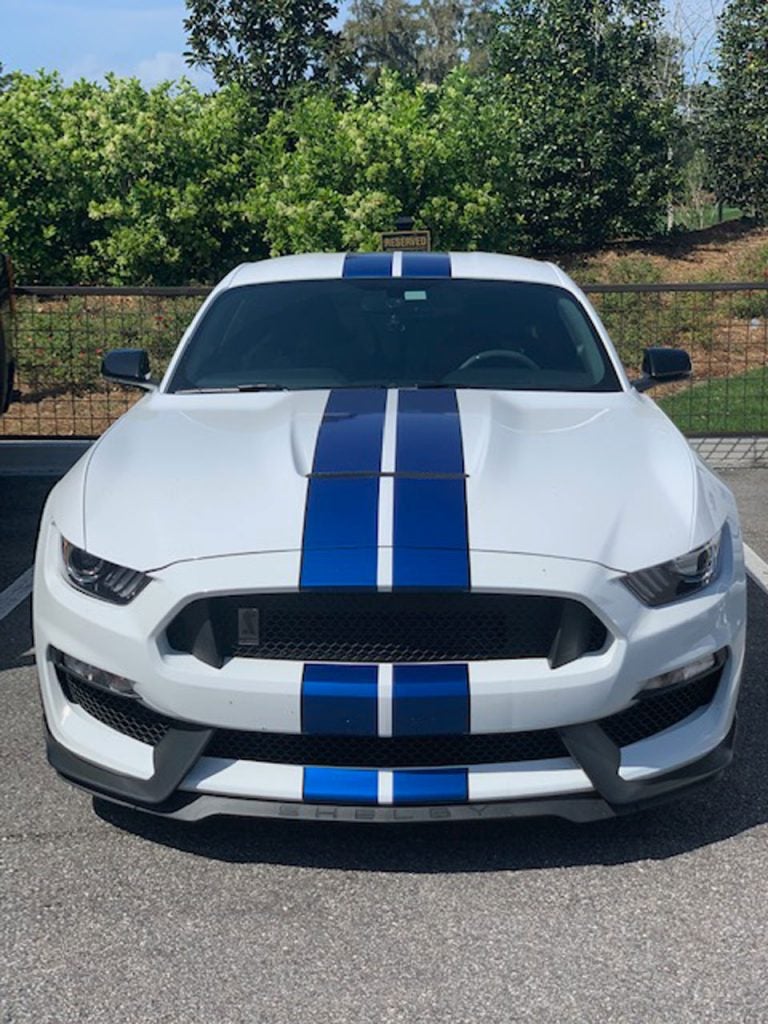 Swank imports and va-va-voom sports cars are more or less what you’d expect from a collection of young men with an excess of discretionary income. More revealing is that so many millionaires who play a country club game try to, ahem, keep it real by roaring around in pickup trucks.

Brian Harman’s Ford F-150 features nubby off-road tires and mud splattered across the cab. Chris Kirk has the same truck but of even more monstrous proportions. J.T. Poston is partial to a GMC Sierra Denali. Both of these pickups were dwarfed by a four-door Ford F-250 Super Duty FX4. This truck was so jumbo it took up a parking spot and a half, forcing the removal of the nameplate and thus preserving the anonymity of its owner, should any Tesla-driving conservationists come calling. 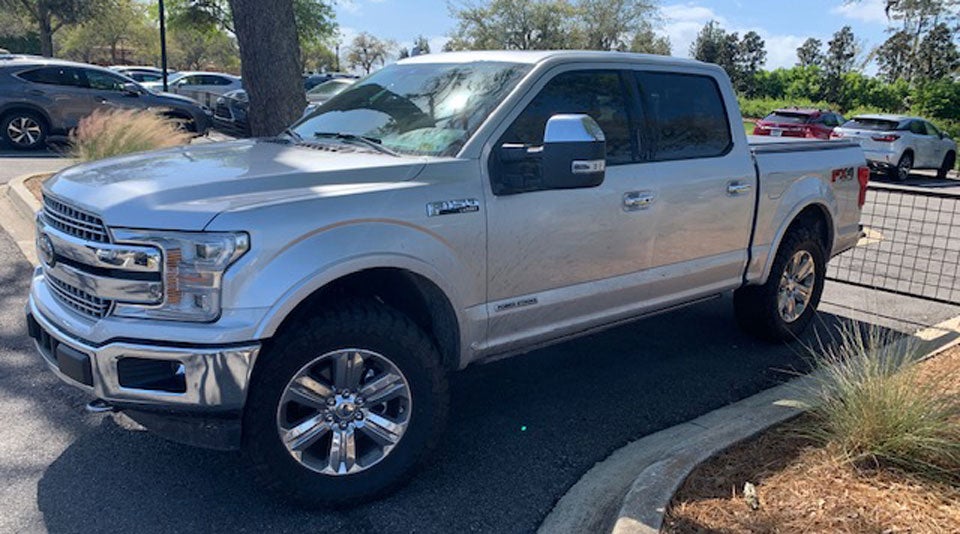 But the coolest ride in the whole joint is Billy Horschel’s highly-customized Jeep. If you think Horschel’s personality is abrasive, you should feel the paint job! It’s as rough as sandpaper. Throw in gigantic tires, military-looking grill, heavy-duty winch, hood-mounted floodlights and assorted other gizmos and Horschel’s Jeep is not a means of transportation, it’s a mission statement.

If the proletariat ever rises up and storms Sawgrass, Horschel’s will definitely make the best getaway car. 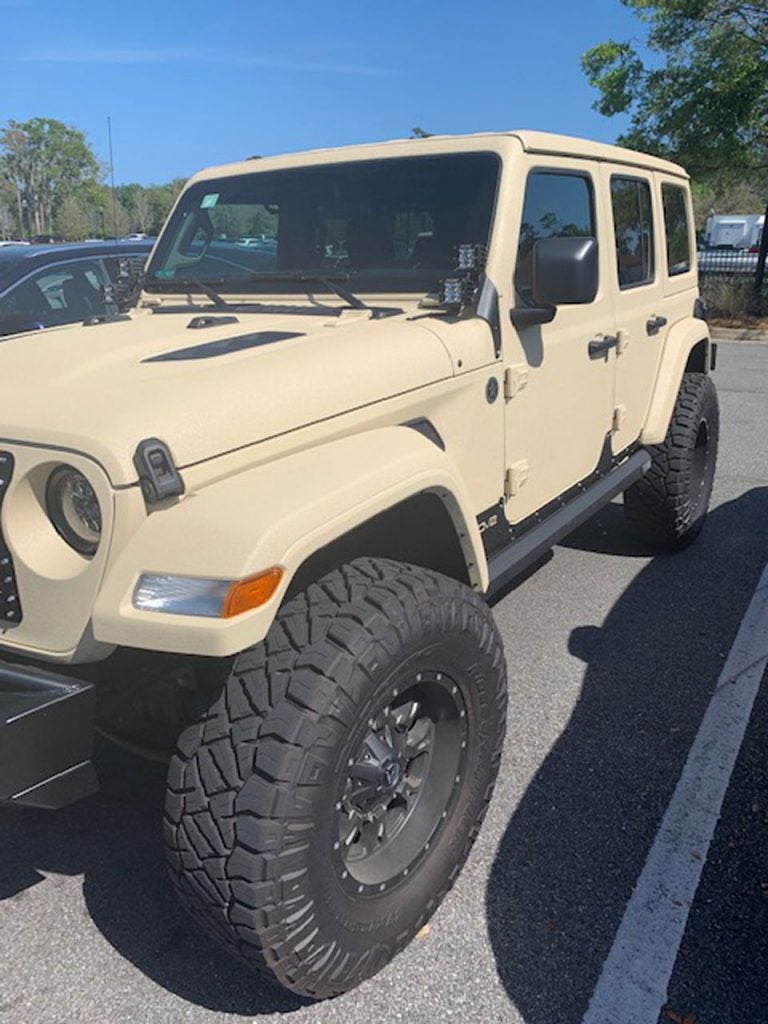