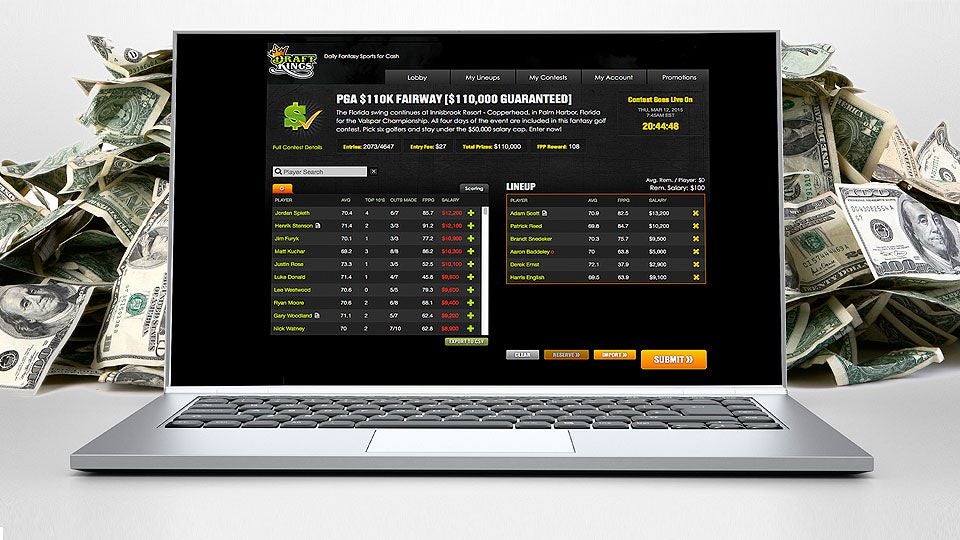 The PGA Tour has prohibited its players from playing with or endorsing daily fantasy sports providers like DraftKings and FanDuel.

According to a Sept. 24 memo sent to players, “fantasy gaming websites that pay out money in exchange for an entry fee, as well as other wagering websites and apps, are considered illegal in many states. Therefore, the PGA Tour will regard any player participation in these games as conduct unbecoming of a professional.”

The daily fantasy sports industry faces an uncertain future. Nevada banned DraftKings and FanDuel from operating in the state in October, and the New York State Attorney General ordered them to stop accepting bets from New York residents last week.

Several other states are reportedly considering restrictive legislation, but according to Quartz, the business is already suffering, with both $1 billion companies seeing huge declines in their App Store rankings.

Golf has been a growing market for daily fantasy sports providers. FanDuel does not offer golf games, but DraftKings is heavily invested in the sport, having put up $11 million through four “Millionaire Maker” contests connected to this year’s major championships. In August, DraftKings’ co-founder Matt Kalish told Golf Digest “it’s phenomenal how much golf has grown over the summer. Nothing’s growing faster than golf.”

The Tour’s memo, however, raises questions about its own relationship with daily fantasy sports. In March, the Tiger Woods Foundation announced a partnership with DraftKings in which the company would be designated the “Official Daily Fantasy Sports Partner” of the Quicken Loans National and the Deutsche Bank Championship.

“DraftKings will bring the action to the next level,” said Rick Singer, Tiger Woods Foundation president and CEO, at the time.

When reached for comment, Tour spokesman Ty Votaw said there are no plans to further review that relationship.

“We did not find any issue with DraftKings’ sponsorship of those events that conflicts with the ban on sponsorships of our players,” Votaw said. “That sponsorship does not give DraftKings any rights over what Tiger Woods can wear on his body or on his bag.”

According to Votaw, those deals are hospitality sponsorships, and DraftKings would be prohibited from putting signage on the course, just like another kind of occasional Tour event sponsor.

“It’s no different than a casino,” he said.

Editor’s note: FanDuel is a sponsor of Sports Illustrated, which along with GOLF Magazine and GOLF.com, is a Time Inc. property. Sports Illustrated also has a partnership with DailyMVP, another daily fantasy sports provider.