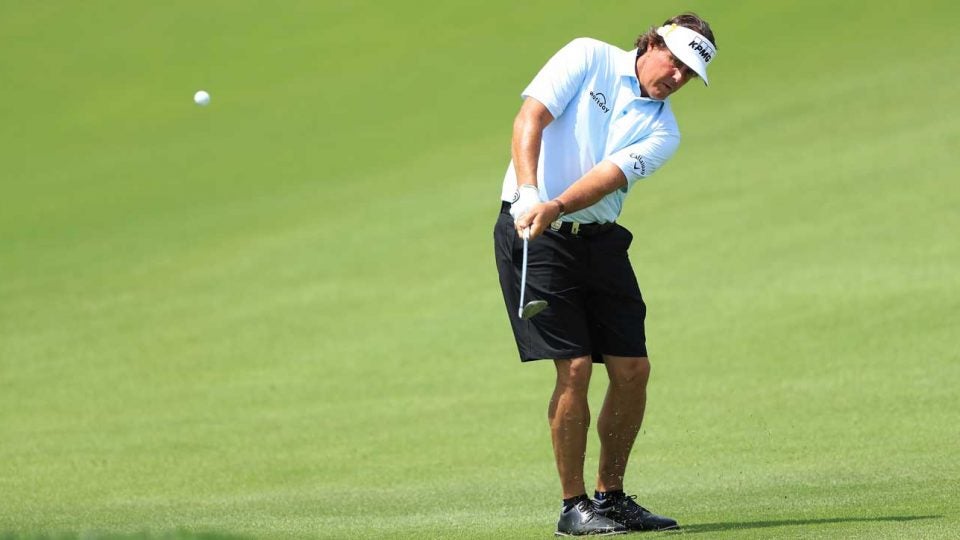 Just in time for spring, the PGA Tour is making a move toward warm weather wear, allowing players to wear shorts during practice and pro-am rounds, effective immediately.

The Tour made the announcement Monday, with the change already posted in the locker room at Coco Beach Golf and Country Club, site of this week’s event. It detailed just how the appearance guideline will be enforced moving forward.

“Shorts must be knee-length, tailored and neat in appearance,” the locker room note reads. “Compression leggings worn underneath shorts must be solid in color.” Also: “Long pants are still required for all competitive rounds.”

Largely, allowing shorts has been praised by players. Recall the opinion Tiger Woods shared last May. “A lot of the tournaments are based right around the equator so we play in some of the hottest places on the planet,” Woods said. “It would be nice to wear shorts. Even with my little chicken legs, I still would like to wear shorts.”

With the California Swing now in the rearview mirror and balmy Florida temps in the Tour’s future, don’t be surprised when many Tour pros save their slacks for the weekend.