In years past, Tiger Woods’s longest break in the middle of the competitive golf season would come in late summer between the British Open to the PGA Championship, from mid-July to mid-August. That was his “summer break,” as he called it Tuesday.

But with a different PGA Tour schedule this year, and his 43-year-old body in a different condition, these are no normal circumstances. As he explained Tuesday, Woods needed a spring break this year. He’ll play Bethpage Black in his first start since his Masters win four-and-a-half weeks ago.

Some anticipated Woods would play in the Wells Fargo Championship at Quail Hollow two weeks ago, an event he’s played seven times. According to Tiger, he just wasn’t ready.

“You know, I wanted to play at Quail Hollow, but to be honest with you, I wasn’t ready yet to start the grind of practicing and preparing and logging all those hours again,” Woods said. “I was lifting — my numbers were good. I was feeling good in the gym, but I wasn’t mentally prepared to log in the hours.

“Coming here is a different story,” he added. “I was able to log in the hours, put in the time and feel rested and ready. That’s going to be the interesting part going forward; how much do I play and how much do I rest. I think I’ve done a lot of the legwork and the hard work already, trying to find my game over the past year and a half. Now I think it’s just maintaining it. I know that I feel better when I’m fresh. The body doesn’t respond like it used to, doesn’t bounce back quite as well, so I’ve got to be aware of that.”

The last time Woods played two majors without playing an event in between was 2013 when he finished T32 at the U.S. Open at Merion before tying for sixth at the British Open at Muirfield. Still, this iteration of Woods is a far cry from that of 2013. To an extent, his health and its impact on his game will remain a guessing game. Even for him.

“And then you add the golf component to it.” 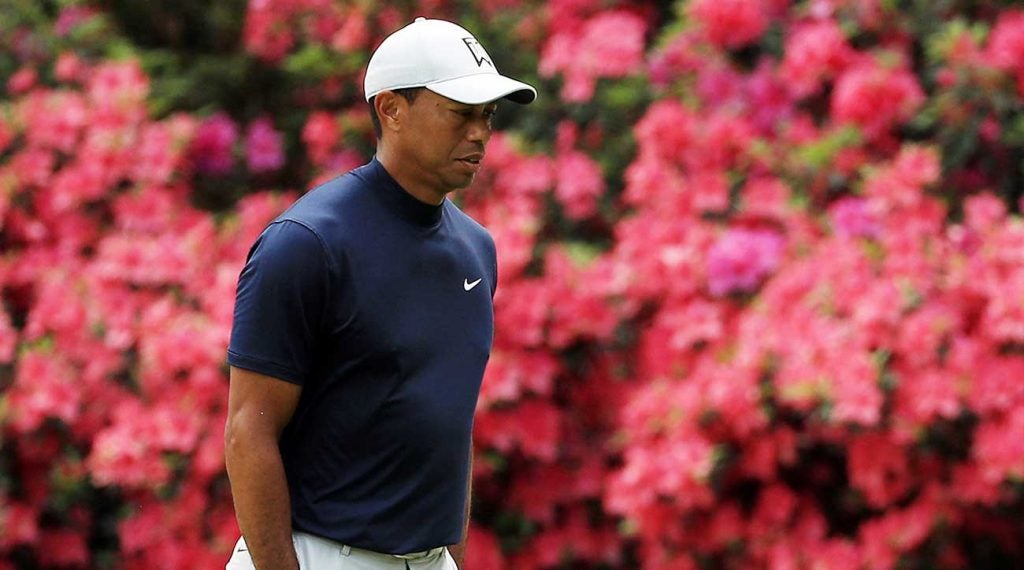 Tiger Woods will play at the PGA Championship for the first time since his victory at the Masters. It will be his first time playing two majors without a tournament in between since 2013.