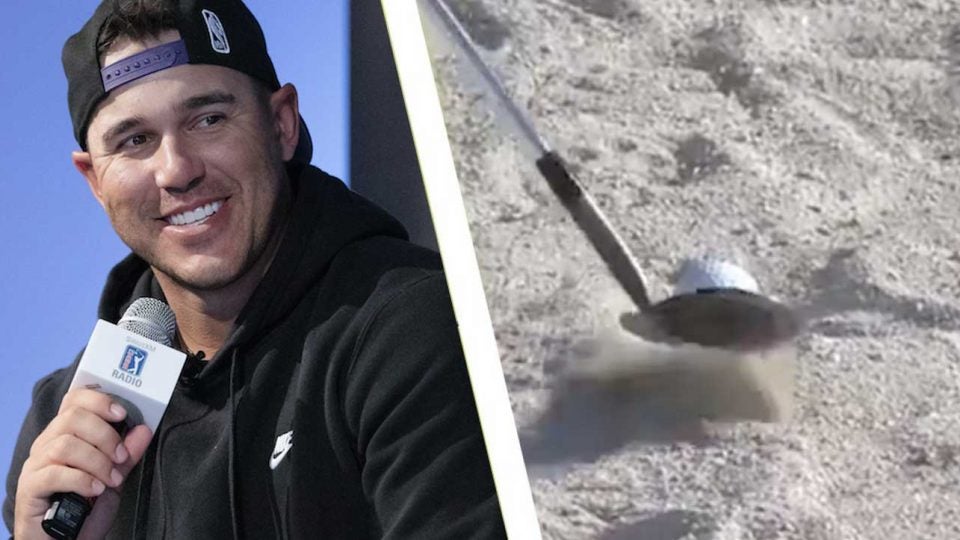 Brooks Koepka made the rounds on Monday, hauling his PGA Championship trophy around the Bay Area in advance of this year’s title defense. And with every major championship win, Koepka seems to further embrace the chance to riff on various topics of the day.

SiriusXM host Sway Calloway hosted a “special town hall broadcast” in Oakland in which he asked, among other things, about Patrick Reed’s bunker incident at the Hero World Challenge. Calloway asked the simple question:

Koepka didn’t hold back, answering slowly, intentionally, choosing his words. In doing so, he not only indicted Reed’s account of the events but also suggested that grey-area rules infractions happen with some regularity on Tour.

“Uh, yeah. I think, yeah — yeah,” he responded. “I mean, I don’t know what he was doing, building sand castles in the sand but, you know, you know where your club is.  I mean, I took three months off and I can promise you I know if I touched sand.

“It’s one of those things where you know, if you look at the video, obviously he grazes the sand twice and then he still chops down on it.

I guess the Astros are going through that right now. Jim Crane said it, when he got asked, ‘Is it cheating?’ And he said, ‘No, we just broke the rules.’ … If you play the game you understand the rules. You understand the integrity that goes on. I mean, there’s no room for it…”

Koepka added that breaches of golf’s rules go on with some regularity, and that pros often look the other way.

“I think a lot of times, too, I think guys — I’ll be honest, I’ve seen it a couple times where it’s like, ‘Whoa.’ I’ve seen some big names and been like, ‘Whoa, that’s not right.’ And I’ve bit my tongue. And a lot of times, with TV, you can’t hide from the cameras and everything. We bite our tongue a lot, and it’s one of those things, guys have hit it in the rough and all of a sudden they’ve got 3-wood out and they’re down there patting it down, it’s interesting. It goes on a little more than people think.”

Calloway followed up to ask whether those rules violations are hurting the sport.

“It’s not good,” Koepka said. “It’s one of those things where it’s going to be tough to kinda prove unless the cameras actually catch it. You’re calling ‘em out, but at the same time you can’t really prove it.”

Koepka recounted a story of an unnamed playing partner in the U.S. Open who missed one fairway in some high rough and took out 3-wood, which seemed like an unlikely selection. Koepka couldn’t prove anything but suspected the player was improving his lie; he eventually chose a wedge instead and hacked the ball just 60 yards down the fairway.

Koepka did allow that while there’s plenty of grey area, he has fallen short of his responsibility to protect the field by biting his tongue.

“I mean, I’ve been guilty with it, I haven’t opened my mouth. But I think now if I saw it, just because of where I’m at in the game, the stature that I have, I think now I would definitely say something.”