Patrick Reed is officially the new World No. 1 (in Trackman’s Combine competition) 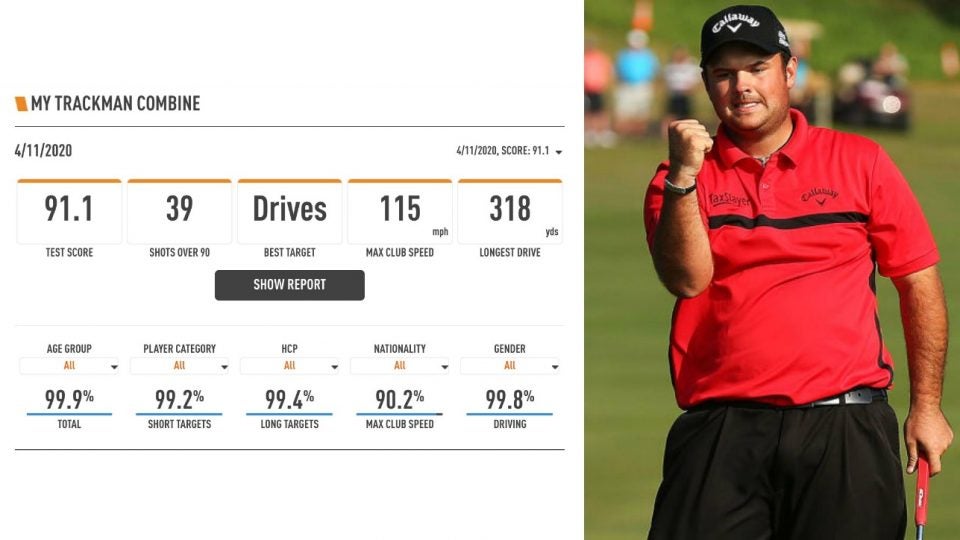 Even though it’s not something I often forget, every now and again I’m re-reminded of how incredibly good PGA Tour players are at golf. Every now and again one of them comes along and raises the bar to an entirely new level.

Last week, that happened to me, courtesy of Trackman.

Trackman, in case you’re unfamiliar, is a widely used radar system that pros use to gather data on their golf swing and ball flight. Within the system is a game called the Trackman Combine. Golfers have to hit 60 shots in batches of six, ranging from 60 yards all the way up to driver. You post a score at the end of it, and it’s become a challenge that golfers post on a global leaderboard.

With so many players stuck inside or, at beast, on the range, I decided to check the Trackman Combine numbers this month.

Jason Dufner is a bit of a Trackman combine expert; he has three of the top 50 Trackman Combine scores ever recorded, and up until this weekend, he was leading the world (literally) for both the year and in the month of April. His 90.6 score only featured two poor shots (if you can call them that): His first shot from 160 yards, which ended about 40 feet right of the pin, and his third driver, which ended about 70 feet right of the target.

Some incredible consistency there, especially when you look at his dispersion patterns. 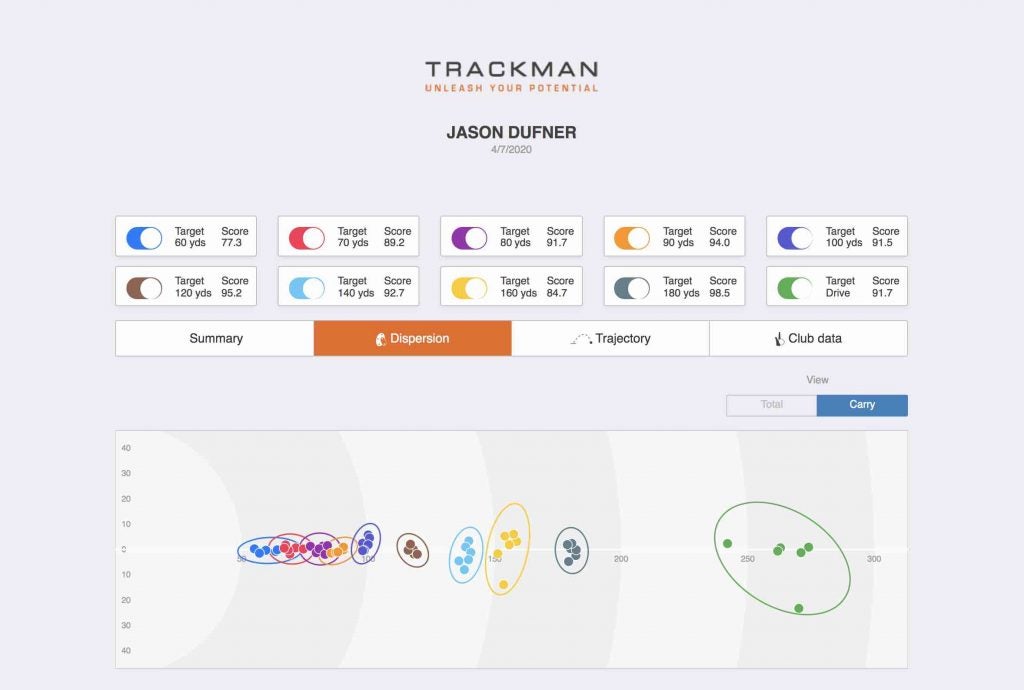 Which is why he was leading everything until this Saturday, when someone else came along…

That’s right. On what should’ve been Masters weekend, Patrick Reed came along and clocked a whopping 91.1 Trackman Combine score, one of the highest combine scores ever recorded.

Here’s his dispersion for each of the clubs he hit during the combine: 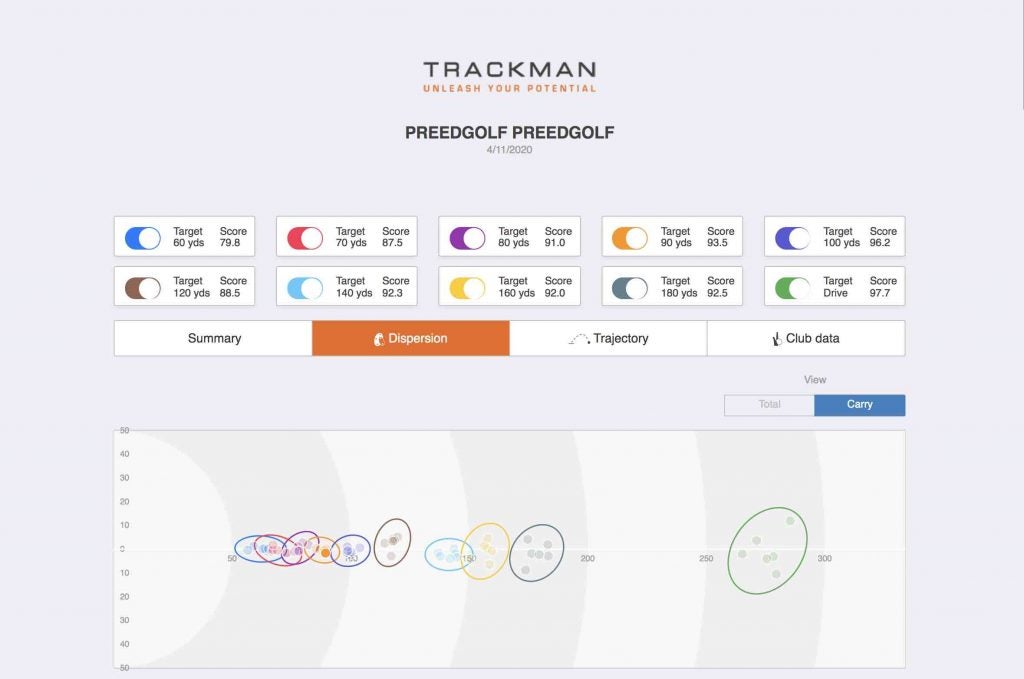 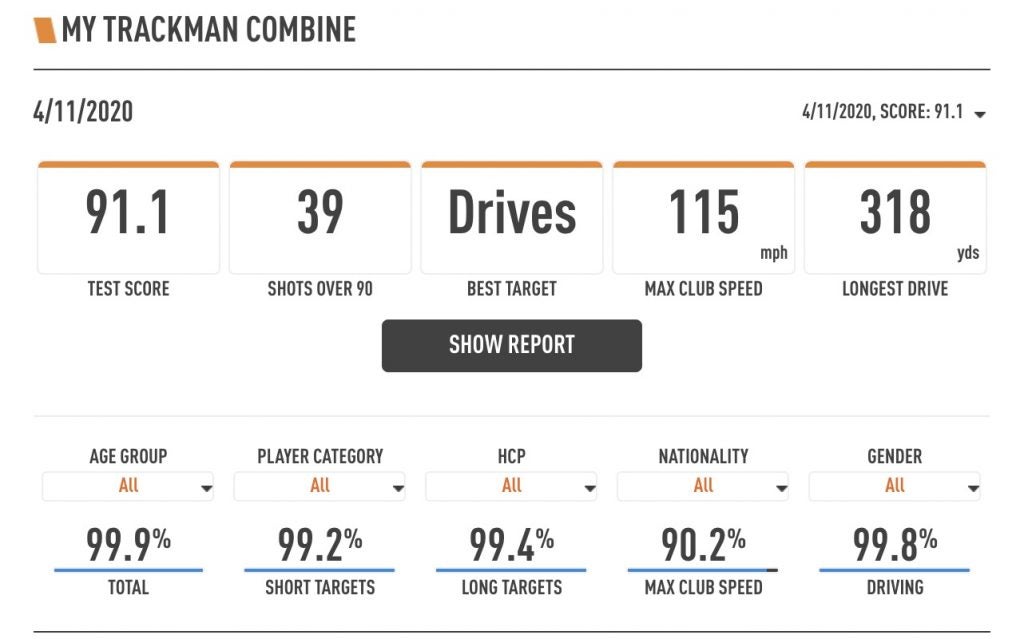 His worst shot of the combine — if you can call it that — was the first driver he hit, and it might be the best shot any of us would ever dream of hitting. The face was half a degree open, the path about half a degree over, resulting in a drive that ended just 35 feet (or 11 yards) left of his target 320 yards away. That was the most offline shot he hit all day. 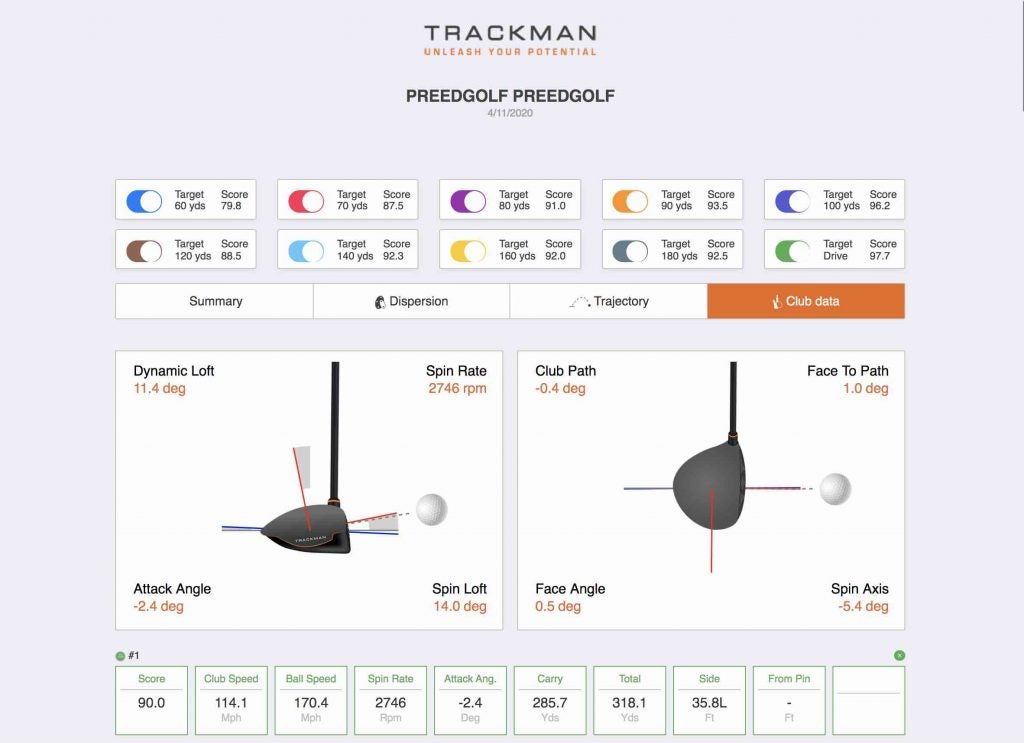 You can analyze his entire session’s data right here, and it really is remarkable. The consistency, the control, the power and precision from a player who ranks 34th in SG: Tee-to-Green this season.

Take a good look; that’s what it takes to play on the PGA Tour.