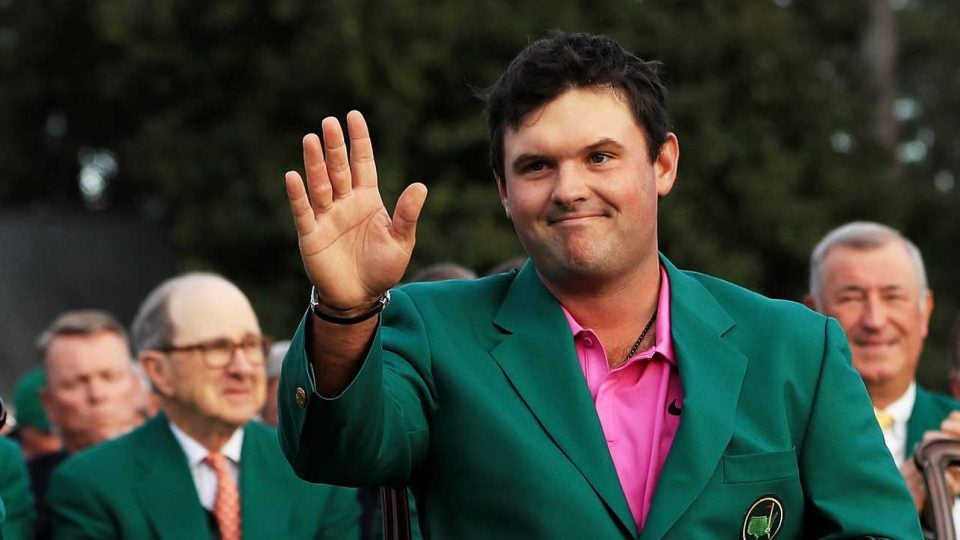 Patrick Reed will rise into the Top 5 in the World Ranking with a win at Bay Hill.
Getty Images

Patrick Reed has a great chance to become a Top 5 player in the world … for the first time in his life.

Fresh off a win at the WGC-Mexico Championship, Reed is currently No. 9 in the world and playing in a loaded field at this week’s Arnold Palmer Invitational. According to World Ranking wizard @VC606, the winner from the event is likely to earn 66 points.

That means that if Reed is to raise the trophy, he will have finally backed up his claim from 2014 that he was a Top 5 player in the world.

Jog your memory for a moment to six years ago, when Reed won what was then the WGC-Cadillac Championship at Doral. In his post-win interview, Reed cited everything he had done in his young career, including winning three times on the PGA Tour.

Taken literally, Reed was wrong. He was only the 20th-ranked player in the world. A top 20 player, but not Top 5. Ever since, he’s been linked with that quote, and never actually made “Top 5” a reality. Reed ascended to No. 7 in the world in the fall of 2016, Reed reached No. 11 after winning the Masters in 2018 but has oscillated in the teens ever since.

If he wins Arnie’s event, Reed will rise to No. 5, at long last. If he finishes solo second, well, he’ll likely reach just No. 6, fueling the same type of questions for the following week at the Players Championship.