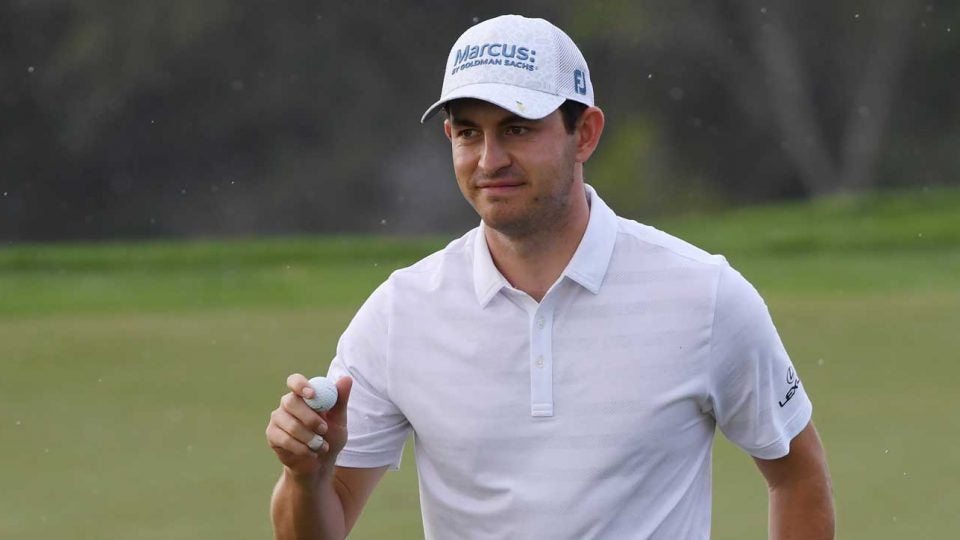 Patrick Cantlay’s caddie told GOLF.com that Cantlay was having what he believed to be a private conversation with Rahm that they didn’t intend to be aired on Golf Channel.
Getty Images

If you’re a golf fan who spends time on social media, chances are you’ve seen the clip of Patrick Cantlay’s colorful and somewhat cryptic discussion with Jon Rahm and their respective caddies on the 17th tee during the second round of the Sentry Tournament of Champions.

On what was a gusty Friday afternoon on the Plantation Course, Golf Channel mics picked up Cantlay, the world’s 7th-ranked player, saying “these pampered f—s need to play” and “two more holes and we can get a Mai Tai.”

Cantlay’s caddie Matt Minister responded, “I’ll get a Mai Tai, you can have your water.”

“Don’t spoil it for me,” Cantlay said.

SOUND ON ?? Cantlay ready for a Mai Tai #imadebogey

When the telecast cut back to the booth, Golf Channel analyst Paul Azinger said, “Gosh, he’s not really staying in the moment. He’s already in the 19th hole in his head.”

Added announcer Dan Hicks, “Talk about unfiltered. They do have to realize that there are live mics around, especially when you’re turning into a star player like Cantlay is.”

Naturally, the exchange set golf Twitter ablaze. Many observers speculated that Cantlay was impersonating Golf Channel announcer Mark Rolfing, because Cantlay said, “I’ve been waiting for this weather for 40 years.” (Rolfing is a long-time Maui resident and helped in the picturesque layout’s enhancement along with the original designers he brought in, Coore & Crenshaw.)

GOLF.com’s attempts to clarify Cantlay’s comments through his representation have been unsuccessful. But Minister, his caddie, did respond to a text.

Minister said that Cantlay was having what he believed to be a private conversation with Rahm that they didn’t intend to be aired on Golf Channel.

“I know that Rolfing had nothing to do with that conversation,” Minister said. “I find it amusing people assuming they know what we are talking about. They are wrong.”

Minister added that the Mai Tai remark “caught me off guard. [Patrick] doesn’t drink.” (Minister’s not a Mai Tai guy, either. He said his post-round drink of choice this week has been a craft beer from Maui Brewing Company.)

So, what were Cantlay’s remarks in reference to? Minister declined to say.