Martin Kaymer was chasing his first PGA Tour victory since the 2014 U.S. Open, but Adam Scott, Jordan Spieth and others — including Patrick Cantlay — were in the mix during the final round of the Memorial Tournament on Sunday at Muirfield Village in Dublin, Ohio. Here’s what you missed.

How it happened: Kaymer led by two after 54 holes and birdied four of the first 11, but after back-to-back bogeys on 12 and 13 he was suddenly two back of Cantlay, who shot five under on the front nine and added birdies on 11 and 14, the latter good for a two-shot advantage. Cantlay, who started the day five behind Kaymer, added a birdie on the 15th en route to a smooth eight-under 64 and two-stroke victory. Adam Scott, who made birdies on 14, 15 and 16, finished second at 17 under. Kaymer (72) was alone in 3rd at 15 under, four back. 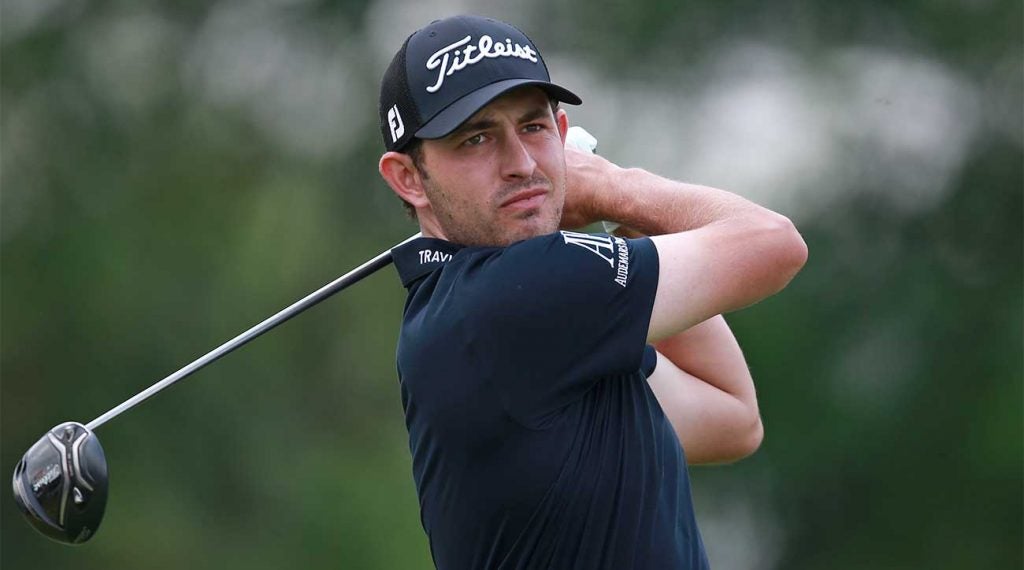 Patrick Cantlay hits driver during the final round of the Memorial.
Getty Images

Why it matters: It’s Cantlay’s second career PGA Tour victory. He also won the Shriners Hospitals for Children Open in November 2017. Sunday also makes Cantlay, 27, an even trendier pick for the U.S. Open, which will rely on tight fairways and long rough like Muirfield Village. Cantlay has already played well in majors this season. He was T9 at the Masters and T3 at the PGA Championship.

Who lost: Kaymer was cruising until he made three bogeys in a five-hole stretch and lost the lead. Down three, he then gave up a good birdie opportunity on the par-5 15th when he drove it into the right rough and tried to hit a hero slice onto the green. The ball never turned as much as he hoped and found the water, leading to a par. Tournament host Jack Nicklaus was in the booth when Kaymer played the 15th. “I don’t understand why you think the whole tournament has to be on one shot,” Nicklaus said. “Martin is in good shape there. He can still make 4 with a layup. Why do you want to do that? I don’t know.” Kaymer was three over on the back nine.

Best round by a 15-time major champ: Tiger Woods made five birdies in his first eight holes and was seven under through 12, but his final round cooled with bogeys on 14 and 18. He shot a five-under 67 and tied for 9th in his final start before the U.S. Open. “Going into today I was never going to win the tournament, but I was hoping I could get something positive going into the Open,” Woods said. “I was able to accomplish that, which is great, and get some nice positive momentum going into a nice practice week.”

Fastest round award: Sorry, Graeme McDowell, who played at a blistering pace last week at Colonial, but Boo Weekley has you beat.

Boo corrected me – he actually played in 2:15. Fastest round ever?

“I guess so. I never been in last place before.”https://t.co/iYu0R5m6nr