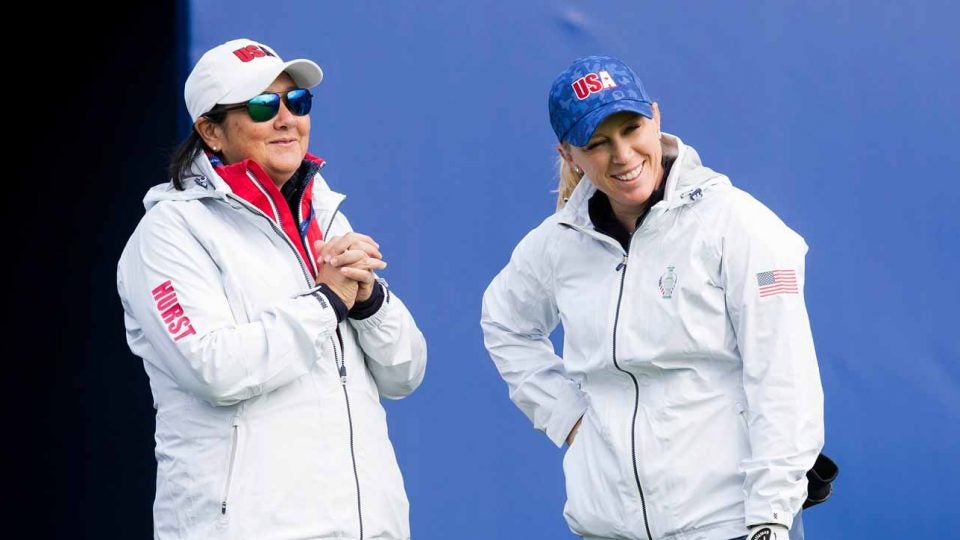 After playing on five Solheim Cup teams and serving as an assistant captain on three, Pat Hurst (left) will take the reigns as USA captain in 2021.
Getty Images

Six-time LPGA champion Pat Hurst has a new challenge facing her in 2021: re-claiming the Solheim Cup trophy from Europe, who won the 2019 edition in dramatic fashion. On Thursday, it was announced that the 50-year-old Solheim veteran would captain the USA in the 2021 edition of the biennial match when it is contested back on U.S. soil at the Inverness Club in Toledo, Ohio.

In a first-person essay for LPGA.com, Hurst described her experience as an assistant captain to Juli Inkster as “some of the greatest experiences of my professional career.” She also revealed that she will likely stick with the “pod system” popularized by Paul Azinger at the 2008 Ryder Cup and utilized by Inkster during her tenure as captain, in which players are grouped together according to their personalities to create interchangeable and successful pairings options during the team-play portion of the matches.

“Now that I’ve been blessed with this great honor and awesome responsibility, I’m giving it all I’ve got,” Hurst wrote.

The 17th edition of the Solheim Cup will be staged at Inverness from Tuesday, Aug. 31, to Monday, Sept. 6, 2021 — making it the first time in Solheim Cup history that play will conclude on Labor Day.