‘We blew the headline’: Palm Beach Post owns up to Keith Mitchell slight 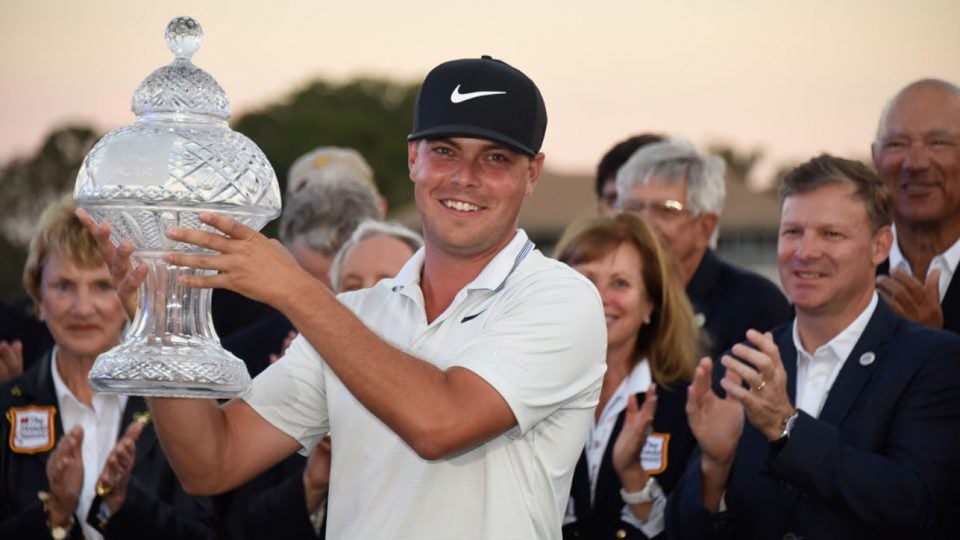 The Palm Beach Post owned up to the headline it wrote on Keith Mitchell's victory at the Honda Classic.
Getty Images

Monday was not a great day for the Palm Beach Post.

The local newspaper published a headline titled “No-Name Champion” above a picture of Keith Mitchell winning the Honda Classic in the sports section of Monday’s paper. After readers criticized the paper via email, phone calls, and social media for failing to give Mitchell the respect he deserved for his win at PGA National this weekend, the paper took responsibility for and owned up to its slight of Mitchell’s victory.

“Those of us in the media know that headline writing is a craft,” wrote sports editor Nick Pugliese on the newspaper’s website on Monday evening. “The boldest words on the biggest events take nuance, creativity and a special touch. Sort of like draining a 15-foot putt on the 18th green to win the Honda Classic. While putting together our coverage of Sunday’s final round, topped by the story of Keith Mitchell winning his first PGA Tour event, The Post lined up to write Monday morning’s banner headline for the newspaper’s Sports section — and missed the cup by 10 feet.”

Below is what the headline looked like in Monday’s newspaper, and some of how social media reacted to it.

How does this even come close to happening? https://t.co/jZ75uO62df

Every player on every tour has a name. And every player has a story to be heard…especially when they win. What a terrible thing for a player to have to read about himself after a highlight moment. @pbpost you should be disgusted by this headline. https://t.co/zpm52dlmGT

Journalists at their best. Sorry this has to be the rudest thing ever. I hope what ever media credentials these people have in golf are striped from them. pic.twitter.com/ZDDJUEeIhN

The Palm Beach Post is not alone in overlooking Mitchell’s win in Palm Beach Gardens. As Mitchell walked down the 18th fairway on Sunday with his first PGA Tour win on the line, NBC Sports broadcaster Dan Hicks accidentally referred to Keith Mitchell as Kevin. But he took Hicks blunder in stride, tweeting “You can call me Kevin all you want. Just make the check out to Keith.”

After his win, Mitchell said that a friend of his sent him a story from a local newspaper with a headline that an unknown golfer was leading the Honda after Friday’s second round. He said the article motivated him.

For the Palm Beach Post’s sake, let’s hope it wasn’t them.

“While every golfer enjoys a mulligan, our chance passed once the presses started rolling Sunday night,” Pugliese wrote. “The next time Mitchell wins a tournament, we promise to write something like, MITCHELL WINS FIRST MASTERS. And, we promise never to use No Name and Mitchell in the same sentence again.”

Despite the gaffe, Mitchell was not offended. The 27-year-old said to Golf Channel that he didn’t “take any negative light” about the headline.