Why does The Open Championship have multiple names? It’s complicated 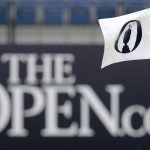 Is it The Open or the British Open?

We’ve reached the middle of July, and in the golf world, that can only mean one thing — it’s time for The Open … or is it the British Open?

Officially, the last men’s major of the year is named The Open, or the Open Championship. But colloquially — among American golf fans, anyway — the tournament often is referred to as the British Open. This list of AKAs can lead to some contentious discussions (ones I can’t help but insert myself into) and seemingly everyone has an opinion on the matter.

So, what’s the rightful name of the championship? It depends on who you ask.

The R&A has always referred to its premier event as the Open Championship, ever since its inception in 1860. Anyone from the governing body across the pond will insist that is the only acceptable name.

“The name of the championship hasn’t changed in 155 years,” then-R&A communications director Malcolm Booth told the Associated Press in 2016. “The reason we think 155 years on there is legitimacy in calling it ‘The Open Championship’ is it really was the birthplace of open competition.”

When the championship first came along, there were no other notable golf tournaments in the world. The Open Championship moniker made sense. But as the years went on, other Opens came about.

In 1895, the U.S. Open was born. Eight years later, they played the South African Open for the first time. The Canadian Open and Australian Open were founded in the two preceding years. Suddenly, The Open wasn’t the only Open.

But unlike the other Opens, which are national championships, the Open Championship considers itself an international championship. It is conducted by the R&A after all, which governs the game around the globe, save for the United States and Mexico. The winner is deemed “Champion Golfer of the Year.”

Loyal social media followers of GOLF.com seem to agree. In a Twitter poll at the beginning of the week, the masses got behind The Open with vigor.

“The winner of the Open Championship is announced as The Champion Golfer of the Year,” one follower replied. “Give me one good reason why this delightful tradition should be changed.”

The survey was less than scientific, but the majority made their voice heard.

However, Jack Nicklaus, perhaps the greatest golfer of all time, said the Open Championship in his mind is the British Open — full stop. He told the AP he calls it The Open only when he’s in the UK.

There’s been little to quell the argument for either side in recent years, and every July the debate rages. Perhaps Phil Mickelson offered the most amicable solution in a tweet earlier this week.

“Both are acceptable,” he tweeted.

Just don’t go telling the other side they’re wrong.