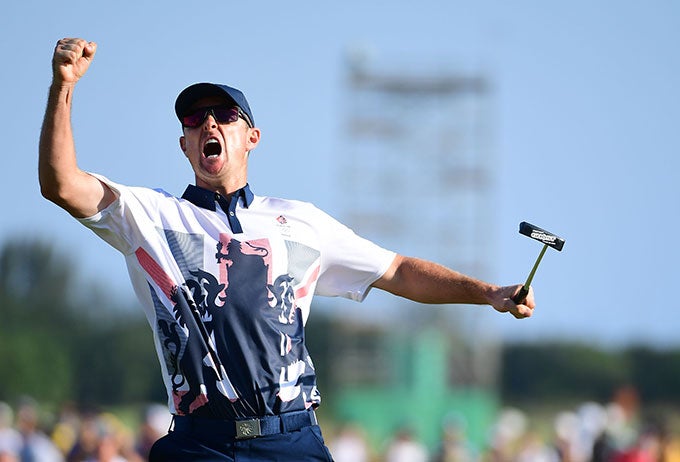 Golf fans were treated to a head-to-head battle for the gold medal on Sunday, with Justin Rose of Great Britain coming out on top by two shots to win the gold in golf’s return to the Olympics.

Rose entered the day with a one-shot lead over Henrik Stenson, and paired together, they traded birdies all afternoon. Entering the 72nd hole, they were tied at 15 under. Neither player could reach the par-5 18th with their second shots and faced short pitch shots for up-and-down birdies. Stenson’s approach hit short of the pin and spun back, leaving him a 20-footer. Rose’s pitch hit and checked up inside three feet. Stenson went on to three-putt, and Rose tapped in for a birdie and the gold medal.

Matt Kuchar put on a Sunday show to win the bronze medal for the United States. His final-round 63 pushed him to 13 under, three shots behind Rose.

As for the other three Americans, Bubba Watson tied for 8th, Patrick Reed tied for 11th and Rickie Fowler finished 37th after a Sunday 74.

See the full scores for the 2016 Men’s Olympic Golf competition below.