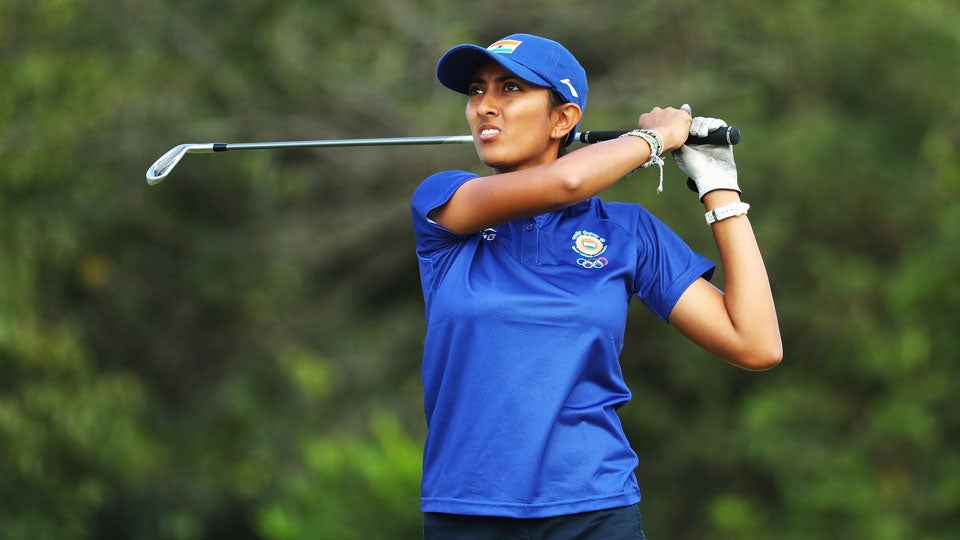 India's Aditi Ashok is in contention at the 2016 Rio Olympics.
Getty Images

Bangalore, India native Aditi Ashok is currently in contention for a gold medal at six under par after the first two rounds of the women’s Olympic golf competition in Rio. Here are five things to know about the teenage phenom:

1. She’s has a special distinction in Rio.

At only 18 years old, Ashok is the youngest player in the Olympic women’s golf field this week, and the only female golfer representing India.

2. She already has an impressive resume.

Ashok secured her 2016 Ladies European Tour card by becoming the the youngest — and first — Indian player to win the Lalla Aicha Tour School. Even more impressive? She shot 23 under par to do it at only 17 years old.

3. She keeps her family close.

4. She’s already had some success in her rookie season on the LET.

Ashok has two top ten finishes in 12 career starts on the Ladies European Tour, and has competed in one LPGA major championship thus far, this year’s Women’s British Open at England’s Woburn Golf Club. She shot 79, 71 (+6) to miss the cut by five shots.

According to her LET Tour profile, Ashok’s favorite golfer is Seve Ballesteros, and her favorite course is the Old Course at St. Andrews.