Finally! Oliver Fisher shoots first 59 in European Tour history (and it could have been even better) 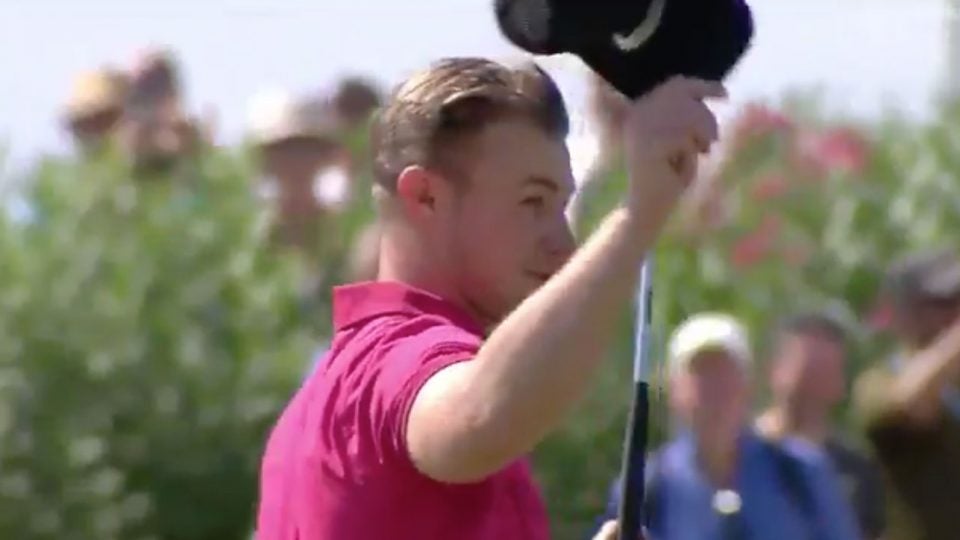 Oliver Fisher posted an historic performance on Friday at the Portugal Masters.

Oliver Fisher’s putt on No. 18 at the Portugal Masters caught the left edge of the cup and just slipped out. He muttered something, disappointed. And then he tapped in for a 59: the lowest round in European Tour history.

Fisher added a birdie at the short par-4 15th and one more at the par-5 17th to get to 12 under. All that remained was the par-4 18th. He hit his approach shot just inside 40 feet and nearly holed his putt, which caught a part of the cup but just stayed out.

In the end, Fisher’s round consisted of 10 birdies, an eagle and seven pars. It was a bit out of nowhere for the Brit, whose last four starts on the Euro Tour went MC, MC, T71, MC.