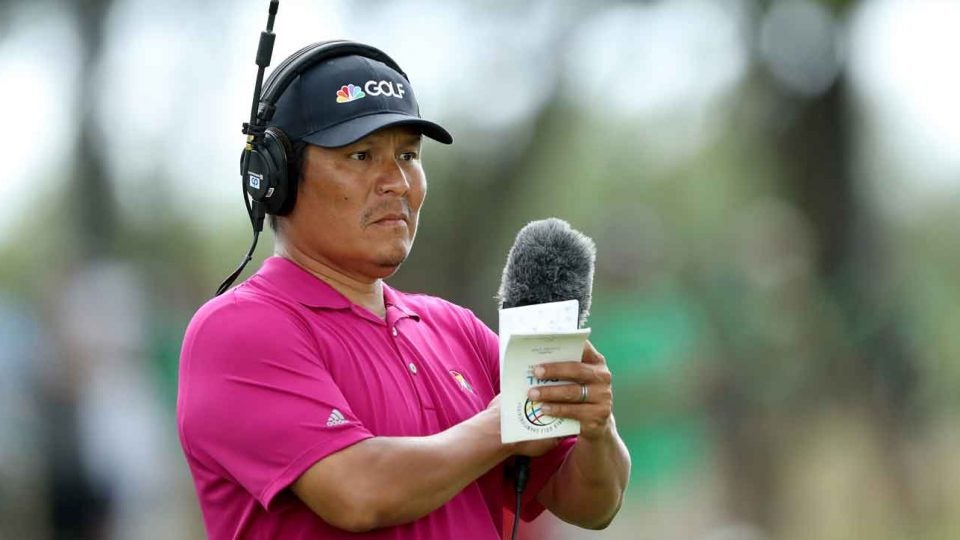 The call started out about golf. It turned into something bigger.

On a Golf Channel conference call on Thursday to discuss weekend programming, Notah Begay described how members of his Navajo Nation community were being “decimated” by the coronavirus. The Navajo Nation, which stretches 27,000 square miles across Arizona, New Mexico and Utah, had seen 22 deaths and 558 positive cases as of Thursday among its population of more than 150,000, according to the Navajo Department of Health. In comparison, the entire state of New Mexico, which has a population 13 times larger, has had 17 deaths and 989 positive cases as of Friday, according to the New York Times.

“It’s kind of with a heavy heart that I deal with that and try and push through, and you know, it’s been difficult but — I don’t know why I’m getting emotional,” said Begay, an analyst for Golf Channel who is half Navajo and 100 percent Native American. “I haven’t gotten emotional through this whole thing till now. I guess it’s just there’s a historical context here that’s just tough for me to deal with. … What we have been working on is just getting supplies and food, as much resource.”

At that point, Begay began to tear up.

As the country deals with Covid-19, I was sad 2 learn that the rate of infection among people on the Navajo Nation is 7x the rate of those in my home state of NM! Please follow all safety protocols! Social Distancing Works! #ProtectOurCommunitiesStayAtHomehttps://t.co/Vd05xzIONy

The New York Times reported that several factors have led to the quick spread of the virus. Among them are a high prevalence of diseases like diabetes, a lack of running water and several generations of families living in one house.

“It’s a scary thing for me,” Begay said. “It’s scary. It’s been a scary process. I’m going to lose some family members, I’m quite certain of it, and I just don’t know who it’s going to be.”

With the PGA Tour on hiatus until at least the middle of May, Begay said “it’s boots on the ground for me” in doing work with his foundation, the NB3 Foundation. Through it, he said he has been directing food, water and resources to families in the rural areas of the Navajo Nation. Begay hoped to get more support.

“There are people out there that have zero internet access,” Begay said. “They don’t have mobile phone reception, that a lot of times aren’t — don’t know what’s going on, and so it’s just a matter of using the network and trying to connect, and you know, hopeful that we’ll be able to get through all this and hopeful that we’ll be able to get back into a regular golf schedule at some point.”