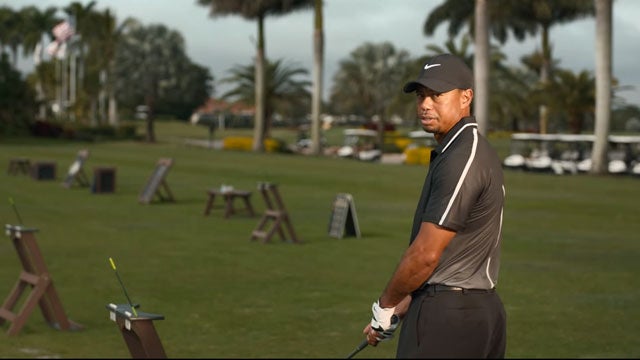 Tiger Woods' line in the commercial for why he doesn't want to change drivers: "But I've won 14 majors!"
Nike

Now this is a star-studded commercial.

In a new ad for its Vapor drivers, Nike managed to squeeze in Tiger Woods, Rory McIlroy, Michelle Wie, Charles Barkley,  and Bo Jackson along with a random little girl in a 30-second spot. Keegan-Michael Key (of “Key & Peele”) does all the ahtletes’ voices while he attempts to convince each player to upgrade to the Nike Vapor line.

Even Tiger’s caddie Joey LaCava makes a cameo! At the 26-second mark in the ad, LaCava appears suddenly with Woods’ MusclePharm-clad bag in the shot. Good thing he is staying fresh during his boss’s time away from competitive golf.