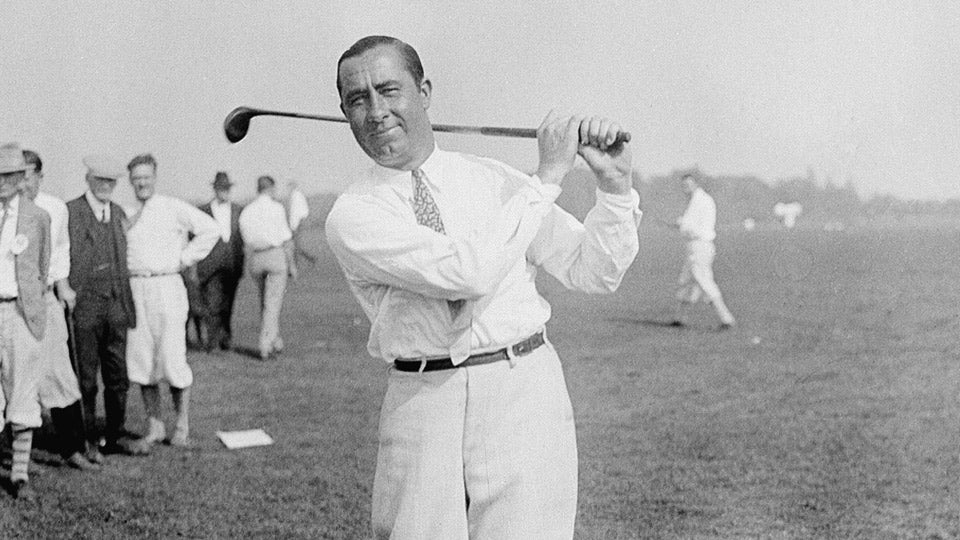 Walter Hagen vs. Gene Sarazen. Gene Sarazen vs. Walter Hagen. What to do when you have to pit two of the game’s top 10 golfers for bragging rights in the Empire State? We could look to the final of the 1923 PGA Championship, one of the testiest on record. Sarazen felt Hagen disrespected him and some accused Hagen of skipping the ’22 event to avoid the then 20-year-old U.S. Open champ. All square at the second hole of sudden death, Sarazen caught a lucky break on his drive, which irked the Haig. In a show of bravado, the Squire announced to the gallery, “I’ll put this one up so close to the hole, it will break Walter’s heart.” Sarazen did just that and the feud continued. Still, in their respective primes, Hagen was the better player. The Rochester native learned the game at his hometown country club as a caddie, and would go on to win two U.S. Opens, four British Opens and five PGA Championships, including a record four in a row. His 11 professional major titles trail only Nicklaus and Woods. He also won five Western Opens, back when its prestige was the equivalent to a major. Harrison native Sarazen, by contrast, won all four majors — his 1935 Masters win was aided by his famous double eagle at the 15th during the fourth round — but won only seven majors overall and had an especially spotty record in the PGA during Hagen’s remarkable run. Edge: the Haig.