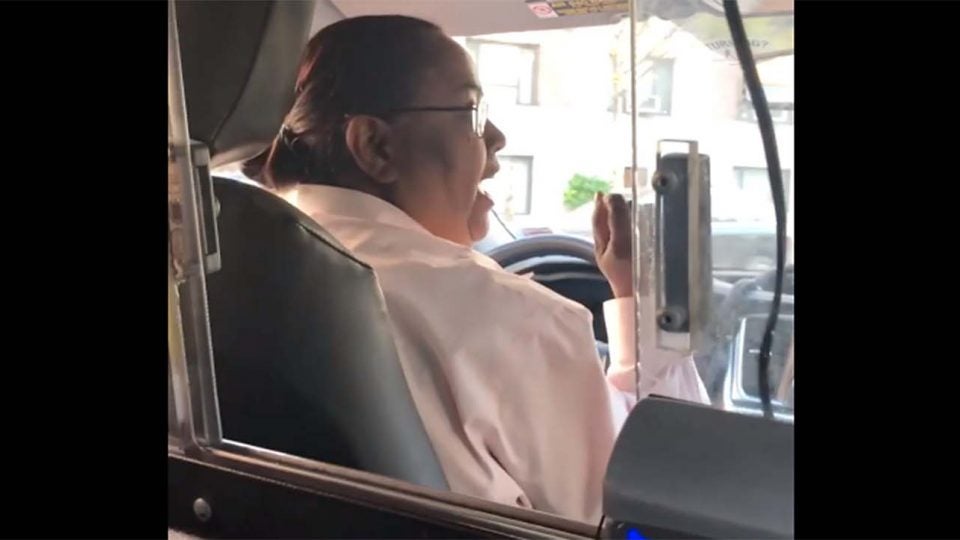 Manhattan is full of surprises — the scenery, the people, the food. It’s also home to some of the best sports fans you’ll find anywhere, and they’re lurking around every corner.

As it turns out, they’re also behind the wheels of the taxis.

On a recent commute, GOLF.com’s senior video producer Sam Goldberg hopped into a cab and struck up a conversation. Once he mentioned his job, the driver perked up. She quickly revealed that she was glued to this year’s Masters and was still buzzing about what she’d witnessed. She’s a die-hard Tiger Woods fan — that might be understating it — and when Woods ended his 11-year major drought with a seismic, one-shot win, well, we’ll let the driver tell you about what her mood was like. Check out the video here:

Our NYC cab driver is the biggest Tiger fan around ?

“Man, I prayed. I’m telling you, I actually prayed for every tee shot, for every stroke. Please let him get in the fairway,” she said. Given all of Woods’s near-misses in the majors over the past decade, her nerves were understandable.

“I was like, God, come on, let Molinari mess up. I know he has the Pope on his side, but this is just too much. The minute he put that ball in the water (on the par-3 12th hole) I’m like, ‘game over.’” When Molinari rinsed that tee shot on 12, it certainly felt like the momentum had swung Woods’s direction. But there were still a handful of guys in contention who could’ve swiped the green jacket. So, how did she react when Woods tapped in on 18 to seal it?

“I don’t think actually I came down for 20 minutes flat. I was stunned,” she said.

Here at GOLF.com, we admire passion, and this driver possesses it in spades. Before paying his fare, Goldberg asked her about Tiger’s chances of one day breaking Jack Nicklaus’s record of 18 major titles. She went big.

“I keep telling everybody, this year I expect three majors,” she said.

Say this: The cabbie loves Tiger, and she also knows golf. Maybe even better than she knows Manhattan.