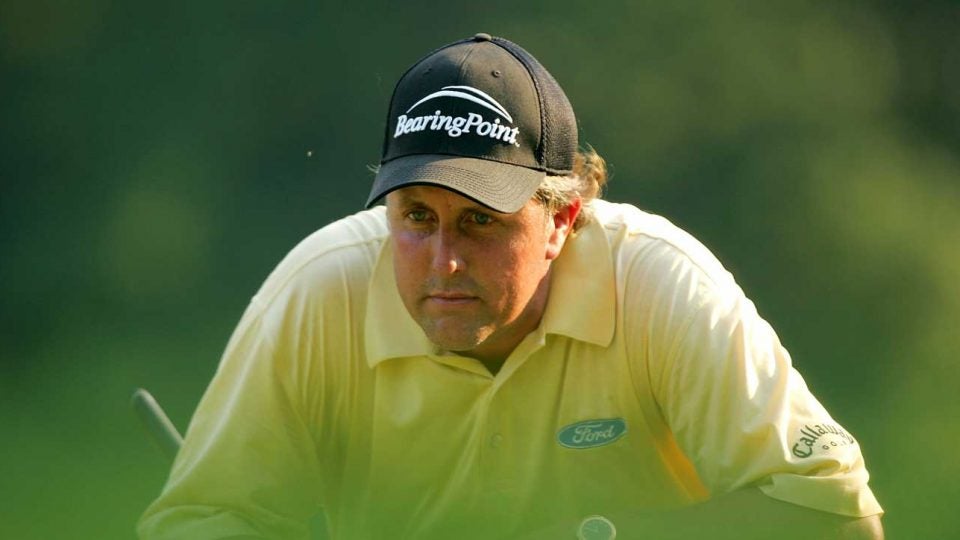 The most memorable meltdowns in U.S. Open history

The U.S. Open has been long lauded as the most difficult test in golf, and it repeatedly lives up to that billing. Over the course of 72 holes, and sometimes 90(!), the event breaks players down. Between the glassy greens and the ultra-thick rough, no one has it easy. And for every thrill of a player conquering an Open,  there have been just as many heartbreaking collapses. Here are the eight most memorable meltdowns in Open history. 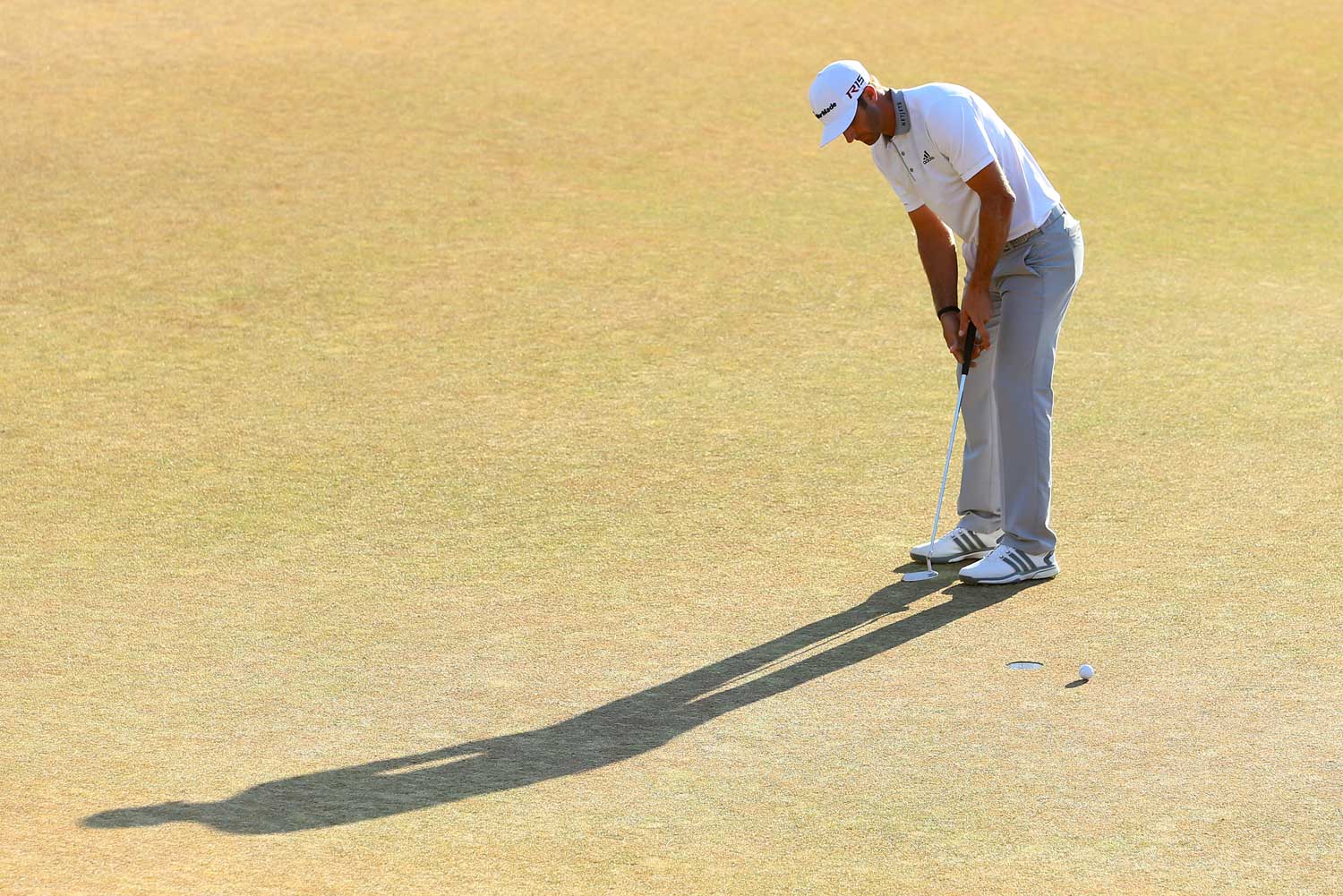 Dustin Johnson, majorless at the time, had an eagle putt to win on the 72nd hole of the 2015 Open at Chambers Bay, but it didn’t fall. Then came the heartbreaker. He missed a short birdie putt coming back, tapped in for par, and lost to Spieth by one. 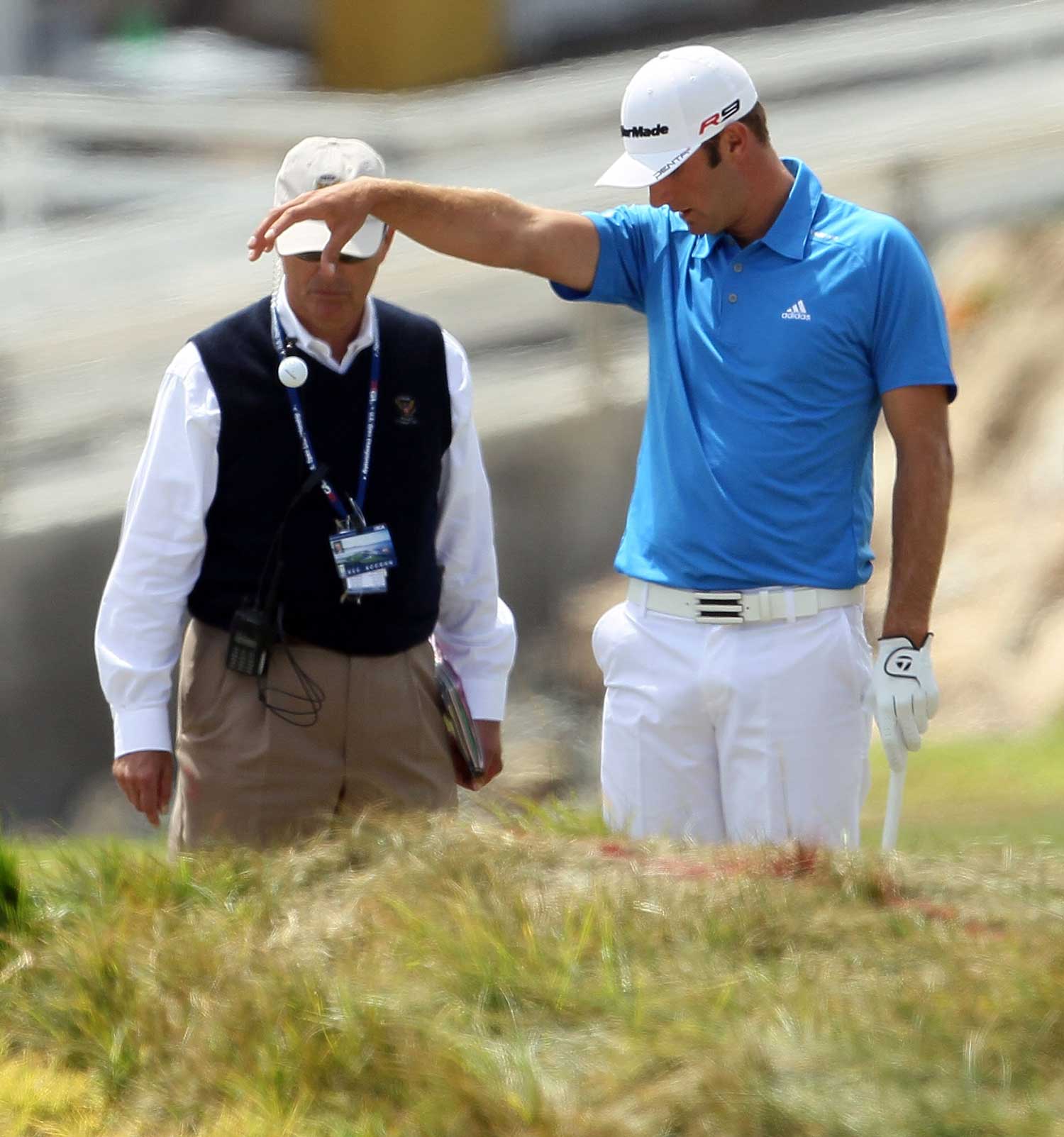 Dustin Johnson, his caddie Bobby Brown and a USGA rules official look into a hazard on the 4th hole during the final round of the 110th U.S. Open at Pebble Beach in 2010. Johnson held a three-shot leading entering the final round, but he shot a final-round 82 and tied for eighth. 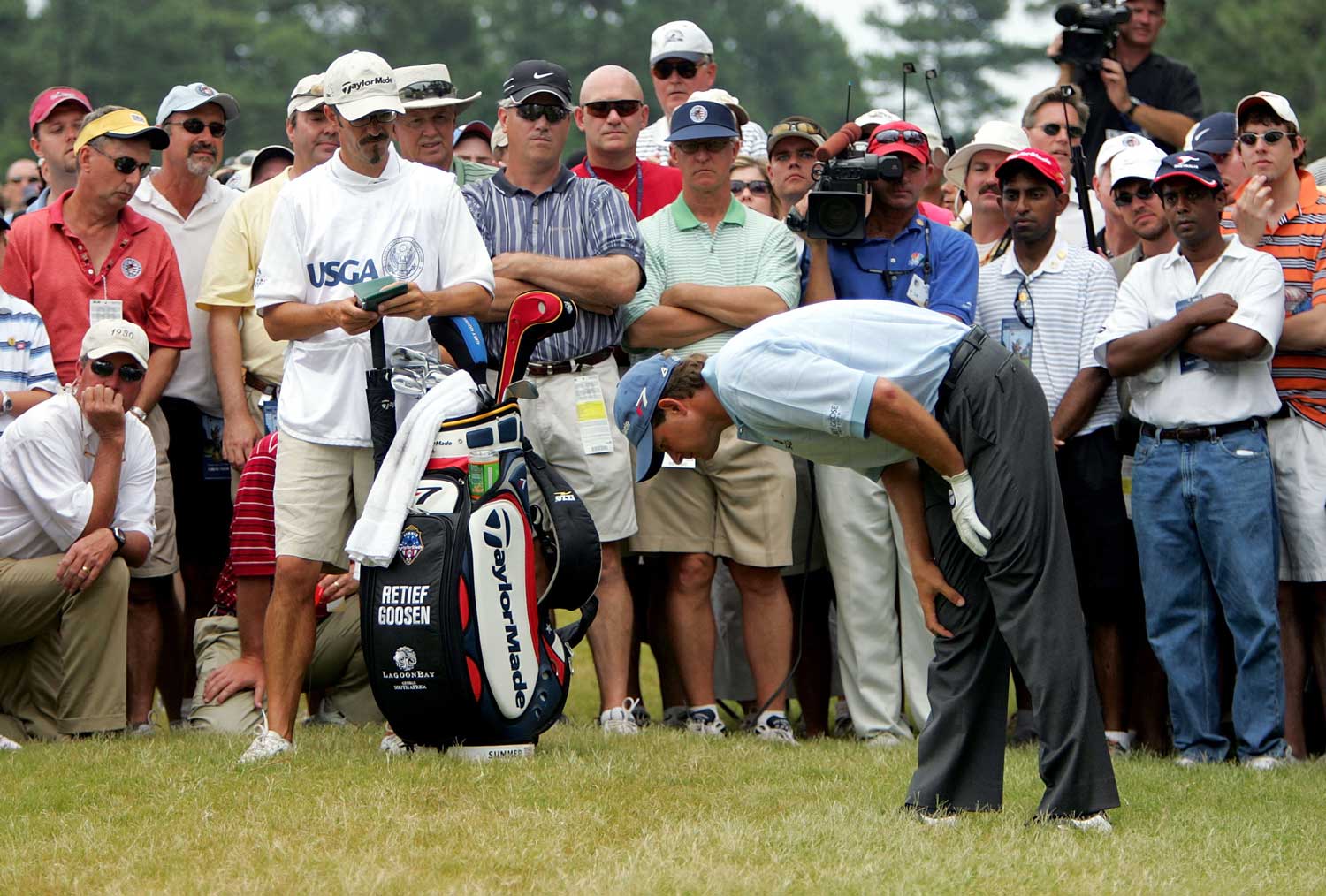 Retief Goosen led the 2005 U.S. Open at Pinehurst by three after 54 holes, and Jason Gore was tied for second at even par. Then came the final round. Goosen fell apart before he made the turn and shot 81. Gore finished 14 over in his final round for an 84. Neither finished in the top 10, and Gore dropped all the way to T49. Michael Campbell beat Tiger Woods by two to win. 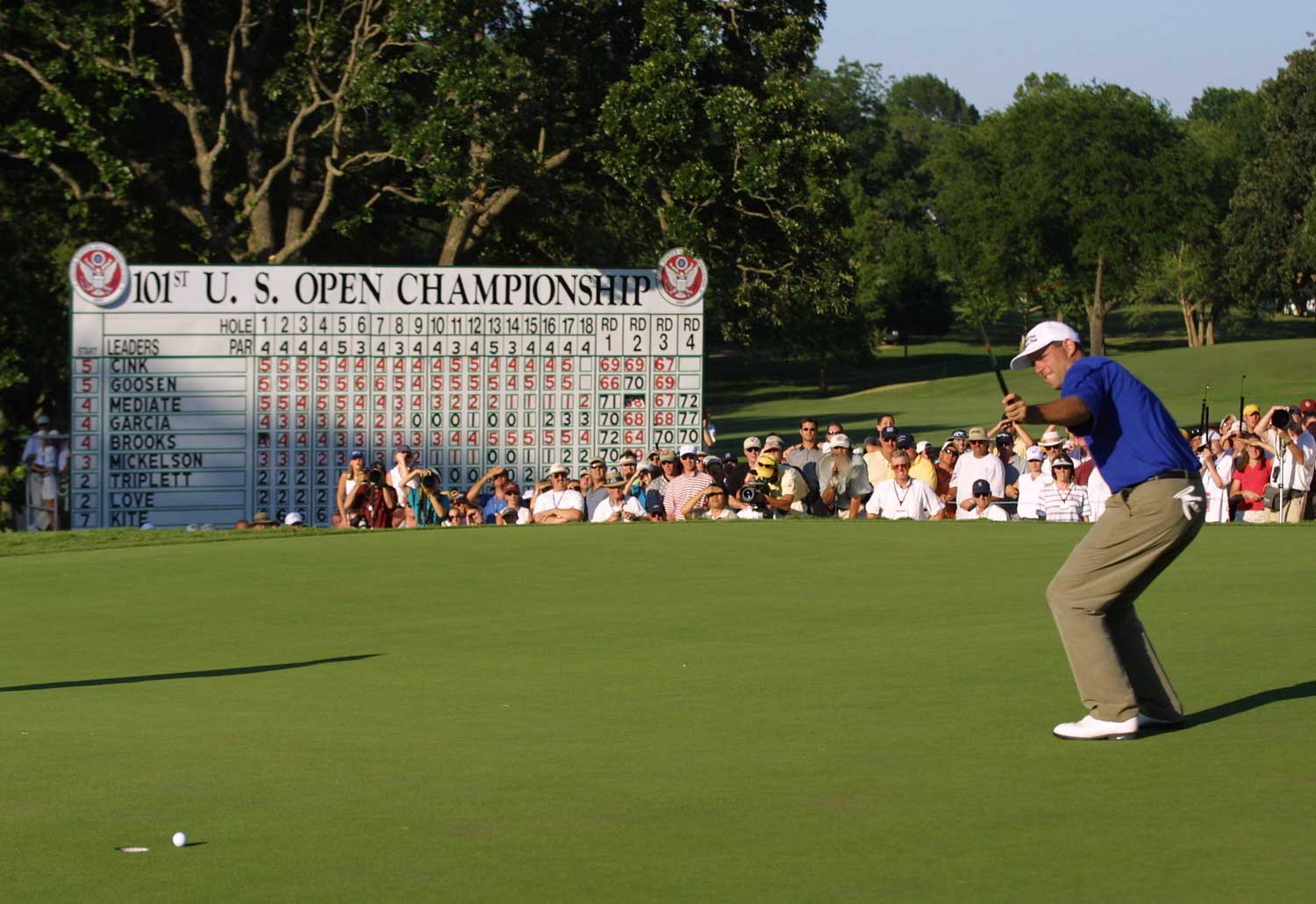 Cink thought he needed to drain his 15-foot birdie putt on the 72nd hole for any chance of forcing a playoff at Southern Hills Country Club in Tulsa, Okla. in 2001, but he missed it, However it’s the next putt — a miss from 18 inches — that still eats at him to this day. As it turned out, a Cink two-putt would have got him in the playoff. “It not only wrecks your confidence,” Cink said of his lapse. “It’s kind of embarrassing.” 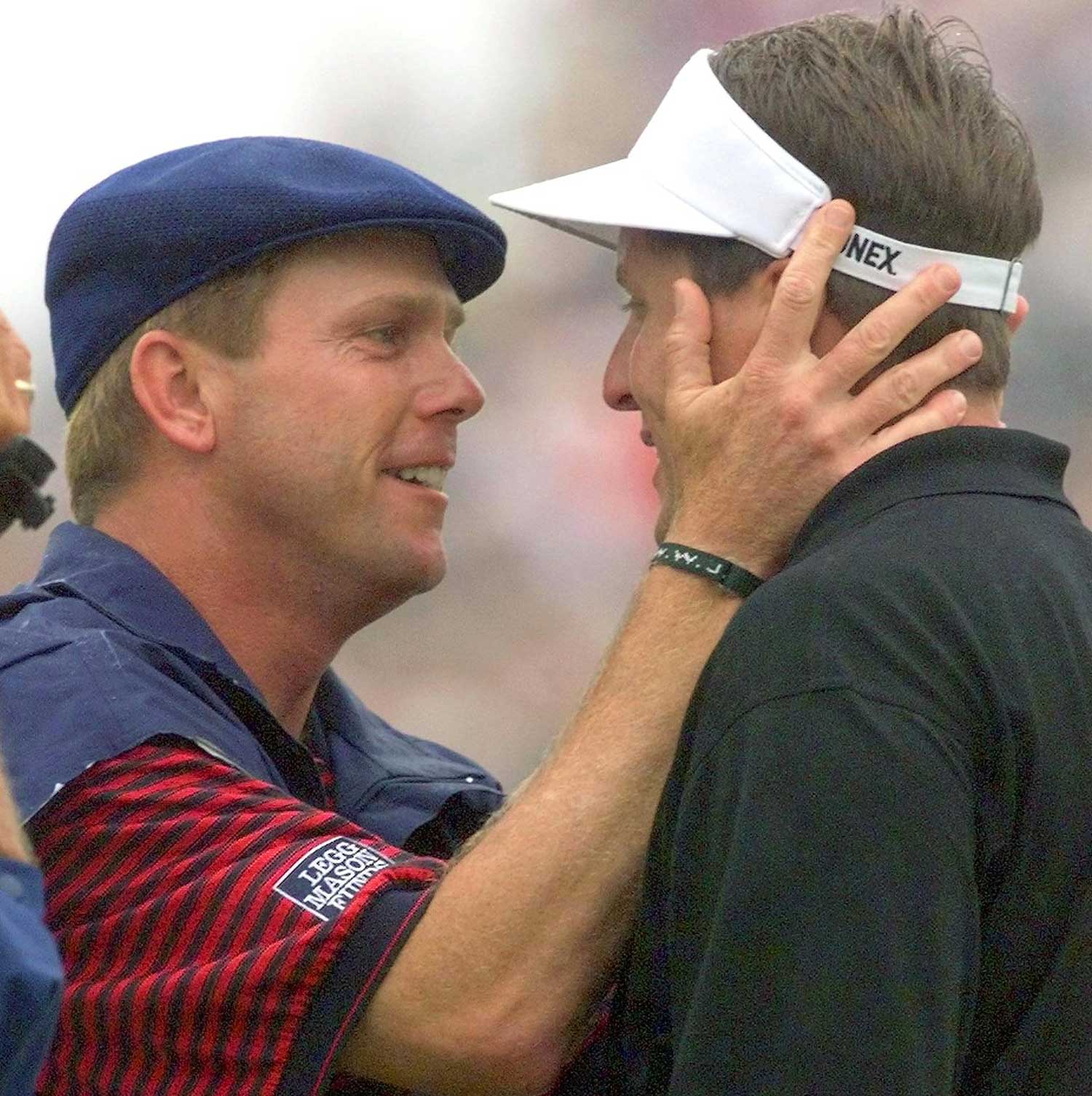 In a thrilling and historic finish at Pinehurst in 1999, Payne Stewart rolled in a bending 15-footer for par at 18 to lasso the title from Phil Mickelson. “I couldn’t believe my eyes,” Stewart said of his winning putt. Mickelson, who had just barely missed his birdie putt moments earlier, couldn’t believe his eyes either. 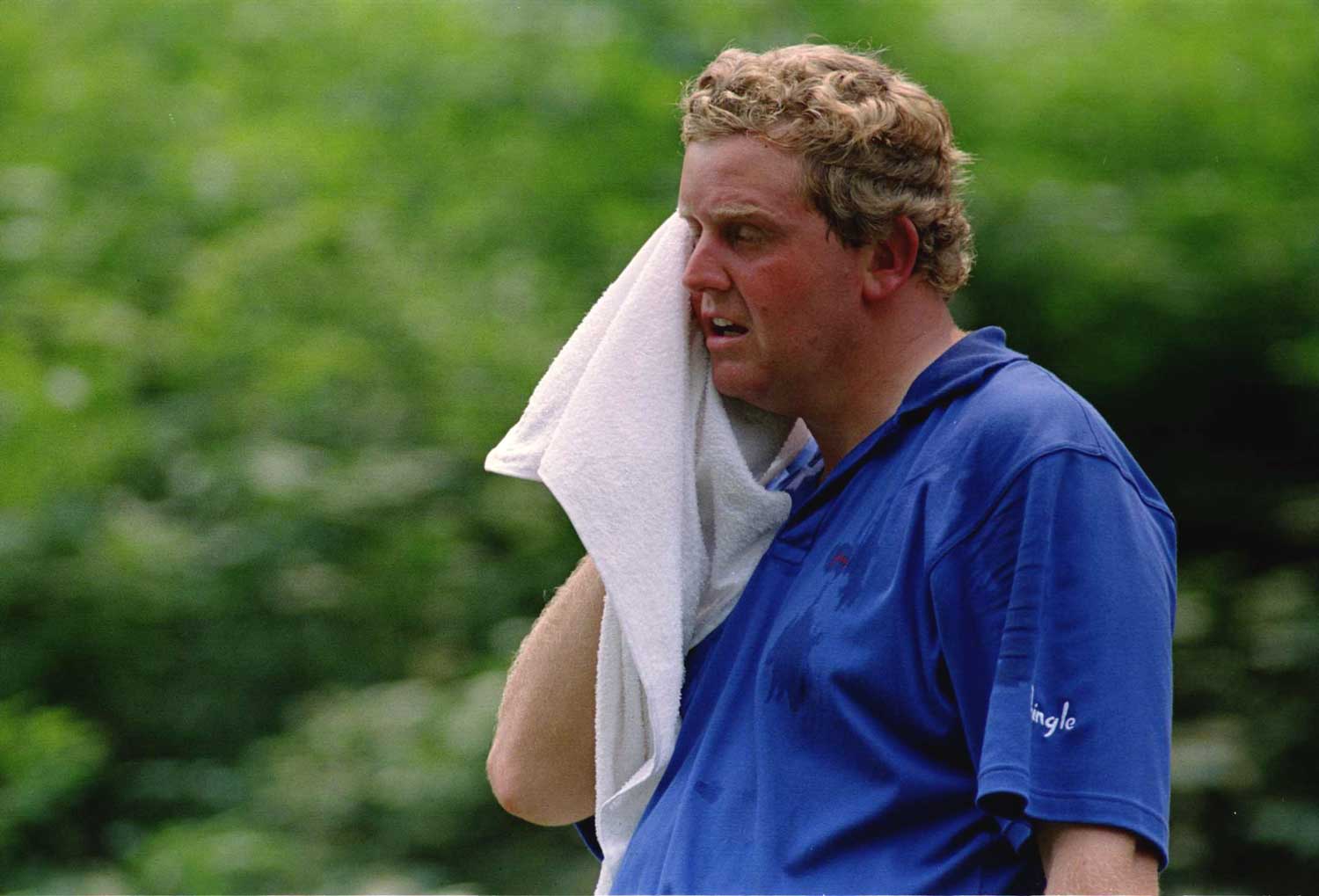 This is what Oakmont in June can do to a man. A cherry-faced Montgomerie battled commendably on Sunday, shooting a 70 to sneak into a playoff with Ernie Els and Loren Roberts. But in scorching heat on Monday, a worn-out Monty quickly wilted, limping home with a 78 to lose by four. 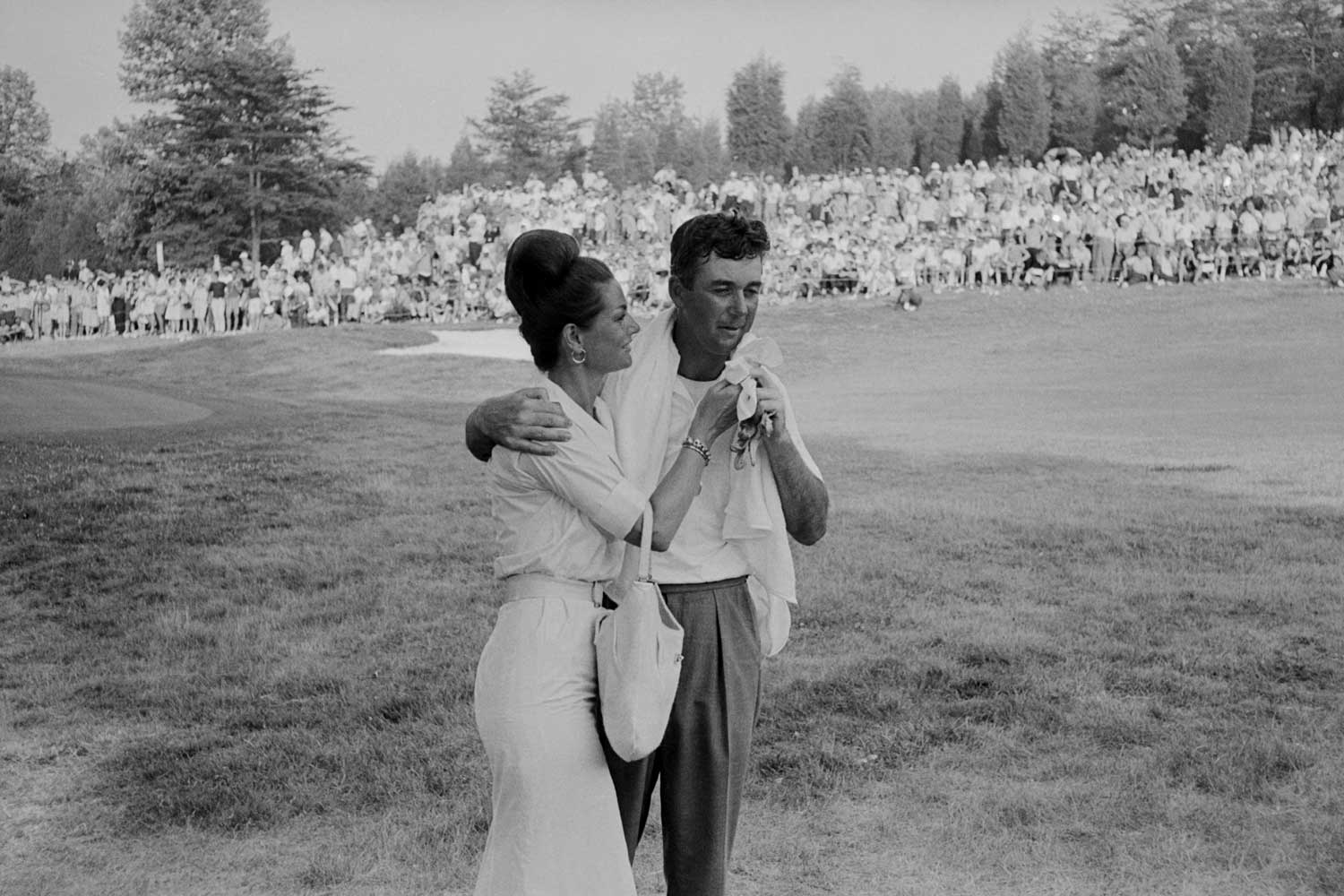 Champions are rarely victims, but on an oppressively hot Sunday at Congressional Country Club in Bethesda, Md., Venturi was the exception. At the close of the third round — this was when the final 36 holes were played on the same day — Venturi, visibly wracked by heat exhaustion and dehydration, missed two tap-in par putts. At the intermission, Venturi’s physician fed him tea and salt tablets and advised him to withdraw. Venturi declined, and with his doctor trailing him with ice packs, shot even par over the next 18 holes to win by four. When it was all over, his then-wife, Conni, gave him a shoulder to lean on. 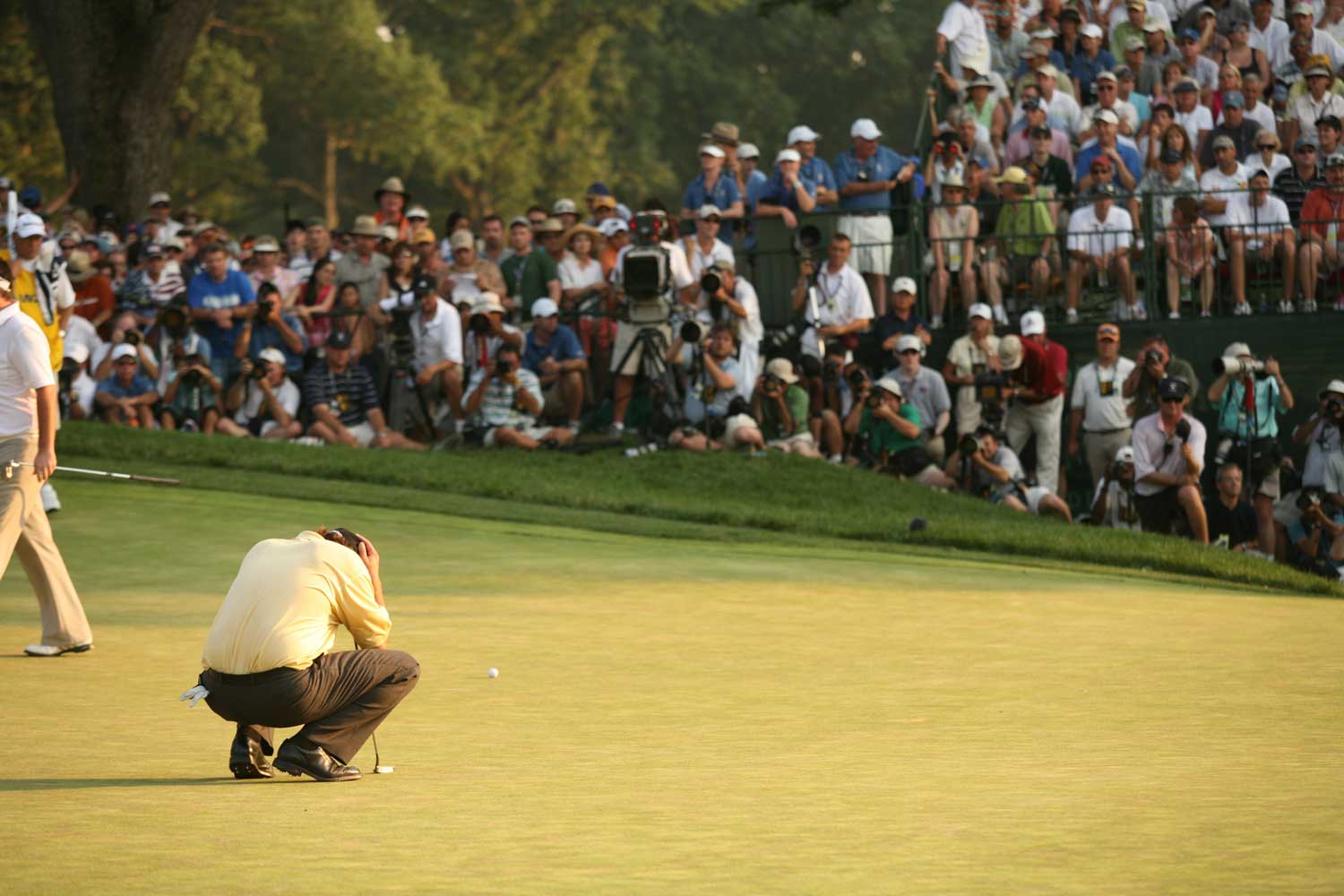 As the curtain dropped on Phil Mickelson’s 72nd hole tragicomedy at Winged Foot in 2006, the stunned protagonist squatted like a catcher on the 18th green, closed his eyes and burrowed his head in his hands. A bogey would have won the U.S. Open, but he made double. The moment, caught by dozens of flashing cameras, became an indelible symbol of how suddenly the U.S. Open can make a grown man literally buckle at the knees.