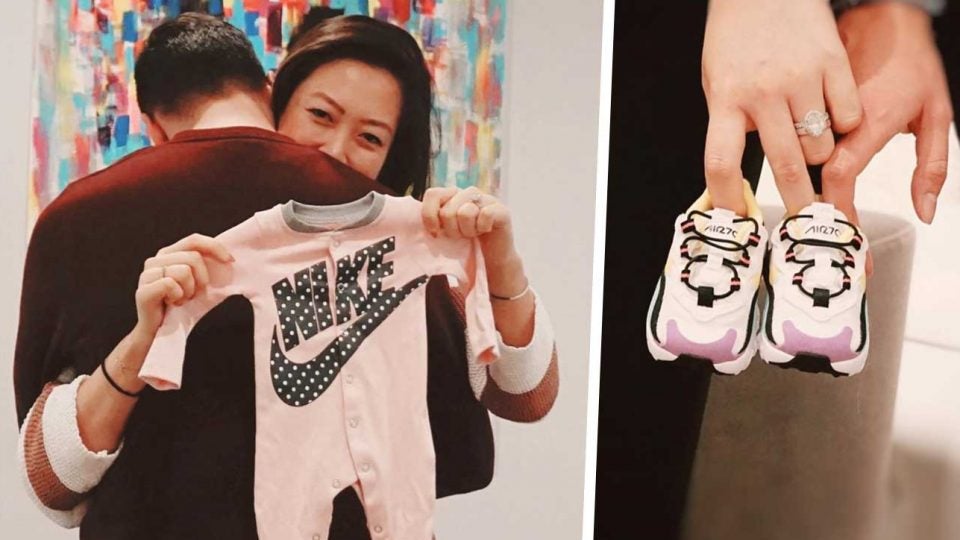 Baby West is on its way for Michelle Wie and her husband.
Instagram.com/michellewiewest

Michelle Wie has no plans to rush back to the golf course right now, and that’s just fine. Wie announced Thursday that she is pregnant with her first child, with husband Jonnie West.

Wie and West are expecting a baby girl sometime in summer 2020, as announced on Instagram via photos of baby shoes, West’s sheepdog wearing a “Big Brother” shirt, and another of the couple and a tiny Nike onesie. Rest assured, this baby will be a fashion-forward toddler, and expect to see that hashtag “BabyWest” used frequently in the coming months.

Babygirl, we love you so much already and we just can’t wait to meet you this summer!! #BabyWest ??

It’s been a big year for Wie, even if most of her news has come off the golf course. Wie and West became engaged in early March, which quickly led to a Beverly Hills wedding in August. Wie also made her on-camera debut for Golf Channel during the Solheim Cup in September.

Wie turned 30 in October, and while she struggled to rehab her ongoing wrist injury, she was able to lock down a contributor role for multiple events for CBS, including the Masters. And now, a baby on the way. Good luck to Momma Wiezy.