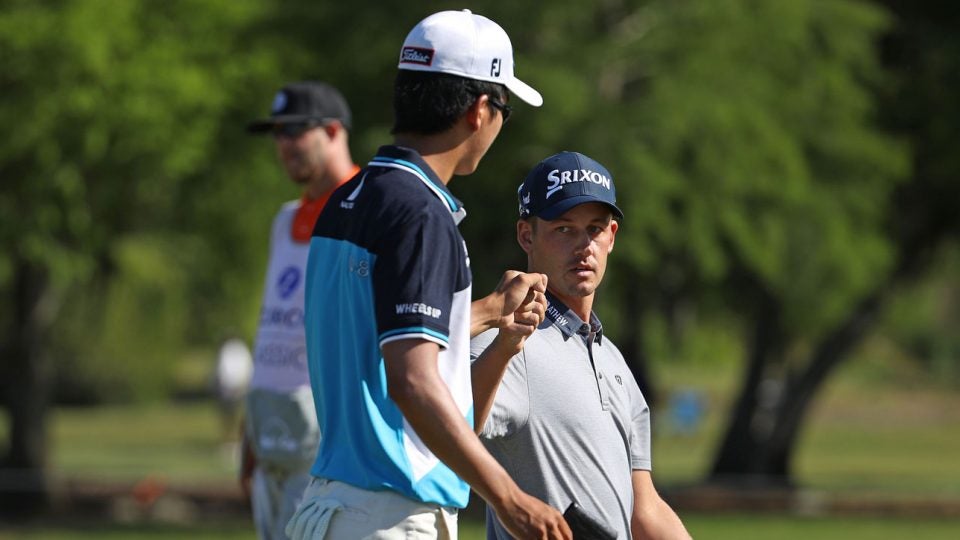 Kevin Kisner and Scott Brown nearly won the Zurich Classic last year after Kisner’s stunning chip shot forced a playoff that they eventually lost. Another good round Friday put the duo back in contention at TPC Louisiana.

Kisner and Brown shot a 2-under 70 to pull within one shot of leaders Michael Kim and Andrew Putnam.

The format switched to alternate shot for the second round, with one player hitting the tee shots on even-numbered holes and the other on odd numbers. Kim and Putnam made five birdies and were able to recover from a double bogey on No. 5 for a 69 and a 13-under 131 total.

Kisner and Brown are comfortable in the event that switched to a team format last year. Kisner made a 95-foot chip for eagle on the final hole last year, forcing a sudden-death playoff that they lost on the fourth hole to Cameron Smith and Jonas Blixt.

The tournament goes back to best-ball play Saturday. The final round will be played in alternate shot.

“Hopefully, we just give ourselves a shot going into Sunday, you know, and go from there,” Kisner said. “I still think tomorrow is going to be kind of a shootout day, so probably have to shoot something low.”

Bubba Watson and Matt Kuchar shot a 67 to pull within four shots of the lead. They made seven birdies, which helped offset a double bogey on No. 12.

Masters champion Patrick Reed and Patrick Cantlay are still in contention after shooting a 71. They’re five shots off the lead.

Jordan Spieth and Ryan Palmer missed the cut by one stroke after making double bogey on the final two holes. Spieth was largely to blame for the collapse, hitting into the water on both holes.

“I cost our team an opportunity, which, you know, really sucks given how hard we fought today,” Spieth said. “It’s not a good feeling. It’s much worse than if it’s just you.”

Spieth wasn’t the only big name that struggled in the tournament. Reigning PGA Championship winner Justin Thomas and Bud Cauley missed the cut after their second 70.

The co-leaders following the first round struggled. Chez Reavie and Lucas Glover shot a 75 to fall four shots behind the leaders. China’s Zhang Xinjun and Dou Zecheng shot 80 and missed the cut.

The teams of Chad Campbell-Matt Jones and Nate Lashley-Rob Oppenheim were tied for third, two strokes back.