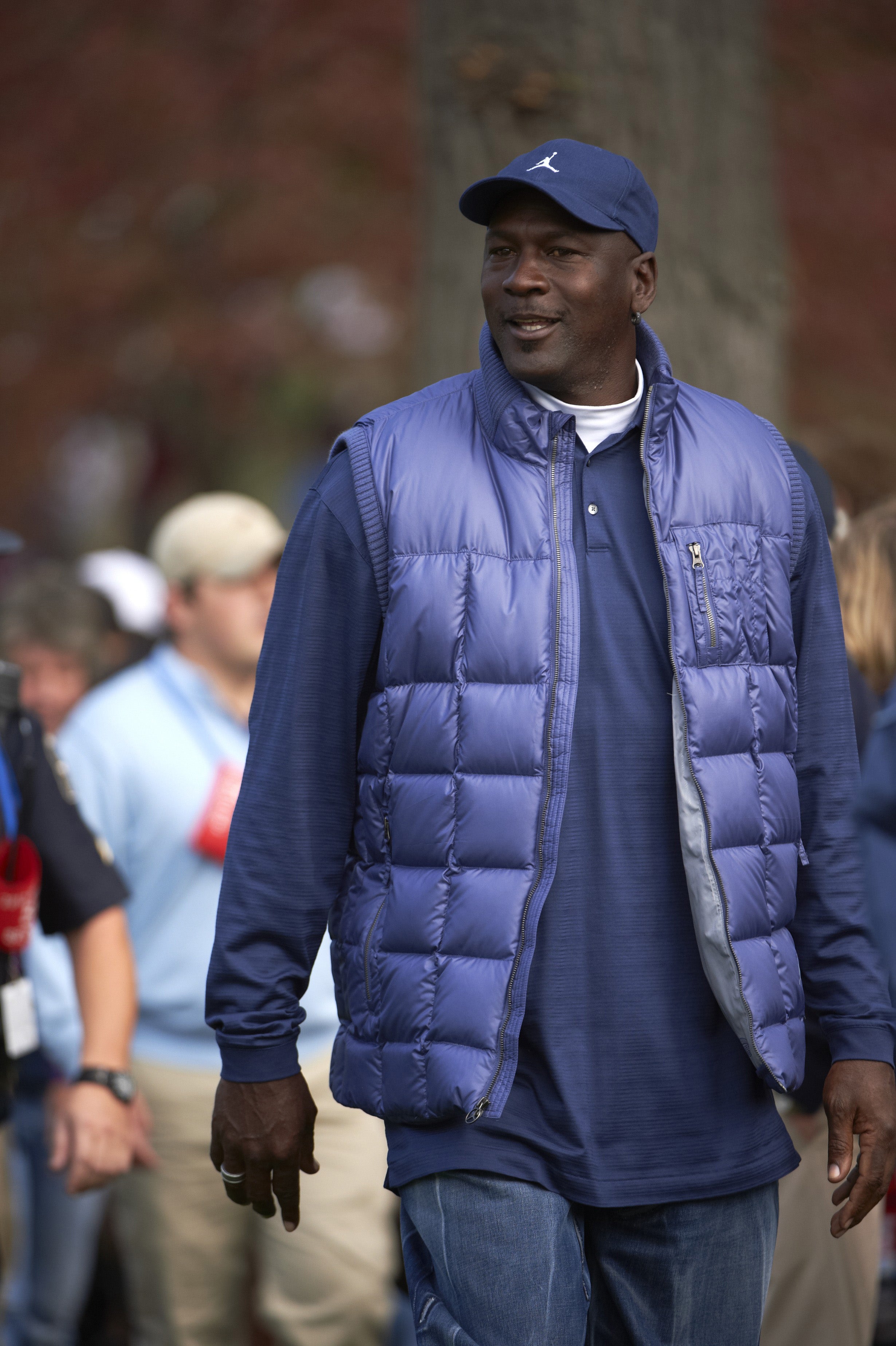 Michael Jordan at the 2012 Ryder Cup at Medinah. Jordan is exploring building his own private golf course in Florida.
Robert Beck/SI

As an NBA franchise owner, Michael Jordan has yet to build a team that lives up to his championship standards.

Maybe he’ll have better luck with a golf course.

According to several sources with ties to Jordan, the basketball legend is exploring the possibility of building his own private club in Florida, an exclusive retreat with a tiny membership hand-picked by His Airness himself.

A PGA Tour pro who lives in Florida and is friendly with Jordan confirmed the story. Jordan’s business manager, Estee Portnoy, did not respond to a request seeking comment.

Sources say that Jordan’s course ambitions have been fueled in part by his dissatisfaction with goings-on at the Bear’s Club, the Jupiter club where MJ is a member and owns a lavish home.

Those sources say that Jordan has grown frustrated with pace of play at the club.

“Michael likes to play fast and he can’t stand it when people won’t let him through,” said a golf-industry insider who knows Jordan and who has spoken with several Bear’s Club’s members. “That happens enough out there that he’s gotten fed up.”

According to the same source, who requested anonymity, Jordan has secured the option on a plot of land in nearby Hobe Sound, just south of the luxe Medalist Golf Club, which counts Tiger Woods and Rickie Fowler among its members.

Jordan’s vision, the source said, is to hire a top designer and invite a limited number of like-minded golf buffs to join the club.

“He’s going to keep it small, probably fewer than a hundred,” the source said. “Fellow athletes, buddies, and other people who come highly recommended.”

Brad Faxon, a PGA Tour veteran and Fox Sports golf analyst, said that he assessed the same property at the request of a golf instructor, Mike McGettrick, who at one point was contemplating building a practice facility on the site.

“It’s got potential,” Faxon said of the property. “But it would take a lot of work. It has what looks like sandy soil but the land itself is flat and there’s none of the infrastructure you’d need for a golf course. If you did something there, it would have to be pretty special.”

Faxon said that Greg Norman had also looked at the land for a potential golf-related project, but that nothing had come of those exploratory tours. Representatives from Great White Shark Enterprises, the golf course development and lifestyle company that Norman runs, declined to comment. Norman himself was unavailable.

A source close to Jordan said that golf-course architect Tom Doak is Jordan’s top choice to build the course. Doak did not respond to requests seeking comment.

For everyday golfers, Jordan’s reported dissatisfaction with the Bear’s Club may be hard to fathom. With only a few hundred members and reported initiation fees of $90,000, the club hardly qualifies as overrun.

Its gated entrance gives way to lush, sprawling grounds, with expansive home sites and the kind of tropical quietude big money buys. Rory McIlroy and Luke Donald are members. So are Ernie Els, Keegan Bradley, Camilo Villegas and Michelle Wie. The club’s exclusive air was said to be part of the initial draw for Jordan, who bought land and built an 11-room mansion in the private enclave in 2010 for a reported total of $12.4 million.

But what good is all that privacy if the pace of play is too slow?

Known for his fierce competitiveness, his fondness for smack-talk and high-stakes gambling matches, Jordan also has a reputation as a lightning-fast player with no patience for slowpokes.

“He just steps up, hits, chews your ear off with smack talk and off he goes,” said a source who has played with Jordan. “If he knows the guys he’s with, he will not even wait. He’ll drive up to the green as you’re back in the fairway hitting. And if it’s up to him, his foursome will finish in two-hours and 40 minutes.”

That same source, who is friends with several Bear’s Club members, said that the club has been abuzz over Jordan’s course-construction plans.