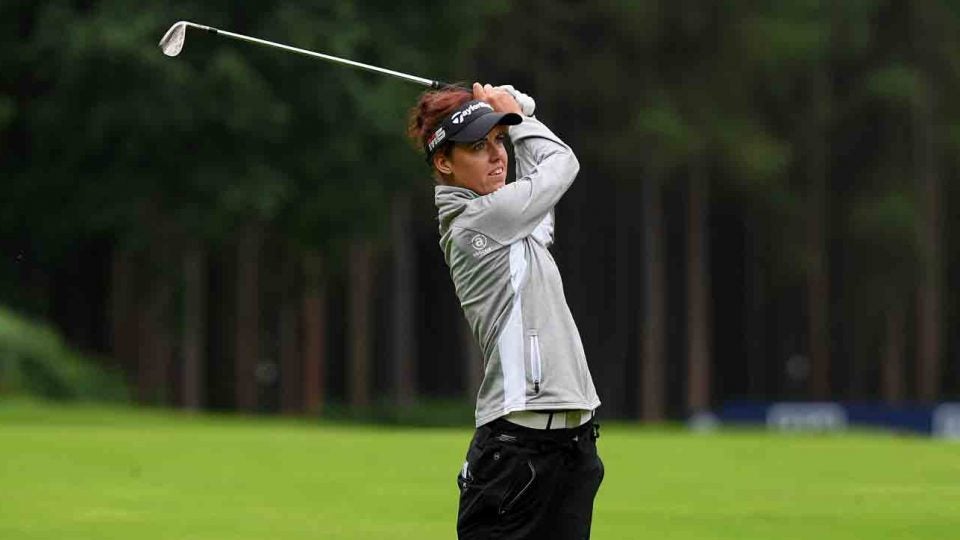 In a thoughtful interview with the Telegraph, Ladies’ European Tour pro Meghan MacLaren spoke out about the difficulties faced by women pros across Europe when compared with men.

MacLaren, who has been outspoken about the disparities in the men’s and women’s games, estimated that 200 European men are making a “decent salary” versus just five women. The differences are particularly evident, she said, when it comes to treatment from sponsors and equipment companies.

“Guys will get thrown equipment and money left, right and center,” she told the Telegraph. “The girls will struggle to find somebody who will give them 10 percent off.”

Some lucky players might get free equipment, she said. But those that get paid to play are certainly the exception rather than the rule.

MacLaren is aware of the financial motivations behind this breakdown. Companies are looking for exposure, and the LET gets limited TV coverage. Thus continues the vicious cycle. It’s why she explained the companies are more likely to back social media influencers than touring professionals.

“As tour players in Europe we can’t give them that exposure,” she said.

“I think the LET needs a massive influx of money. If you look at women’s football they are in a different place to women’s golf, but it needs a company like Barclays to come along and say, ‘we are going to invest in this and help you do things you can’t on your own’.”

You can read the rest of the interview here.