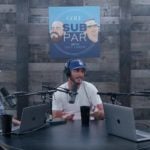 Max Homa has never held back in his Twitter swing roasts.

Max Homa has quickly become one of the most endearing personalities on the PGA Tour. In addition to his on-course demeanor, his loveable character has attached itself to the millennial generation through his Twitter profile.

He gained thousands of followers last May after his win at the Well Fargo Championship. Fans tuned into his feeds to get a glimpse of his honest, unfiltered takes in a sport where the biggest stars can sorely lack authenticity. But his swing roasts have catapulted his Twitter fame even higher.

The premise is simple: followers send in their swings to Homa and he playfully critiques them. The roasts started late last year and have since taken off as hordes of fans line up to have Homa do his worst.

On a recent episode of GOLF’s Subpar, the 29-year-old explained the genesis of the roasts and his hopes that the light-hearted posts make people smile. Homa’s roasts have become so notable that even celebrities have gotten in on the fun. That brings us to the swing roast that Homa says was his most nerve-wracking yet — Cody Bellinger.

“My buddy texted me, he’s like ‘Yo, Cody Bellinger is going to send his swing, so you’ve got to do something funny’” Homa said. “Cody Bellinger is like my hero. Big Dodger guy … I got nervous. I went in the corner at Bottle Blonde and sat there and thought for like 10 minutes. I was like, ‘BE FUNNY!’”

With the pressure on, Homa delivered.

He admitted that as time has gone on, the funny quips have been harder to come by and so he’s toned down his output. But even as he executes the roasts less and less, he still isn’t ready to retire the act just yet.

“It’s a novelty act that’s run a bit of its course,” Homa said. “But I’ll still do it here and there.”

Check out the entire podcast below as Homa discusses swing roasts, his epic battle with Rory McIlroy and the chip he carries on his shoulder.