Joel Dahmen, Max Homa and Jason Dufner were all tied for the Wells Fargo Championship lead through 54 holes in Charlotte, N.C., but Rory McIlroy and Justin Rose were among those chasing in Sunday’s final round at Quail Hollow Club. Here’s what you missed on Sunday.

How it happened: Homa was in the final group and made the turn in two-under 33 to take a one-shot lead over Dahmen with nine to play. He made another birdie on 11 to get to 15 under, which is where he stood when the horn blew to stop play due to dangerous weather passing through the area. After the 62-minute delay, Homa sank his short par putt on 14 and his lead was three with four to play. He birdied 15, bogeyed 16 and parred the last two to beat Dahmen (12 under) by three. 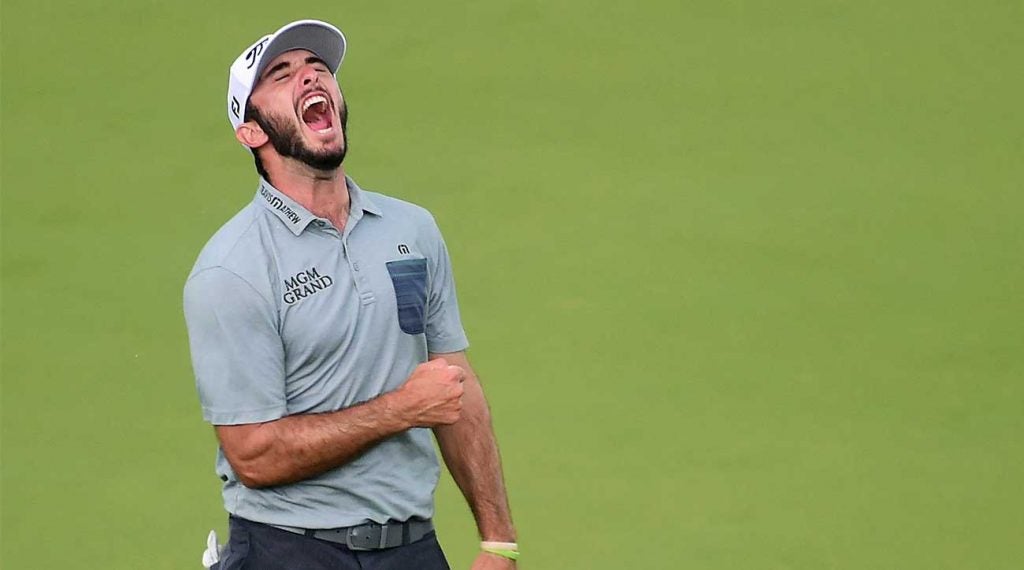 Why it matters: It’s the first career PGA Tour victory for Homa, a 28-year-old ranked 417th in the world who won the 2013 NCAA individual championship. He lost his card in 2017 when he made just two of 17 cuts, but after a year on the Web.com Tour he found his way back to the PGA Tour in 2019. The year didn’t start well, as he missed six straight cuts from October to January, but he turned it around and missed just one cut in seven stroke-play events entering this week. His best finish this season was previously a T10 at Pebble Beach. He’s now earned a two-year exemption on Tour and will make his Masters debut in 2020.

Who lost: McIlroy started the day two shots off the lead yet was still considered the favorite to win at Quail Hollow, a place he’s won twice before. But McIlroy went bogey-double bogey on 9 and 10 and didn’t make his first birdie until the 13th. He shot 73 and tied for 8th.

Best shot when it mattered: It wasn’t a long or tricky putt, but after a 62-minute weather delay Homa rolled in a par putt from five feet, six inches on the par-4 14th hole, keeping his lead at three. He successfully avoided the momentum-killer.

Over an hour delay while trying to win for the first time on TOUR.

Up next: The AT&T Byron Nelson heads to Trinity Forest in Dallas, Texas, for the final tune-up before the PGA Championship at Bethpage Black on Long Island. This is the second straight year the Nelson has been at Trinity Forest (Aaron Wise won last year). Jordan Spieth, Patrick Reed and Brooks Koepka headline the field, which also includes former NFL quarterback Tony Romo, who received a sponsor’s invite.