PINEHURST, N.C. — Thirty-nine days after hoisting the NCAA Championship trophy for Stanford, Isaiah Salinda was in Minnesota at the 3M Open.

Salinda was there with his girlfriend’s family, taking in the inaugural event as a fan, and they all witnessed the baptism of two new stars on the PGA Tour: Matt Wolff and Collin Morikawa. Wolff, 20, won the event with an eagle on the 72nd hole, earning his Tour card. Morikawa, 22, birdied the last to lose by one, all but guaranteeing himself status on Tour as well.

For the new event and the many proud Minnesotans who attended, it was fantastic watching the future of the PGA Tour take form. That was true for Salinda, too, but he was watching people he had…already beaten.

“It was really fun to watch,” Salinda said Wednesday after winning his first match at the U.S Amateur. “I was definitely a bit jealous, but that motivates me to get out there as soon as I can … I know I’m good enough to compete with them because I was able to do it in college.”

‘Out there’ in this scenario is better known as the PGA Tour, golf’s most elite institution, which can feel both inches and lightyears away for amateurs here at Pinehurst. For Salinda, the Tour was somewhere on that spectrum — he’s not sure exactly where — and all around campus at Pinehurst this week, there are countless others like him: incredibly talented amateur golfers bound for the pro game, who also could make a Wolff- or Morikawa-like splash when they get there. To see it happen as quickly as it did — Wolff won on just the 40th day after his college career ended — was a pot-stirring moment for talented ams everywhere. If he can, why can’t I?

The jealousy that sprouted in Minnesota only grew three weeks later when Morikawa bagged a victory of his own at the Barracuda Championship in Reno. He and Wolff no longer have to worry about sponsor’s exemptions, writing letters to tournament directors or trying to edge their way into fields. Two hundred miles southwest, Salinda was busy defending his title at the Pacific Coast Amateur, where a year ago he beat both Morikawa (by six shots) and Wolff (WD). 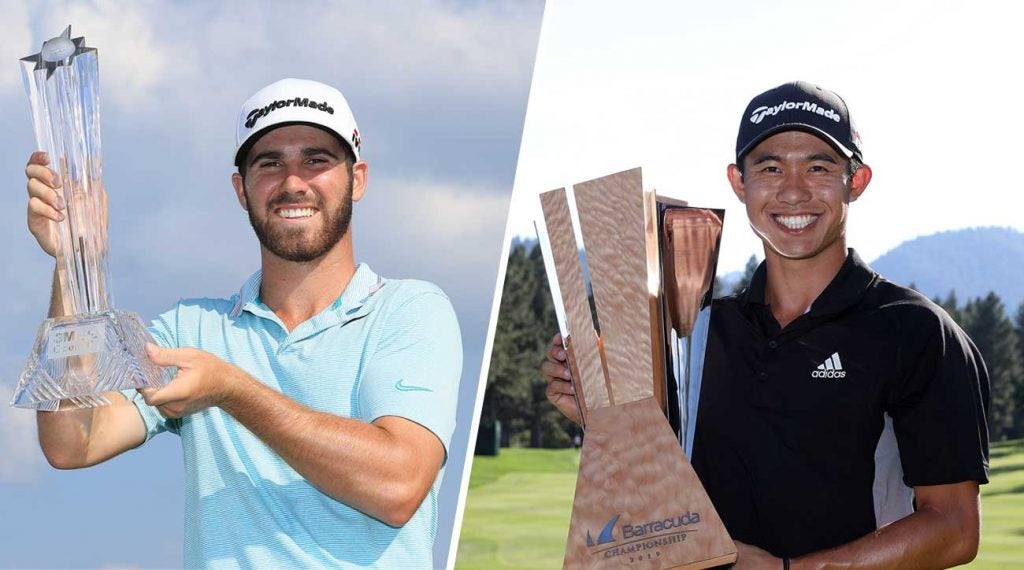 Salinda’s perspective serves as a reminder of the extremely thin line between elite amateur and professional golfer. That line is thinner than ever because of guys like Wolff and Morikawa — and players separating themselves will only continue to get more difficult in the years to come if Salinda and others continue on their path.

Austin Eckroat finished runner-up at that 2018 Pacific Coast Am, just one stroke back of Salinda. He’s here at Pinehurst, too (at least he was Wednesday afternoon before losing his first match). Eckroat is a rising junior at Oklahoma State and has more pro golf surrounding him than perhaps any other amateur in the world. For starters, his best friend won that 3M Open.  And his roommate is Viktor Hovland, another former Cowboy bound for pro golf stardom, who won the U.S. Amateur a year ago. It was Hovland’s 2019 season that pushed the USGA to alter a rule about pros playing its events via amateur exemptions.

“Seeing them doing well,” Eckroat says, “you’re like, ‘I can do the same thing. Let’s go. I’m ready to get out there.’” From where he sits, that path to the Tour looks like a four-lane interstate. For most players, it’s more like a winding country backroad.

How dangerous is it to urge ones self away from amateur golf and toward the pro ranks? Sobering lessons abound in the history books of the U.S. Amateur, the most famous amateur event this side of the British Isles. Scroll past the successful names of DeChambeau, Fitzpatrick, Moore, etc. and you find Steven Fox, Nick Flanagan, Ben Dickerson and other one-hit wonders who, despite ascending to peak amateur stardom, never accomplished storied pro careers. Amateur greatness promises no professional glory, though it almost always pushes players to consider it. 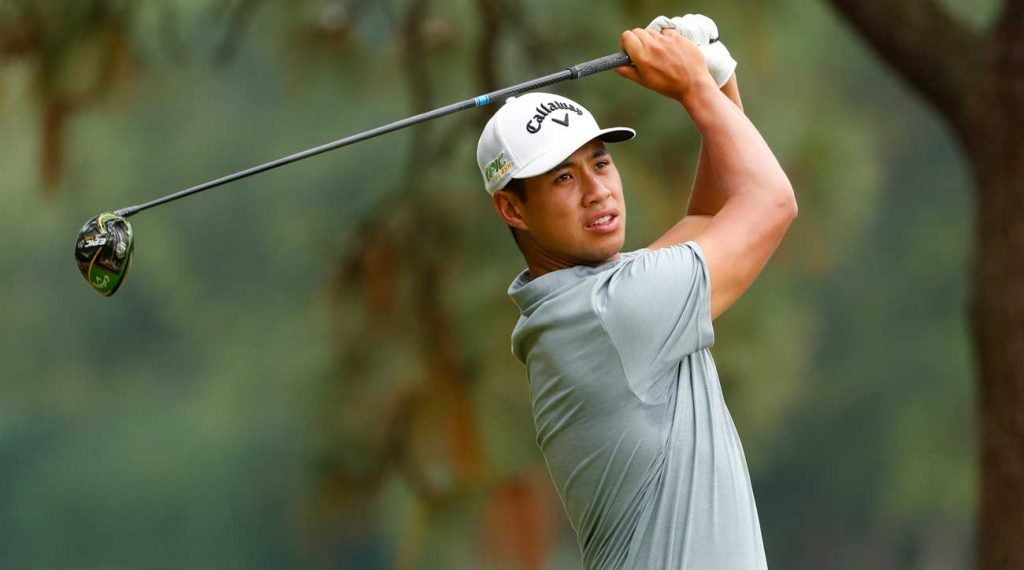 Isaiah Salinda's Stanford team may have won the championship, but a couple of his collegiate opponents have launched successful pro careers while Salinda waits for his turn.
Courtesy USGA

Eckroat is quick to note pro golf will always be there, and for him, the 24th-ranked amateur in the world, he’s probably right. He’s committed to playing out his next college season at OSU, and he’s hopeful he’ll play in the Walker Cup and turn it all into a higher ranking, sponsor’s exemptions and endorsements, just like his best friend and roommate. Life is good for the best of the best.

Others are not quite as patient. Julien Sale, a 21-year-old from France and the man who sent Eckroat home after 19 holes, feels ready, even if his World Amateur Golf Ranking doesn’t quite agree with him. Sale is 270th in the ranking this week and competing in his first “Elite” amateur event. On paper, he advanced to match play and knocked off one of the best amateurs in the world, and the transitive property of strokes gained has him thinking big.

“It’s pretty nice that [Matt Wolff won], because it shows me that if he did it, I can do it,” Sale said. “I feel like I’m playing pretty well and competing in this tournament against the best in the world, I feel like I have a good chance to do what he did.”

Sale plans to play the fall season at Arkansas State in hopes of raising his amateur ranking, and then taking on Korn Ferry Tour Q-School concurrently. If he makes it through Q-School, that’s it for school school. He’ll turn pro right then and there.

As for Salinda? He’s riding it out. He’s already sent letters to tournament directors for the 2020 PGA Tour season. He’s bound to earn a sponsor’s exemption or two. A victory at Pinehurst is just icing on his amateur cake before pro life takes over. “Everyone’s path is different,” he said. “To do what they did is rare. I’m not expecting to do it like they did, but it could happen. It could happen a million different ways.”