Matt Kuchar has made it particularly clear this year that he does not spend a lot of time online. This is mostly a good decision. Just this year, the man has gone through the Great Tipping Scandal, the Awkward Sergio Putt Scandal and the Mysterious Pitch Mark Scandal. If he had social media accounts, his mentions would be a dark, terrifying place.

Instead, Kuchar exists in the real world (his real world, at least), where choruses of “Koooooch” drown out the bad-tipper jokes, where he’s playing arguably the best golf of his career and has a very legitimate chance at banking $15 million dollars this week. He’s free of the painful self-awareness that comes from constant internet feedback, and as a result he dances to the beat of, well, something.

Why this mattered again on Thursday of the Tour Championship is because Kuchar was blissfully unaware of Brooks Koepka’s ESPN the Magazine Body Issue photoshoot, which had flooded social media with mostly-nude shots of Koepka in various golf poses.

May we all bow down for the one true king. pic.twitter.com/q3FnNzQnHE

As a result, Kuchar reacted to the news in real time when asked about it by a member of the media (first spotted by Brendan Porath). This led to a genuine exchange, transcribed below:

Q: Have you seen Brooks’ photos, the Body Issue?

Q: If you want to see nude Brooks Koepka photos, they’re out there.

Q: Referring to ESPN the Magazine.

Kuchar: I thought you were really telling me — I wanted to see that. All right. Maybe next time.

The Tiger Woods photos Kuchar is referring to are not of the sort that we will link to from this website, but suffice it to say they were shot in a different style than Koepka’s ESPN shoot. As for Kuchar earnestly hoping for some leaked intimate Brooks Koepka photos? It might not be the brand messaging we’d see from his hypothetical Instagram account, but it’s delightfully honest. And it may bring Kuchar one tiny step further in his image rehab, the PGA Tour’s relatable, slightly-out-of-touch Skechers-wearing Golf Dad. After all, we already know the guy can take a joke.

But there’s one more question lurking, one Kuchar will inevitably have to face if he lingers near the Tour Championship lead after opening with a four-under 66. If he takes down that $15 million first prize, what will he pay his caddie? 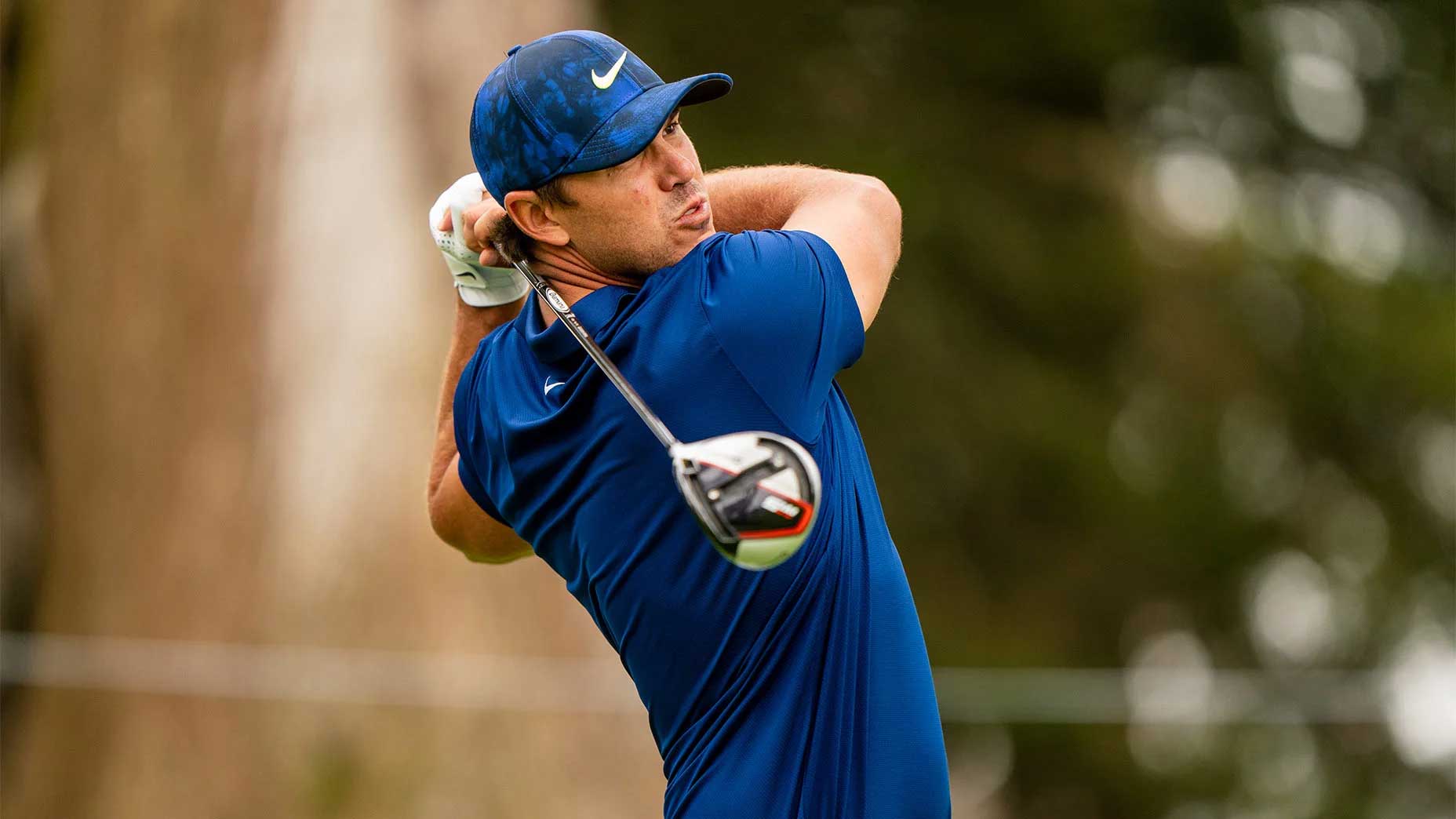